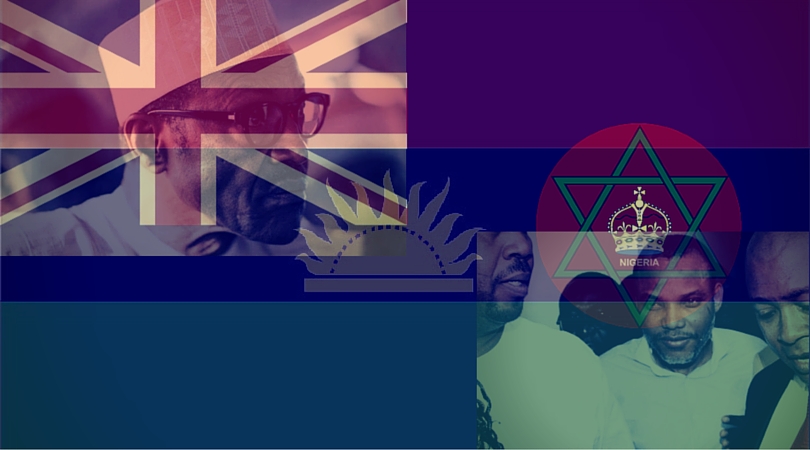 In 1914 the British took three distinct areas, Lagos Colony, Hausa, and Biafra and forced them together. This action was congruent with a similar policy in Iraq, Afghanistan, Israel, and India.  The British had a particular paternal view of their colonies and because they decried the seemingly evil policies of France, Germany, and Belgium, they promoted their policies as civilized and caring.

Nothing is further from the truth. Most of the countries listed above are still suffering from the conflict oriented policy of the British Empire in the early 20th century.  This policy thrived on forcing rivals to share space and backing non-indigenous peoples as rulers or agitators in that space.

The Igbo in Nigeria make up the third largest tribe, but in Biafra they are well in the majority. The fact that Nigeria as  a British backed government has forced the Igbo to suffer at the hands of their worst enemies is only due to British interests. Before 1914 the Hausa never had access to the cost. The British backed them by forcing Biafra into Nigeria, thus paving the way to suppressing what they saw as the biggest threat to British control, Biafran independence.

A similar set of circumstances occurred in Israel.  As the early Jewish residents busied themselves with building their Land and preparing to bring more and more Jewish exiles back home, the British decided to offset the rapid Jewish growth with new Arab workers and immigrants.  To be fair this policy began with the Turks who allowed and encouraged Arab migration from other areas in the Ottoman Empire to the Land of Israel in order to offset the success of the early Zionists.  Arabs often point out that they had lived in the Land of Israel for centuries, but they use statistics from 1912, because that was the year they finally became significant enough as a population throughout the Land. The British continued this policy, going as far as banning Jewish immigration altogether.

As mentioned above, a similar policy was implemented in Iraq, Afghanistan, and India. The British kept their rule in a all of these places by stirring discontent and thwarting independence movements through bribery and conflating the local leadership and colonial government.

To truly be free and rectify the sins of European colonialism, Biafra must be allowed its independence.  Israel needs to harness its resources and influence to force this outcome.  They can do this by using the South-Sudan model or by encouraging its new found East Africa partners to push for Biafran independence.

If Israel fails at setting a clear strategy in a flailing Nigeria, it risks losing a potential ally as well as a bulwark against expanding Islamic influence. Bibi has been adept at sensing and grabbing onto the shifting currents in the Middle East and Africa.  Biafra is key to his current strategy of building trusted and reliable allies in the former European colonies in Africa. It would be wise for him to formerly push for a stable and free Biafra.