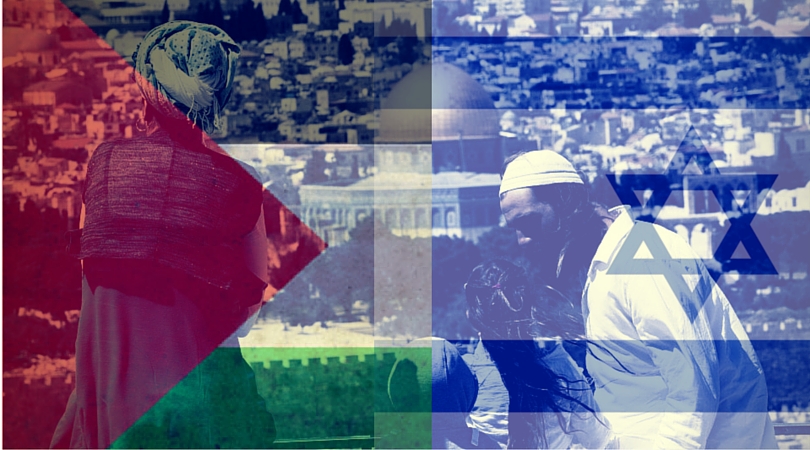 Decades have now gone by since the immortal words of Motta Gur, “The Temple Mount is in our hands!” blared across Israeli radio. The world took a collective breath as the Jewish people regained their ancient capital.  Despite the miraculous victory, the secular elitists chose to hand the keys to the Temple Mount over to the Jordanian Wakf.  After all, the rabbis declared it forbidden to ascend to our holiest site. This is despite the fact that, rabbinic sages of the past like the Rambam ascended to the Temple Mount with no qualms.

Despite the security ban on public display of prayer on the Temple Mount, more and more Jews are ascending the mount.The issue has moved from the fringe of the Israeli body politic to the center.  Led by Rabbi Yehuda Glick and Rabbi Richman, the Temple Mount movement uses the most basic argument there is, freedom of worship.

This argument alone has compelled most on the right and many in the center to support Jewish prayer rights on the Temple Mount.  Even the Supreme Court, known usually for its leftward judicial activism has supported unhindered Jewish prayer at Israel’s most holiest spot.  The government though, through the security establishment has clamped down on Jewish prayer citing unofficial agreements with the Jordanians on following the legally fictional status quo.

Jews that pray are systematically hauled off the Temple Mount and arrested by security officials.  The arabs, who typically use the area to lay soccer or even urinate magically appear offended at the notion that Jews are using the area to serve the Creator. This plays into the security establishment’s fear of sparking more and more violence, when in fact there would be violence anyway.  What the arab street is done is use that fear to stake and hold de facto control over the Jewish Nation’s holiest spot.  Rabbinic leadership, mostly within the ultra Orthodox are happy to oblige the arabs.

The Temple Mount is the key to the next stage in the collective redemption of Israel and the world. The awakening in the world about justice, peace, and global rectification is due to the reconnection of the Temple Mount to its rightful caretakers.  The possibility of actual change brings with it an equal level of opposition.  Those groups that fear the unknown and the future, fear an open policy of prayer on the Temple Mount.

With all of this in mind, it is no wonder that even today the growing outrage by normal Israelis over  a lack of true freedom of worship on our holiest spot is on the rise. Nationally speaking, the dam is about to burst. Perhaps this is why even singing Hatikvah is forbidden.  For if those that fear the future agree to disconnect the nation from its source, then the present quagmire that all of us find ourselves in may just continue for the foreseeable future. In that kind of world, the injustices that have grown steadily will continue reign over us all.