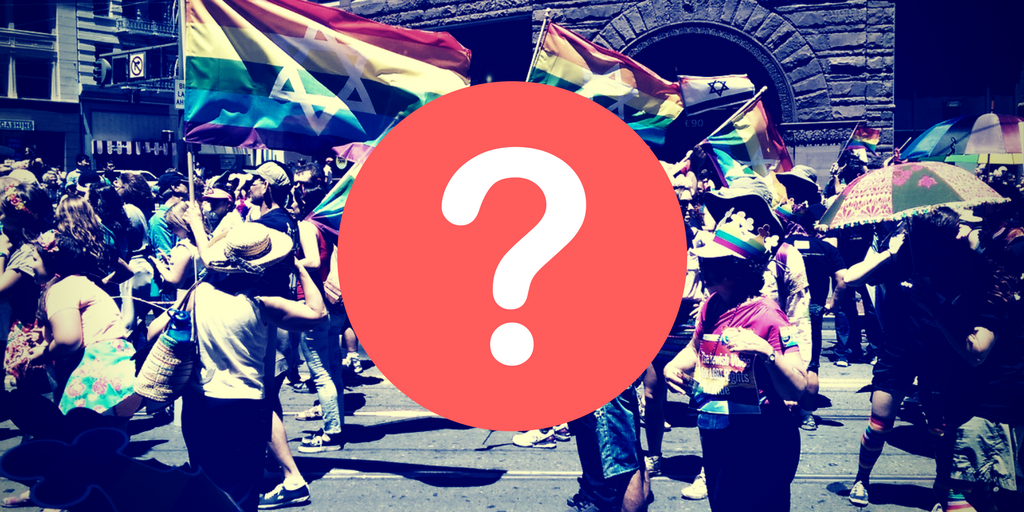 The key to strengthening and supporting the community is to bypass its failed leadership and speak and interact directly with American Jews.

As the New Year 5778 begins, 88% of Israeli Jews say that they are happy and satisfied with their lives. This makes sense. Israel’s relative security, its prosperity, freedom and spiritual blossoming make Israeli Jews the most successful Jewish community in 3,500 years of Jewish history.

The same cannot be said for the Jews of the Diaspora. In Western Europe, Jewish communities that just a generation ago were considered safe and prosperous are now besieged. Synagogues and Jewish schools look like army barracks. And the severe security cordons Jews need to pass through to pray and study are entirely justified. For where they are absent, as they were at the Hyper Cacher Jewish supermarket in Paris in 2015, assailants strike.

Western European Jewry’s crisis is exogenous to the Jewish communities. It isn’t the Jews who caused the crisis, which may in time cause the wholesale exodus of the Jews from Europe. The crisis is a function of growing levels of popular antisemitism spurred by mass immigration from the Islamic world and the resurgence of indigenous European Jew-hatred, particularly on the far Left.

The same cannot be said of the American Jewish community, which at the dawn of 5778 also finds itself steeped in an ever deepening crisis. And while antisemitism is a growing problem in America, particularly on university campuses, unlike their European counterparts, American Jews could mount and win a battle against the growing anti-Jewish forces. But in large part, they have chosen not to. And they have chosen not to fight the antisemites because they are in the midst of a self-induced identity crisis.

First, there is the problem of demographic collapse.

Earlier this month, a study of American Jews was published by the Public Religion Research Institute. It found that not only hasn’t the situation improved since the Pew survey was published, the trend toward assimilation and loss of Jewish identity among American Jews has accelerated.

In 2013, 32% of American Jews under 30 said that they were not Jews by religion. Today the proportion of Jews under 30 who say they have no relation to the Jewish faith has ballooned to 47%.

Not surprisingly, the wholesale abandonment of Jewish faith by nearly half of young American Jews has taken a toll on the two liberal streams of American Judaism. According to the study, the percentage of American Jews who identify as Reform or Conservative Jews is in free fall.

To be sure, the trend toward secularism and assimilation among US Jewry is not new. And over the years, Reform and Conservative leaders have adopted varying strategies to deal with it.

In 1999 the Reform movement tried to deal with the problem by strengthening the movement’s religious practices. Although the effort failed, the impulse that drove the strategy was rational. American Jews who seek spiritual and religious meaning likely want more than a sermon about tikkun olam.

The problem is that they also want more than a rabbi donning a kippa and a synagogue choosing to keep kosher.

Moreover, more and more American Jews are finding their spiritual home with Chabad. Today there are more Chabad houses in the US than Reform synagogues.

Unable to compete for Jews seeking religious fulfillment, the Reform and Conservative movements have struck out for new means of rallying their bases and attracting members. Over the past year, two new strategies are dominating the public actions of both movements.

First, there is a selective fight against antisemitism. While antisemitism is experiencing a growth spurt in the US progressive movement, and antisemitism is becoming increasingly overt in US Muslim communities, neither the Reform nor Conservative movements has taken significant institutional steps to fight them.

Instead, both movements, and a large swath of the Jewish institutional world, led in large part by Reform and Conservative Jews, have either turned a blind eye to this antisemitism or supported it.

On July 21 Shahin gave a sermon calling for the Jewish people to be annihilated. His Jewish neighbors in the progressive Jewish communities of Davis and Sacramento didn’t call the police and demand that he be investigated for terrorist ties. They didn’t demand that his mosque fire him.

Instead, led by the Oakland Jewish Federation, local rabbi Seth Castleman and the JCRC, they embraced Shahin. They appeared with him at a public “apology” ceremony, where he failed to apologize for calling for his Jewish colleagues, and every other Jew, to be murdered.

All Shahin did was express regret that his call for genocide caused offense.

On the other hand, the same leaders stand as one against allegations of antisemitic violence stemming from the political Right. In the face of an utter lack of evidence, when Jewish institutions were subjected to a rash of bomb threats last winter, Reform and Conservative leaders led the charge insisting that far-right antisemites were behind them and insinuated that the perpetrators supported President Donald Trump. When it worked out that all of the threats were carried out by a mentally ill Israeli Jew, they never issued an apology.

So, too, the Reform and Conservative movements, like the rest of the American Jewish community, treated the Charlottesville riot last month like a new Reichstag fire. They entirely ignored the violence of the far-left, antisemitic Antifa protesters and behaved as though tomorrow neo-Nazis would take control of the federal government. They jumped on the bandwagon insisting that Trump’s initial condemnation of both groups was proof that he has a soft spot for neo-Nazis.

The problem with the strategy of selective outrage over antisemitism is that it isn’t at all clear who the target audience is. Survey data shows that the more active Jews are in the synagogue, the less politically radical they are and the more devoted to Jewish causes they are. So it is hard to see how turning a blind eye to leftist and Muslim antisemitism will rally their current membership more than they already have been rallied. Moreover, the more radicalized Jews become politically, the more outlets they have for their political activism both as Jews and as leftists. No matter how anti-Trump Conservative and Reform leaders become, they can never rival the progressive forces in the Democratic Party.

Last June, the government overturned an earlier decision to build a passageway connecting the Western Wall Plaza with Robinson’s Arch, along the Southern Wall, where egalitarian prayer services are held. The government also rescinded a previous decision to have representatives of the Conservative and Reform movements receive membership in the committee that manages the Western Wall Plaza.

The government’s first decision was non-political. The Antiquities Authority nixed the construction of the passage due to the adverse impact construction would have on the antiquities below the surface.

As to the second decision, it is far from a matter of life and death. The committee has no power to influence egalitarian prayers for better or for worse.

And yet, rather than acknowledge that the decision was a setback but it didn’t harm the status of egalitarian prayer at the Wall, the Reform and Conservative movements declared war against the government and dragged much of the organized Jewish establishment behind them.

The Reform leadership canceled a scheduled meeting with Prime Minister Binyamin Netanyahu, and the Jewish Agency Board followed suit.

Six hundred Conservative rabbis signed a letter to Netanyahu accusing him of betraying Diaspora Jewry and announcing they would be forced to reconsider their support for Israel.

Ambassador David Friedman, who had just taken residence in Israel a month before the explosion, used his first public remarks as ambassador to call his fellow American Jews to order.

Friedman said, “Yesterday, I heard something that I thought I’d never hear before. And I understand the source of the frustration and the source of the anger. But I heard a major Jewish organization say that they needed to rethink their support for the State of Israel.

“That’s something unthinkable in my lifetime, up until yesterday. We have to do better. We must do better,” he said.

But in the intervening months, the Conservative and Reform movements have not relented in their attacks. They have ratcheted them up.

The thinking appears to be that if they can make this problem look like a life or death struggle between Israel and progressive Jewry, they can both keep their dwindling bases engaged and attract members of the increasingly anti-Israel Jewish far Left.

The problem with this is that just as they cannot outdo the Democratic Party in their hostility toward Trump, so the Conservative and Reform movements cannot be more anti-Israel than Jewish Voices for Peace and other anti-Israel Jewish groups.

The question for Israelis is what this failure of the mainstream American Jewish leadership means for the future of Israel’s relationship with American Jewry. Jewish survival and continuity through the ages has been predicated and dependent on our ability as Jews to uphold the commandment of the sages that all Jews are responsible for one another. As the most successful Jewish community in history, Israel has a special responsibility for our brethren in the Diaspora.

The first step toward fulfilling our duty is to recognize the basic fact that while it is true that the American Jewish community is in crisis, the leaders of that community are in an even deeper crisis. And the key to strengthening and supporting the community is to bypass its failed leadership and speak and interact directly with American Jews.