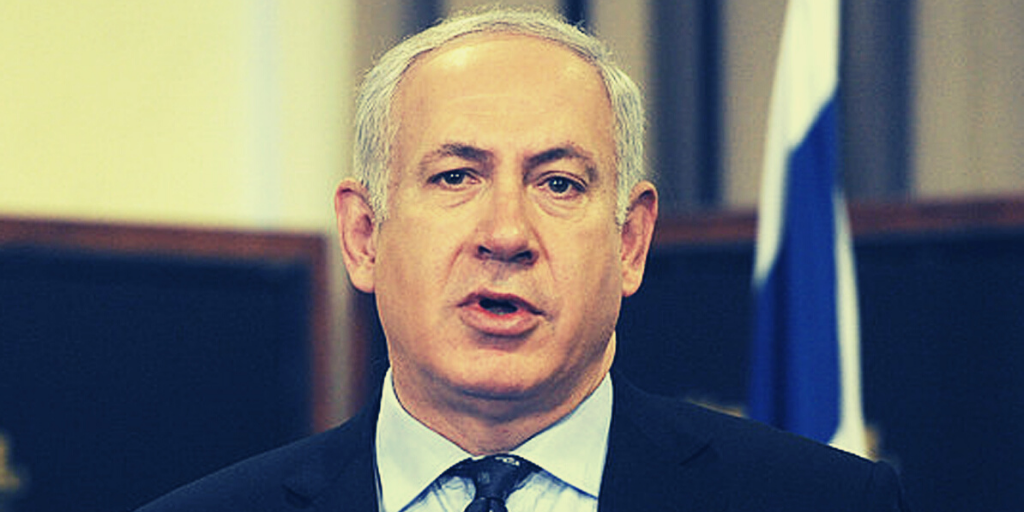 The ruling elites, the sacred establishers of Israel’s bureaucracy are coming with their knives sharpened – closing in on Bibi Netanyahu, the Prime Minister of Israel. After all it is their state – their establishment and not his. This was made clear to Menachem Begin, the man who Bibi’s father served as secretary, when David Ben Gurion ordered Yitzhak Rabin to fire on the Atalena destroying it, the ammunition in it, and killing many passengers – most of whom were Holocaust survivors. The real target had been Begin who made it out alive.

Israel Eldad had warned Begin not to trust the Mapai, the forerunner of the Labor. “Menachem, do you really think they will just let you walk in with enough weapons to take control? It is their state not yours and they rather destroy it than hand it over to you.”

Eldad was right of course. The destruction of the Altalena led to the fall of Jerusalem since the ammunition and weapons Begin was bringing in would have led to its capture.

When Avichai Mandebilt declared his intention to indict the Prime Minister, he essentially paved the way for the leftist super-structure, Israel’s Deep State to begin the process of finally wresting control of the country from the street it lost it to when Begin surprised the parochial classes and Laborites in 1977.

True, there have been right wing leaders before, but each eventually bent to the will of the courts and the media, but not Netanyahu – he has always been smarter than the left. The street, the disadvantaged, the religious, the settler, the sefardi, they have all sensed Netanyahu was different.

True, Netanyahu has not always acted the way any one group would want, but changed the face of Israel, steering it away from failed policies and turned it into a powerhouse – a true global leader. The Prime Minister has been a thorn in the side of the Left, because he mainstreamed positions that were at one time unthinkable, steering a shaky ship after Olmert went down and turned the State around in the face of tremendous systemic opposition .

The Rise of Mashiach ben Yosef

At the End of Days, a leader will arise that will be a forerunner to Mashiach ben David. This forerunner is dubbed Mashiach ben Yosef, whose whole aim is to safeguard the Jewish people in the Land of Israel in a material sense. His power and ability is to utilize the physical vessels available and harness them for the good of the Nation of Israel while protecting the nation from harm.

The Mashiach be Yosef is also a concept or a movement, represented by thousands of “redeemers” since the birth of the Zionist movement. This movement has been encapsulated by the State – the one which has been uplifted by the current Prime Minister in a way never previously imagined.

Along with Mashiach ben Yosef, there is the Erev Rav named for the mixed multitudes that left Egypt with the Nation of Israel. At the End of Days, it is said that these mixed multitudes will be control of the Land of Israel and ultimately destroy the Mashiach ben Yosef, which is both the leader himself and the physical restoration of the Nation of Israel in the Land of Israel.

Sometimes we think Redemption and we feel the End of Days is sometime in the future, but it seems now we are at that point.

Predicted in the Bible

“And I will pour out upon the house of David and upon the inhabitants of Jerusalem a spirit of grace and supplications. And they shall look to me because of those who have been thrust through [with swords], and they shall mourn over it as one mourns over an only son and shall be in bitterness, therefore, as one is embittered over a firstborn son.On that day there shall be great mourning in Jerusalem, like the mourning of Hadadrimmon in the Valley of Megiddon.” Zechariah 12:10-11

The first Ashkenazi chief rabbi of British Palestine Rav Kook wrote the following in 1904 as a eulogy on the occasion of Theodor Herzl’s death:

The characteristics of nationalism was prominent in Ahab, who had great love for Israel. He followed in the footsteps of his father, Omri, who founded a city in the land of Israel. Scriptural commentators said: Everyone receives a portion in the world to come. ‘Gilead is mine’ refers to Ahab, who fell in Gilead. At the height of battle, despite being shot through with arrows, Ahab hid his injury so as not to alarm his soldiers. Such courageous spirit is derived from tremendous, abundant love. He also honoured the Torah, for he outwardly preserved the nations dignity in the eyes of Ben-Haddad. Nonetheless, he did not recognise the value of the Torah and of God’s unique holiness, in which Israel’s entire advantage lies. Therefore, he followed the ways of Jezebel and the despicable customs of other nations to the degree that they then prevailed over the Zeitgeist.

In contrast, Josiah elevated the spiritual aspect as no king before or after him. As the text testifies, “And before him there was no king like him, who returned to the Lord with all his heart and soul and might, in accordance with the entire Torah of Moses; nor did any like him arise after him.” To that end, he wanted Israel to have no relationship with the nations of the world. He therefore did not heed the words of Jeremiah, who advised him in God’s name to allow the Egyptians to pass through Israel’s territory.

Thus, Ahab and Josiah combine the two aspects of Joseph and Judah, the power of the Messiah’s of the House of Joseph and the House of Judah. When the people are ready, the distortion of each separate dynasty will be removed, for in the times of the Messiah the two kingdoms will join together and come to fully realise the full potential of their power as a chosen nation. At that time, with this reunification, the mourning [in Jerusalem] will also reach a climax, for what was lost and the distance from true fulfilment will finally be recognised, and the mourning for both Ahab and Josiah will combine and grow exponentially. [This great mourning] will serve as a moral that [both kingdoms] must combine their powers in order to create the balance that will lead to the greatest general good.”

What we are witnessing now is the tearing apart of an approach to make way for something far bigger. After all, Bibi and those within the Revisionist Zionist movement tried to balance between a redemptive vision of the state and an out of date nationalism that relied on secular concepts rather than the Torah and Jewish faith. In this case, the Erev Rav were never done away with because in order to destroy them, the Revisionists would have to rely on a force beyond their cognitive abilities. This force is the light of the Mashiach ben David, which is above time and space.

At the End of Days Mashiach ben Yosef falls, which leads to the next stage of the Redemptive process. Of course this comes with chaos and fear, because all of us no matter what camp we have been in, understand that what has been in existence cannot truly continue as is. Netanyahu’s fall is the fall of the State as we know it.

How the road to the final Redemption will play out now is anyone’s guess, but one thing is certain – it will be a surprise.

Do you like this article? Make sure it reaches more people and donate below!