When I came to Israel in 1984 the country was an economic disaster.  Annual inflation was running at 1200%, companies paid bills in the afternoon to save 1.5% and when you received your monthly salary you made sure to spend all of it that very same day, else it would be worth 3% less the following day.  The only way people survived was that items such as salaries, mortgages, insurance policies, etc. were linked to the inflation rate and in some rare cases to the dollar exchange rate so purchasing power remained more-or-less steady for those lucky enough to have their salaries linked.

I recall traveling to the US via Zurich on business during that time and, in error, took a fistful of old Shekels with me.  I went to the currency exchange at the airport to get dollars and they were only willing to give me 60% of the official exchange rate, that’s how valueless our currency was.  And in many cases, the shekel was not convertible at all overseas.

The high tech community was in “pre-infant” stage, venture capital did not exist, home mortgages could only be secured for a small portion of the total cost of the property and car loans, when granted, were at exorbitant interest rates..  Everything had to be purchased with cash.  And today, how things have changed.

This week two major US publications have listed Israel within their top ten rankings, citing the country’s military prowess and innovation capabilities, respectively.

Web-based publication US News and World Report, best known for its influential ranking lists, named Israel as the 8th most powerful nation in the world. Meanwhile, Bloomberg News listed us as the 10th most innovative country worldwide, hailing our high-tech industry and technological advances.

Partnering with global marketing communications company BAV Group and the Wharton School of the University of Pennsylvania, US News surveyed more than 21,000 people from four regions of the world and asked them to associate 80 countries with specific attributes.

The power aspect of the survey measured how “economically” and “politically influential” a country was and took into account both its “strong international alliances and strong military alliances.”

“Israel has a technologically advanced market economy with cut diamonds, high-technology equipment and pharmaceuticals among its major exports,” US News also noted in its report, adding, however, that the country still “has one of the most unequal economies in the Western world, with significant gaps between the rich and poor.”

Rounding out the top 10 after Israel were two Arab rivals: Saudi Arabia and the United Arab Emirates.

The online news organization ranked Israel 30th overall in terms of “Best Countries” out of a list of 80. The United States, like last year, was placed at number 1 while Slovenia ranked dead last at number 80.

Bloomberg News ranked Israel number 10 on its list of most innovative countries, using an index that annually ranks economies by analyzing seven contributing factors such as research and development, spending and the concentration of public hi-tech companies.

The US fell to 11th place from ninth mainly because of an eight-spot slump in the post-secondary, or tertiary, education-efficiency category, which includes the share of new science and engineering graduates in the labor force, Bloomberg said.

Like last year, Israel achieved first place in the “researcher concentration category,” or the number of professionals – including postgraduate PhD students – engaged in R&D per million people in the country. The country was ranked second and trailed only South Korea in the “R&D intensity” category, or R&D expenditure as a percentage of gross domestic product (GDP).

On the venture capital side, Israeli tech firms raised $5.24 billion in 2017, a 9% increase from 2016.  This from 620 deals, according to the IVC Research Center.  The 2017 jump was aided by four large deals of over $100 million each, representing 12% of the total amount raised.   The four companies were Cybereason, ridesharing firm VIA, artificial intelligence firm Lemonade and Skybox Security.

Recently, a German-based firm that analyzes world currencies, even ranked the Israel Shekel as the second most stable currency in the world.

Had anyone projected any of this in the early 80s they would have been laughed out of the room.  But no one could have predicted what the intellectual prowess of the population could do, especially in the face of constant threats from Israel’s neighbors and a few wars thrown in as well.

A miracle on the Mediterranean?  For sure, but also testimony to what can be achieved even under the most challenging situations.

Previous Post CHAOS GROWING: Turkey Risking War Against the US and Russia

Next Post Treasures from the First Temple Period Unearthed Near Jerusalem 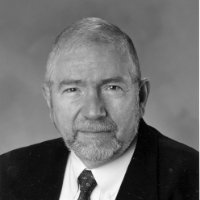 Sherwin Pomerantz has lived in Israel for 34 years and is president of Atid EDI Ltd., a Jerusalem-based business development consulting firm, the founding Chairperson of the America State Offices Association and a former National President of the Association of Americans & Canadians in Israel.

Sherwin Pomerantz has lived in Israel for 34 years and is president of Atid EDI Ltd., a Jerusalem-based business development consulting firm, the founding Chairperson of the America State Offices Association and a former National President of the Association of Americans & Canadians in Israel.