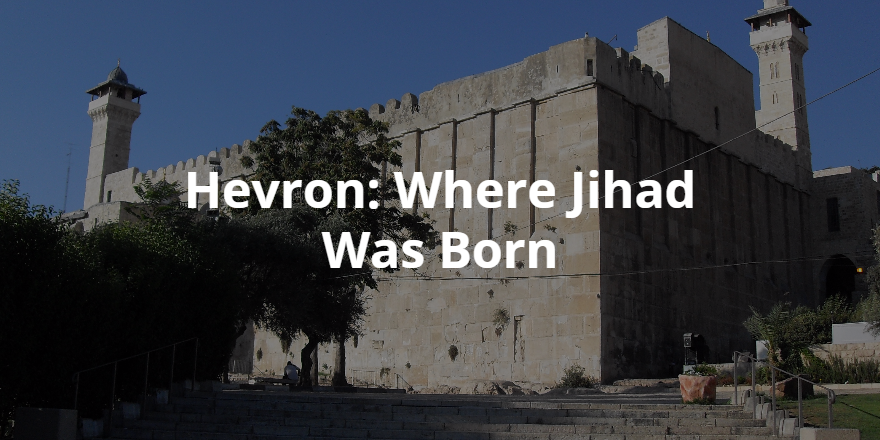 My first visit to Hevron in the summer of 2001 put me face to face with what would become a sign of things to come for the world over the last 15 years. I was a very different person in those days. 23 years old and idealistic about learning Torah in the Holy Land.  The second intifada had already been raging for the better part of the previous year and Sharon had yet to undertake Operation Defensive Shield.  In those days Arafat’s Fatah controlled up to the main road and Gross square right across the street to the Jewish neighborhood of Avraham Avinu.

The world was still silent. The World Trade Center had yet to be taken down.  George Bush was focused on other things. Israel was the epicenter of terror. Before my Shabbat in Hevron I had been one of many who had run down to Sbarro’s in downtown Jerusalem after it was blown up. Despite seeing the aftermath there, nothing would prepare me for what should have been a quick walk back to where I was staying from our Shabbat meal.

A few others and I started our walk back from the Beit Hadassah neighborhood down the main street. A few moments passed and then like drilling in a construction site a hail of bullets were sent at us.  We did the only thing we knew how to do…we ran. I still remember feeling the bullets go passed me and down by my feet. Miraculously we made it to a concrete barrier, diving behind it. A soldier was there and as the bullets whizzed passed all of us, he told us to run.  We reached the Avraham Avinu neighborhood.  The bullets continued, hitting the sandbags that were up in those days. The IDF returned fire and that is how it went for a better part of the night.  The next afternoon and evening was more of the same.

Today, Hevron is different.  New neighborhoods have grown.  Children play in the streets. The army is based in positions well inside the Arab areas.  There are problems and tensions, but no more machine gun fire or wanton killing. The Jews of Hevron have continued to be resilient in reestablishing King David’s first capital city.

The Jewish community in Hevron is ancient.  From the time of Abraham, Isaac, and Jacob through the first and second commonwealth, Hevron played a central role to the Nation of Israel. The Jewish community lived there until the year 1929, when their Arab neighbors turned on them and massacred them. The Hevron Riots were part of the larger 1929 Arab pogroms that saw Jews being pushed out of historically Jewish neighborhoods in the Old City and the Kfar Shiloach (today Silwan).

Jews returned to Hevron in 1967 and for the first time in 500 years were allowed to enter the Cave of the Patriarchs where our forefathers and mothers are buried. The community has expanded and grown since then.

A Microcosm of the Global Struggle With Ishmael

In the last 15 years since those tense and very dangerous moments in Hevron, the world has become engulfed in multiple wars and a seemingly unstoppable rising flood of Jihadist terror. The Arab world seeks to challenge the root of monotheism and claim it as their own.  Their fight in many ways burst into a new stage in 1929. There they killed the “people of the book.” It is this root between Isaac and Ishmael that is at the heart of the struggle here and around the world.  Hevron is that root. It is where our fathers established their covenant with the Almighty and David established his Kingdom.  Despite all of our setbacks we have returned to our roots in Hevron and grown.  For this Ishamel is angry for in his collective mind the root is his, but his root is chaos and destruction, the Jihad.

In many ways what we have witnessed over the last decade and a half and especially in the last few months with the attacks in the Sinai, Paris, and now San Bernadino is that the Jihad of 1929 is live and well throughout the world. It is a mentality the Jewish people have faced since our return to our ancient homeland as a sovereign entity. It is this reason why we have no choice but to hold onto our roots.  We must embrace the ethics and morality of our fathers and most importantly attach ourselves to the Creator.  For this reason Hevron is key.  It is our source and corridor to our past and an example of how the Jewish people can be resilient and come out on top.

In order to defeat the army of Ishmael the World must reconnect to the source of its faith.  That faith is rooted in the Jewish presence in Hevron.  Following the Jewish Nation’s example in its ancient birthright the world can overcome this chaotic time and build a new future.