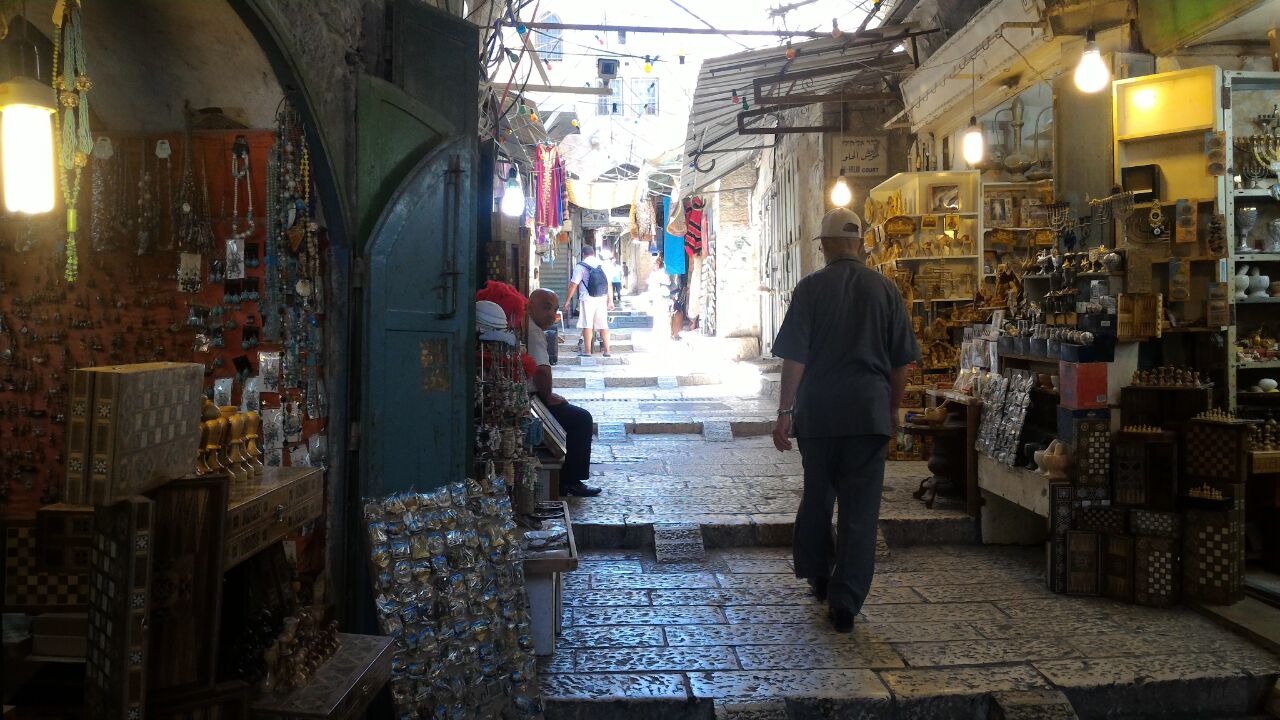 In what is considered the “Arab” Shuk, which runs from the Jaffa Gate down to the Western Wall, a new Jewish store has opened.  In most cities this would go unnoticed, but in Jerusalem where thousands of Jews were expelled in 1948 by the Jordanian Legions, reclaiming stolen Jewish property especially in areas perceived to be Arab is extremely important.

The new store is owned by a Texas man who bought it from the Moriah School by way of City Council Member Arieh King. The school had reclaimed the store along with it’s current location, but without a use for the students it decided to sell. Despite the purchase, the owner couldn’t find a dedicated manager, willing to sit in the middle of thousands of hostile Arabs.  That changed after Rabbi Ben Packer of the Heritage House introduced the owner to Shaul Gheblikian an Armenian Jew.

Shaul Gheblikian has spent the last month cleaning up the small store front and making a presence there on a daily basis while he awaits proper permits to sell food.  Asked if the neighbors have been antagonistic he responds on the affirmative. “Most repeated phrase in the Torah is do not be afraid.” The animosity has not deterred Shaul.  He is fearless and stands guard over the property.  Very often tourists and Yeshiva students join him to learn and schmooze.

In the near future the store will be used to attract tourists in hopes they will  buy Israeli food products like wine, honey, and cold pressed juice.  For now Shaul and others are making sure the Arab squatters in the area do not vandalize and harm the store or those managing it.

Shaul will spend hours learning Torah at this table with visitors

New Mezuzah covering the same spot where it was once fastened