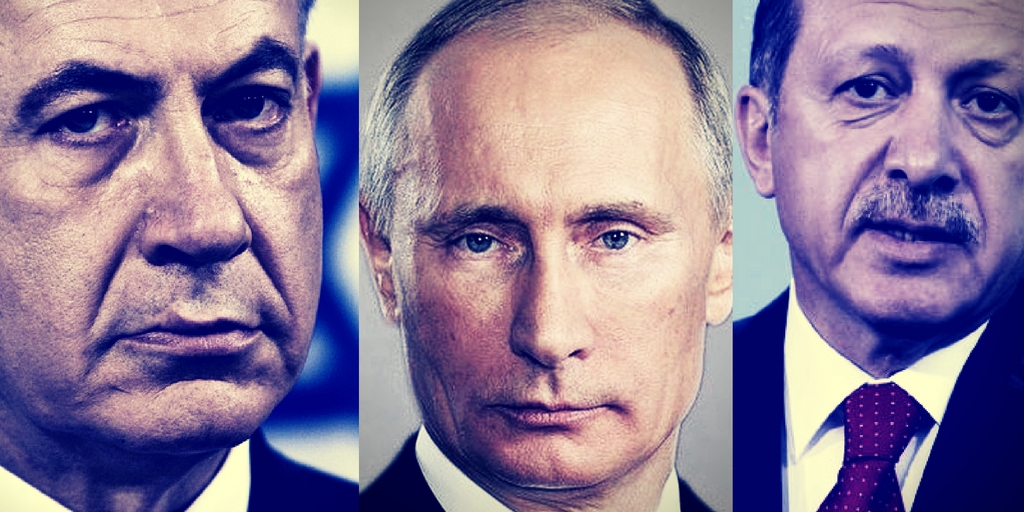 What we have learned over the last year is that just when you think you’ve figured out the geopolitical machinations of the Middle East you’ve got it all wrong.

While the USA under Obama has tried to find a way to gracefully retreat from the Middle East, Russia has been see as stepping into fill the void.  Turkey on the other hand has been playing up the chaos card to try exert some control of its own on the region.  As of two months ago, Russia and Turkey were nearly set to go to war, but all of that has changed.

Recep Tayyip Erdogan is choosing to go to Russia as the first country he visits post the failed coup.  As of a few weeks ago Turley decided it can no longer afford to have the Russian bear breathing down its neck. That, together with the need to be part of any growing gas consortium brought it to finalize rapprochement with both Israel and Russia.

Most assumed the rapprochement between Russia and Turkey was superficial.  Now we are learning that is not the case. In a post USA Middle East anything is possible.  Turkey believed it would be the power to beat in the region. Erdogan gambled one time too many and has found himself in the enviable position of making peace with the Russians instead boxing them out.

This fast-moving strategic maneuver has thrown Israel’s defense strategy into disarray. Throughout the middle east’s chaotic shift, Israel has been trying to remain neutral except for instances of self-defense.  With Russia and Turkey teaming up to carve out areas of the Middle East for themselves Israel can remain neutral no longer. It must pick a side to be on.  Does it want to be part of the dying West or join with Turkey and Russia and have a say in the new Middle East.