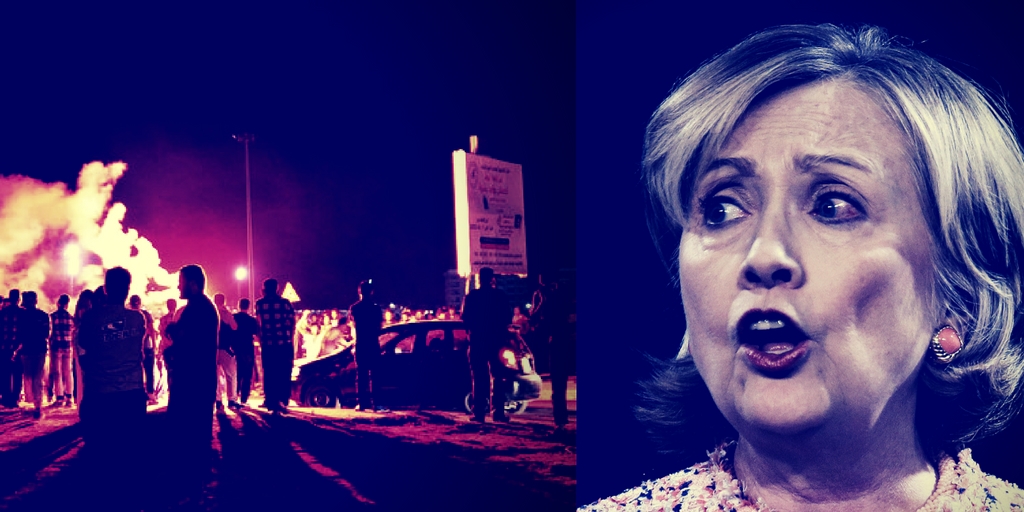 Self denial seems to be prevalent in American politics. The idea that a video can absolve a group of people from acting violently is absurd.

Let’s assume for a moment, that the Jihadists who attacked the Benghazi embassy were really only spurred on to do it because of an anti-Islam video.  Why does disparaging comments about one’s religion from an obscure YouTube video give people the right to act violently?

Now onto reality.  The question now is why Mike Morell feels the need to continually spew nonsense onto the airwaves when any thinking person knows his assertions are outrageous?  The answer is simple. Morell and parts of the security establishment are covering over Hillary Clinton’s role in using the Libyan embassy to transfer arms to Syrian rebels.  These Syrian rebels were already known Jihadists preparing to form a caliphate.

If Mike Morell gives any other reason for the attack on the embassy in Benghazi, he will inadvertently implicate the former Secretary of State in transferring arms to known Jihadists.

Hillary Clinton’s campaign knows Wikileaks founder Julian Assange is out to get her and when he says he has damning evidence he will release, he is most likely referring to proof Hillary Clinton knew she was helping to gestate what would become ISIS.  Well, we all thought an October surprise was some sort of war to distract the country. What happens if it’s the opposite? Perhaps the real surprise will be proof of the government’s complicitness in forming ISIS.

America’s topsy-turvy political circus is really just about to get weirder.