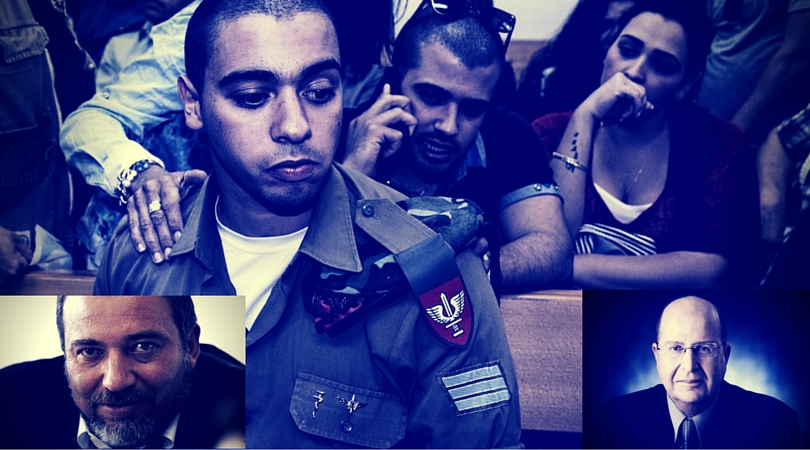 There is a sharp divide growing in testimony within the now widely publicized military trial of a young army soldier accused of needlessly killing a neutralized Arab terrorist in Hebron.  On one side stands his commanders who accuse him acting violently and radically in his actions.  On the other side are many supporters who believe Elor Azaria is being unjustly vilified in order to cover up for mistakes found higher up in the chain of command.

Help came today by way of surprise testimony of the army paramedic, a prosecution witness.

“Elor told me that there was a neutralized live terrorist who had a knife next to him. He said that when the terrorist moved his head and hand toward the knife, he felt threatened and shot him. I told Elor that lots of people will want to ask him about the incident. I was under the impression that he was disoriented, so I advised him to think a bit more about what to say.”

This directly contradicts the claims by Elor’s commanders and confirms initial reports that Elor Azaria was justified even while breaking orders.

The trial will have ramifications on the way soldiers deal with fluid situations in the battlefield.  One hopeful sign is that the newly appointed Defense Minister, Avigdor Lieberman has come out in support of Azaria and Lieberman’s son has donated to his defense fund. The question for the nation at the end of the day is whether soldiers will be backed up when putting their lives on the line to protect the Jewish Nation and its hold over the Land of Israel.