In the words of Rabbi Meir Kahane, “I don’t hate Arabs. I love Jews. And I wish the Arabs well, elsewhere.”

I feel as though Israelis collectively suffer from the ‘national amnesia’, Kahane warned us about many years ago. Some of us appear to have forgotten why this glorious State was founded. For far too long, these same people have listened to the Liberals among us and those other voices that are often loudest from outside our great country and they seem to have chosen a path of least resistance, one of pacification, one of acceptance bordering on resignation, which from any perspective has cost each of us dearly both in lives lost and some would say, our self-esteem as Jews.

Need I remind these same people that we are literally surrounded on three sides by a self-declared enemy of our people, who has sworn to destroy us?

The examples of terror against our people grows each day, but when children can be murdered in their beds at night and when lovers, couples, business men and women, each a member of our family can be executed while they enjoy a meal and while those on the Left offer apologies for the terrorists, attempting to justify these despicable actions on the basis on alleged personal hardship, I feel that we’ve lost our way, somehow.

I feel that a re-boot is needed.

I believe that we should step back and re-evaluate our integration policies as a nation.

We should remind ourselves that Israel is a Jewish state – the only safe harbor for Jews anywhere in the world – a home where each of us can return and flourish with our friends and family.

But one thing is for certain, continuing down the current political path will see Jews outnumbered by those who wish to harm us sooner rather than later. Granting non-Jews the right to vote, while progressive on paper is suicide in practice and akin to two wolves and a sheep voting on what’s for dinner.

Kahane’s methods were dramatic. He delighted in tapping the rage of poor Israelis-especially Jews from Middle Eastern backgrounds-against Arabs, but that’s no longer an effective plan.

Today we see anti-Semitic attacks on the rise. It isn’t only the poor that will understand that while Kahane’s methods were too radical then, something must be done now. Together we must encourage our leaders to rethink the current policies. In one voice we must demand the promise of a safe Jewish state. 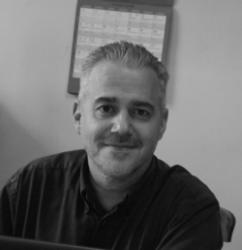 Bill White is the CEO of WireNews Limited. Currently based in the UK, Bill is in the process of making Aliyah and he plans to relocate to Israel soon. He's planning also to launch The Bill White Show that will focus on commenting on breaking news, with a pro-Israel stance and a no-nonsense approach to global news.

Bill White is the CEO of WireNews Limited. Currently based in the UK, Bill is in the process of making Aliyah and he plans to relocate to Israel soon. He's planning also to launch The Bill White Show that will focus on commenting on breaking news, with a pro-Israel stance and a no-nonsense approach to global news.