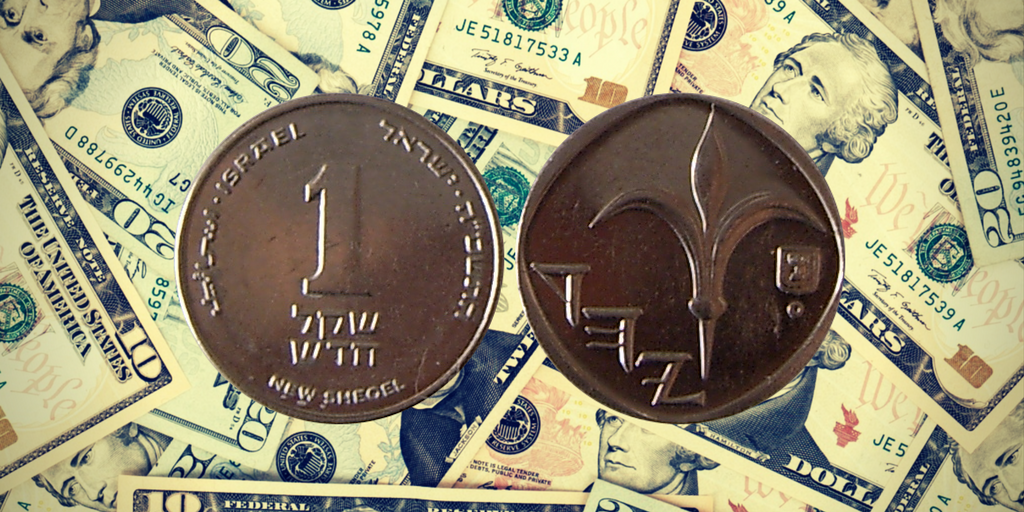 In a further example of a strengthening Israeli economy due to its diversification of trading partners, the exchange rate between the shekel and dollar has continued to fall and now has broken below the key NIS 3.50/$ rate. While this may not hold, the trend seems to be a weakening dollar across the board.

The dollar has sunk to a new two month low against the euro. This is following positive data about the German economy. In contrast to this the US Federal reserve meeting earlier this month expressed concern about recent weak US economic data.

The Israeli economy has continued to surprise, showing great 4th quarter results and a higher than predicted GDP.  Israel has continued to expand its trading partners and diversify its economy.

Partnerships with India, and many countries in East Asia have contributed to Israel’s growth.

In years past, Israel’s Central Bank has bought dollars to help lift the rate back up, but in recent dips they have refrained from doing this do to adverse effects to other currency rates.  It remains to be seen if the central bank will step in if the rate continues to fall.