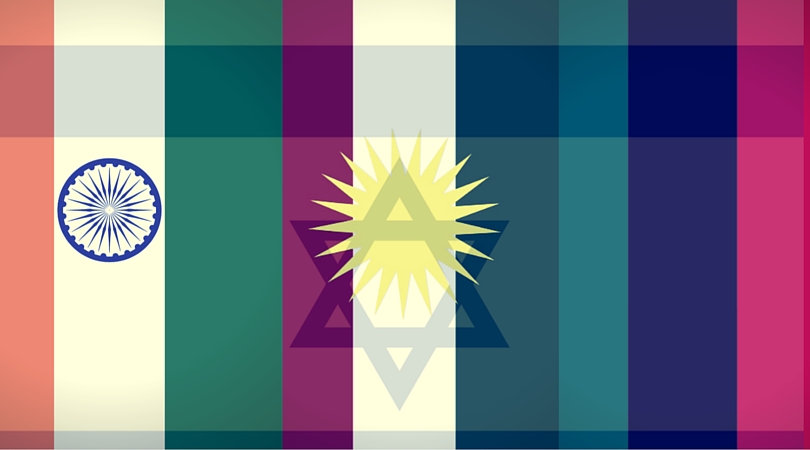 ― Lewis Carroll, Alice’s Adventures in Wonderland & Through the Looking-Glass

The issue of Israel’s legitimacy is a question once reserved to the far left corners of Western academia and Arabist leaders in the middle east.  As time has gone on delegitimizing Israel has moved more and more mainstream.

As India, the Kurds, and East African countries rise out of the bonds of neo-colonial European, Arab, and Sunni Muslim oppression, the global security state which formed post Cold War has kicked into hyper drive to denounce many of these countries as aggressors, terror sponsors, or corrupt as well.

Essentially, the Western world as well as their Arab allies has gone about flipping the once colonized to the status of those doing the colonization.  This is true, whether it is meant for Israel, Kurdistan, or even India.  What is behind this seemingly warped sense of reality, where the former oppressed are deemed the new oppressors?

For years it was BRICS (Brazil, Russia, India, China, and South Africa), but now there is a sense that another order is beginning to emerge.  The future of Israel, India, Kurdistan, and East Africa have become unexpectedly intertwined.

East Africa, Israel, and India were all former British colonies.  Israel and India gained their independence the same year and Kenya became independent in 1963, with other East African states following suit shortly after. These former colonies are homes to ancient cultures oppressed both by Arab or Muslim radicals as well as White European Christians. The exploitation of these areas first occurred in Israel when the Romans conquered Judea and dispersed much of indigenous Judeans to the far reaches of the Empire.  The remaining Jews withstood Byzantine aggression only to be forcibly converted by Arab Islamic conquerors in the 8th Century.

This same parallel occurred in East Africa as Arab slave traders weakened Ethiopia, Kenya, Uganda, and Tanzania long before the Europeans finished the brutalization through forcibly confiscating Kenyan land and colonizing the country.

Indian Hindus fought off the Islamic hordes for centuries only to be taken over by British muscle.In all of the three cases the British and other European interlocutors used the artificial Arab and Islamic presence to weaken th indigenous rights of the true national owners.  The partnership with European colonialists and slave traders with Arab and Islamic leaders benefited both sides.  The Europeans were able to control the indigenous population by ’giving claim to the false Arab and Islamic narrative, while the Islamic Umma expanded its control.

The rise of real partnerships, based on mutual trust, parallel histories, and common aspirations is scary to Europeans who are being left out as their continent falls into the abyss and is likewise threatening to the Arab and Radical Islamic movement that suffers the greatest when it appears weak to its followers.

Kurdistan is increasingly being seen as an independent actor.  When the Peshmerga was seen as an ally against ISIS, the world cheered, but independence was a dream that would have gone too far. The truth is, Kurdistan has long been colonized by the Arab and Turkish world.  The artificial boundaries of the Sykes-Picot agreement were placed in order satisfy the power of both the Arabs and Turkish regime rather than allow the real indigenous people of Northern Iraq, Syria and Southern Turkey to thrive and control what is rightfully theirs.

The Only Weapon Left is Delegitimization

The fractured and weakened Europe and primitive Arab world has only one arrow left in their proverbial quiver and that is to delegitimize these countries as oppressors, terror actors, capitalists, and colonizers.

The world has classified Israel as the occupier when it comes to the Palestinians, even though most Palestinians are new inhabitants save for the residents of the villages in and around Hebron who were forcibly converted over a thousand years ago.

India is deemed racist and nationalistic as Modi their Hindu ultra-nationalist prime minister has charted an independent foreign policy. The international community plays the Punjab controlled Islamic state of Pakistan against India when it comes to the disagreement over Kashmir, when in reality Pakistan was carved from India in 1948 to placate the Muslim world, which invaded India and is the one supporting terror.

Kenya and the surrounding countries are now seen as “corrupt” as they have sought to modernize and realign themselves away from Europe and the Arab world in favor of Israel and India.

The Kurds are deemed terrorists, when in reality it is the Turks who support and nurture ISIS. The Europeans and Americans have promised to aid the Kurds and yet decade after decade the West has purposely held back real arms and support.

As the old global security and economic structures collapse the powers behind the scenes will unavoidably paint a world that is based on falsehoods rather than the truth.  This old world will not succeed as long as the new players, the formerly oppressed continue to work together to create a new type of world; one that is based on truth and fairness as well as a rectification of past grievances.  These grievances began with the destruction of the Temple in Jerusalem by the Romans and continued into Africa and the Near East by the Arab world and Europeans.