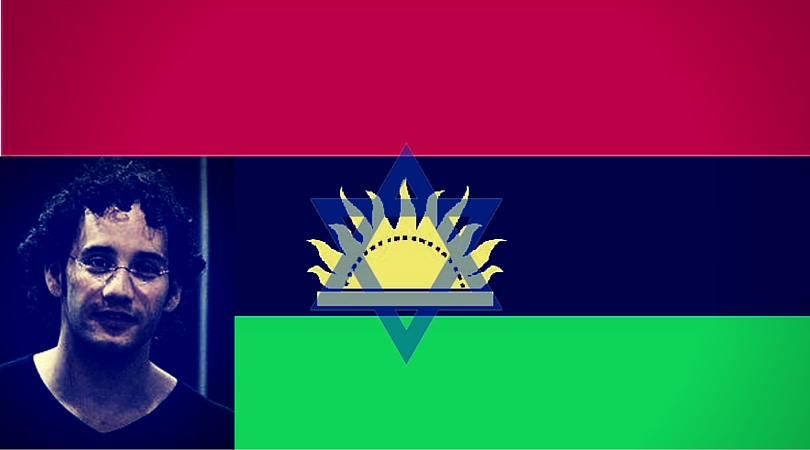 When 20-year-old Bruce Mayrock set himself on fire in front of the UN Building on the 30th of May 1969 to protest the world’s silence in relation to the Biafran genocide, little did he know he would be the most publicized non-Igbo activist to be killed during the 3 year Biafran struggle for independence from Nigeria.  The struggle ended in loss. Millions of Biafrans, mostly Igbo were systematically killed at the hands of their enemies.   Women and children were raped, tortured, killed, and starved to death. Nigeria was aided by the British and the Americans through a blockade, which prevented needed supplies from reaching Biafra.

It is doubtful that Mayrock attached a Jewish connection between himself and the Biafran struggle. In those days the Hebrew roots of the Igbo were fairly unknown in the West.  Mayrock was doing as a Jew what he felt was right. But like all things there are some cosmic connection to Bruce Mayrock’s immolation.

We now know that before the British and other European countries colonised, enslaved, and missionized the West Coast of Africa, tribes like the Igbo had a plethora of Hebrew practices and still retain obviously Jewish practices. Many of these have surfaced in recent years: brit milah (circumcision), chupah (wedding canopy), ritual slaughter, separation of meat and milk, day of rest, and many more. Many practices were forcibly suppressed by European missionaries, with those same missionaries telling the Igbo that they were pagans.

The Biafra struggle has many facets to it.  One of the most fascinating is the struggle has awoken the ancient connection of the Igbo and many of the other smaller tribes around them to their connection the people of Israel.  The free Biafra movement is as much about spiritual and cultural freedom as it is about political independence.

Understanding for a moment that 60% of African-American have Igbo ancestry, it is not by accident that the power structure in America wanted to drive a wedge between the civil rights movment and the Jewish community.

As the awareness is spreading that the Igbo and Jews are actually long-lost brethren, both enslaved and abused by European and Arab cultures, the immolation of Bruce Mayrock takes on a far more powerful iconic symbol than ever. Understanding for a moment that 60% of African-American have Igbo ancestry, it is not by accident that the power structure in America wanted to drive a wedge between the civil rights movement and the Jewish community. These forces are essentially the same forces that have created separate narratives between the Igbos and Jews keeping the first from recovering the roots stolen from them and the latter from embracing their lost brothers and sisters. These lost brothers and sisters in America may just be some of the very same African-American neighbors Jews regarded as outside of the Hebrew National consciousness.

Bruce Mayrock maybe have killed himself, but his immolation revealed the deep despair that was occurring in his heart, witnessing another genocide of a Hebrew people, so shortly after the European Holocaust.  Freeing Biafra and the Igbo from their cultural, spiritual, and political occupation is a cause the Jewish world must take on themselves both as a rectification of the past and a need to restore a more complete Israelite and Jewish nation.