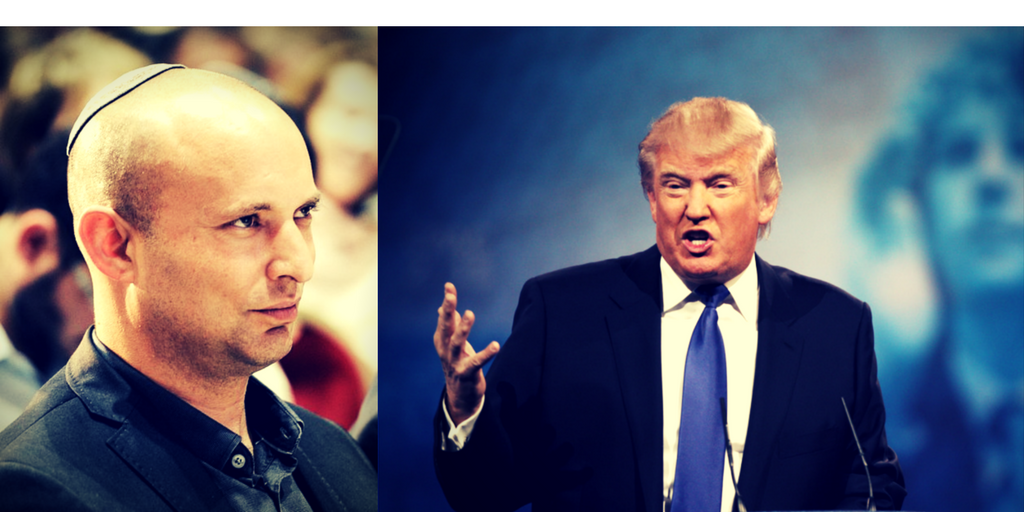 A few things have come to light in the lead up to President Trump taking the oath of office and today, the second full day of his presidential tenure. Bibi Netanyahu is still afraid to push the button on annexation and Naftali Bennett is willing to call him out on it. For eight years nationalists in Israel gave Bibi Netanyahu a pass due to the immense pressure the Obama administration placed on him over “settlements.”  After Trump’s miraculous win, the conventional wisdom was that Israel would just have to wait until January 20th to bury the “two state solution.” After all, he appointed David Friedman as the US Ambassador to Israel and has consecutively confirmed his intention to move the US embassy to Jerusalem.

With this in mind, the odd reports of Bibi Netanyahu pleading with fellow party members and Naftali Bennett to freeze the advancement of a bill to annex Maale Adumim, a city of forty thousand Israelis, seems counter productive.  As of the writing of this article, Bennett has acquiesced, but a video interview with the Times of Israel 13 days ago shows Naftali’s Bennett’s thoughts on the unique point in history Israel now finds itself in.

The challenge for Bibi is clear.  He must put aside the chess board he is used to playing with and grasp onto the new path being blazed in front of him or younger leaders like Bennett, Glick, and Hotovely will over take him and follow the Trump administration forward.

There is no need for playing games and worry at this point.  A unique G-d given opportunity has indeed arisen and as many have pointed out, one that the Israeli leadership should not squander.