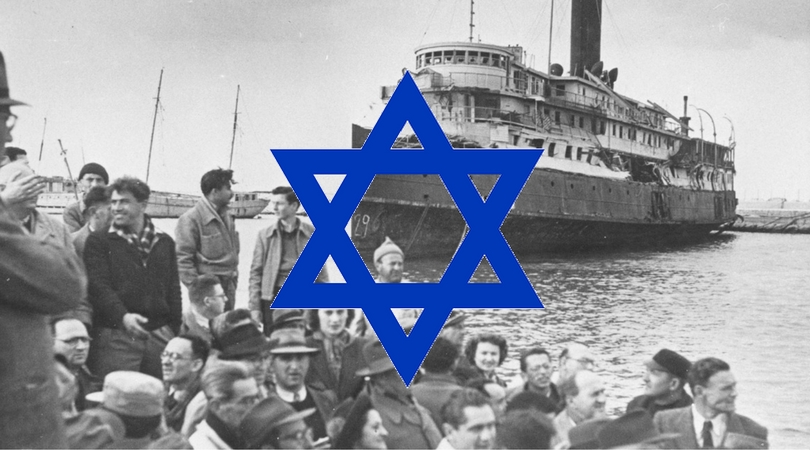 A superficial reading of these verses might seem confusing to those with a narrow understanding of tshuva. In verse 30:2, it appears that the Jewish people return to HaShem. We are then brought back to the Land of Israel and receive Divine blessings. But then verse 30:10 states that Israel again returns to HaShem, prompting a question on the chronology of events. Is Israel first brought back to our borders or does the nation first return to living in accordance with our Torah?

The famous Ohr Sameaḥ, Rabbi Meir Simḥa HaKohen of Dvinsk, teaches in the MeshekhḤokhmah that these verses refer to two types of tshuva. He points out that in verse 30:2 the return to HaShem is written as v’shavta ad-HaShem while the later tshuva in verse 30:10 readstashuv el-HaShem. Ad-HaShem, he explains, is not necessarily a return to Torah observance but rather to Jewish national consciousness. It is the Children of Israel once again self-identifying as part of a single people after generations of trying to assimilate into the host populations in the lands of our dispersion. We suddenly desire our own country, want to speak our own language and seek to express our own unique cultural identity. This stage oftshuva is essentially the reawakening of our ancient tribal identity and a feeling of solidarity with fellow Jews throughout the world.

El-HaShem, the later return, is a renewed embrace of the Torah and its commandments in both our private lives and in the collective national life of the Jewish people. The Ohr Sameaḥ teaches that once we return to a healthy Jewish national consciousness, we will certainly return to observing the statutes of our Torah. Returning to a sense of peoplehood and collective responsibility is the first stage of a process leading to tshuva on a level far greater than any individual’s personal return could ever reach. More than merely fostering personal piety among Jews, tshuva that begins with a reawakening of Hebrew identity will lead Israel to express kedusha in every sphere of national life, from social services and agriculture to warfare and diplomacy. The early stages of returning to national consciousness are part of a Divinely guided historical process that even those participating in are often unaware.

The kabalist Rabbi Yehuda Ḥai Alkalai (in Kitvei HaRav Alkalai) supports the Ohr Sameaḥ’s view regarding two types of tshuva, clearly defining them as national and individual. Rabbi Alkalai illuminates further that national tshuva is Israel returning to our native land. The redemption, he explains, does not occur all at once but rather takes place in stages – stages in which the Jewish people must actively participate. Israel coming back to a feeling of peoplehood – after bitter centuries of dispersion and persecution – is a response to the magnet of the Divine Will for Creation. The initial stage of the redemption process is a healthy and natural feeling of Jewish nationalism, seemingly identical to the nationalism found amongst gentiles.

In Sha’ar 100 of the Akeidat Yitzḥak, Rabbi Yitzḥak Arama points out that the process of redemption takes place with the tshuva of returning to nationalism, followed by HaShem bringing Israel back to our borders. Only following this ingathering of the exiles comes the later tshuva of Israel returning to Torah and experiencing full redemption.

Rabbi Zvi Yehuda HaKohen Kook concurs with this view and adds that the redemption is in and of itself tshuva as it is the Jewish people returning to the completeness of what the Hebrew Nation is naturally meant to be. Rabbi Kook points out that the redemption comes “slowly, slowly” (Jerusalem Talmud Brakhot 1:1) and further demonstrates, based on several Biblical verses, that ad-HaShem is a collective subconscious tshuva of returning to nationhood in our homeland whereas the tshuva of el-HaShem stems from a conscious understanding that Israel fully expressing ourselves as the national manifestation of HaShem’s Ideal for Creation necessitates a certain vision and behavioral norms. While thetshuva of ad-HaShem generally has no conscious destination, the tshuva of el-HaShemcarries with it a deep awareness of the Divine Source to which Israel is returning.

The concept of el-HaShem occurring after the ingathering of the Jewish people to our homeland is expressed throughout Scripture (YOEL 2:12, AMOS 4:6, EIKHAH 3:40-41) with YISHAYAH 44:22 stating “return to Me for I have redeemed you,” implying that Israel returns to Torah after being redeemed. And one of the clearest examples of this process can be found in chapter 36 of the Book of YEḤEZKEL.

“I will take you from among the nations and gather you in from all the lands, and I will bring you to your own soil. Then I will sprinkle pure water upon you, that you may become cleansed; I will cleanse you from all your contamination and from all your idols. I will give you a new heart and put a new spirit within you; I will remove the heart of stone from your flesh and give you a heart of flesh. I will put my spirit within you, and I will make it so that you will follow My decrees and My ordinances and fulfill them. You will dwell in the land that I gave to your forefathers; you will be a people to Me, and I will be a G-D to you.” (YEḤEZKEL 36:24-28)

At the deepest core of Jewish national aspirations burns a drive to bless humanity with the knowledge of HaShem as the timeless ultimate Reality without end that creates all, sustains all, empowers all and loves all. The Zionist movement emerged as the external practical expression of Israel’s ancient spiritual yearnings that for generations lay dormant within our people’s collective soul. The national consciousness of the Jewish people has come alive in modern times to initiate a movement of universal tshuva that will drive world history toward its ultimate future goal. Through the vehicle of a Hebrew Kingdom in Eretz Yisrael, mankind will be brought to the awareness of HaShem as the infinite Whole in which we all exist – an awareness that will usher in an era of total goodness, global harmony and universal fulfillment. This is the true inner essence of Israel’s national aspirations, culminating in the entire Jewish people living securely in our homeland with a Temple in Jerusalem, shining G-D’s light to mankind.