As noted by many, there is a striking double standard that is applied to the far-Left. The world seems to allow their statements and views to be heard and treated seriously, while the far-Right is correctly shunned and treated as a pariah.

Let’s look at the British Labour party as an example. The far-left ‘Momentum’ movement within the party is the reason why Jeremy Corbyn has once again been elected as its leader. This is a man who called Hamas and Hezbollah “my friends” and had his picture taken with Hezbollah leaders in Lebanon. This is the man the Momentum movement has kept in leadership and they have basically taken over a centre Left party, not in some third world country, but in the United Kingdom. With such a man at the head of the party they will never win a national election especially when many MP’s from his own party have no confidence in him.

Another example is the Democrat party in America, where the runner up to the chairman of the party was Keith Ellison, who was a member of the radical Nation of Islam, a virulent racist and anti-Semitic organisation. He has said things himself, even as late as 2010, that are anti-Semitic and he is known to hold far-Left views. As the runner up of the chairman elections he was made Deputy Chair of the Democrat party. This is yet another example of how the far-Left have shockingly managed to become mainstream.

The reason for all this lies in their use of inverted language, which is rooted in relativism, the Lefts’ idol. When they speak of equality, liberation, freedom and other such liberal concepts they do not mean it in the way a normal democratic liberal would. Rather; equality, liberation and freedom in the way they mean often equals the mirror opposite. This inversion of language is used to cover up their radical views and it then gains them access to the mainstream political parties.

This was a gift given by Fidel Castro to the PLO. While it is known that Fidel’s secret police trained hundreds of Palestinian terrorists, it is not so well known that Fidel trained Yassar Arafat in the art of language inversion. Using the language of human rights and liberation as a cover, Fidel trained Arafat how to take the moral high ground away from Israel. He learned to portray Israel as the aggressor, a colonial and imperialistic creation. He depicted that the Palestinians are the victims of many crimes and are justified for their “resistance” against the State of Israel. This tactic seems to have spread to the Islamic terrorists like Al Qaeda and to the terror state of Iran who use the same language inversion to attack America and the West for their “imperialism”. This in itself would not be such a problem, because it is unlikely they would be listened to based upon their reputation, but the major problem is when this kind of language is used by the far-Left in Western countries. This provides a cover for the terrorists and makes defeating them significantly and incomparably harder.

It must be emphasised that the real war is a war of concepts, not just words. When concepts lose their meaning and are free for interpretation by anyone it is a very small step away from nihilism, which should never be allowed to take root in any liberal democracy.

In order for the West to survive spiritually it must make a firm commitment to absolutism and a firm rejection of relativism. 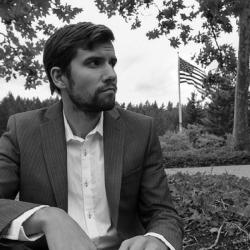