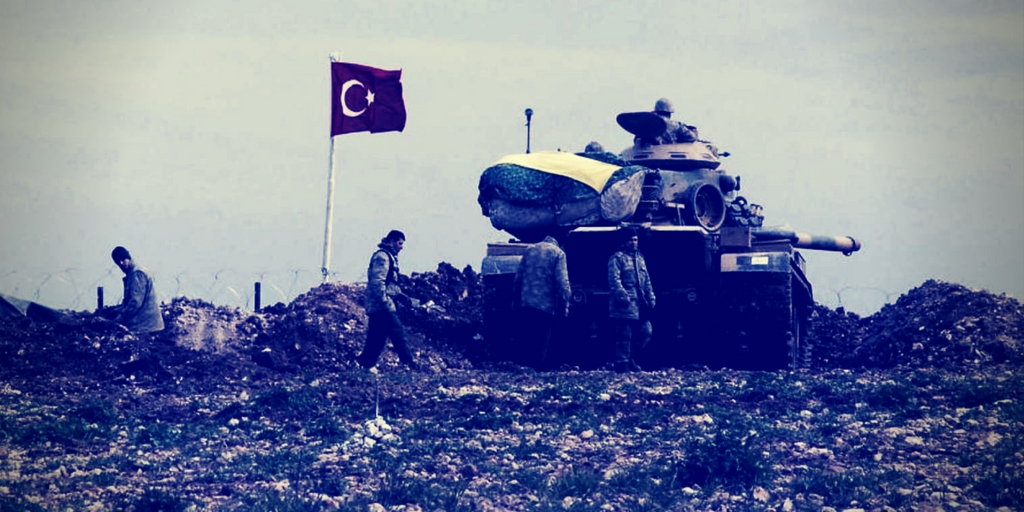 Al-Rai is about 55 kilometers west of Jarablus, and part of a 90-kilometer strip near the Turkish border that Erdogan’s government says it is clearing of jihadis while making sure the YPG or Syrian Kurdish Army keeps away.

The Turkish backed rebels buoyed by the Turkish tanks spread out and then seized villages to the east and the south of al-Rai.

“They took several villages, about eight villages. At first they took two and withdrew from them, but then reinforcements came and there was an advance,” Zakaria Malahifji of the Aleppo-based Fastaqim group said.

While Ankara claims the The Turkish-backed operation’s goal is to put pressure on ISIS, most observers believe that Turkey’s real goal is to block the YPG from expanding and forming a formidable Kurdish state.

While Turkey views the Kurdish Army as a terrorist organization, NATO as a whole sees the group as the vanguard of their anti-ISIS strategy.  This conflict of interest has caused stress between NATO and Turkey.

At the G20 summit Erdogan  spelled out his view of the YPG to China’s CCTV:

“There is no good terrorist. All terrorists are bad. All organizations involved in terrorism are cursed. This is how we see things and how we put up our struggle.”

For Erdogan, the label of terrorist is a ruse to allow for a non-measured response to his Kurdish foes. Loosely applied, the Turkish military can be unleashed to finish them off.