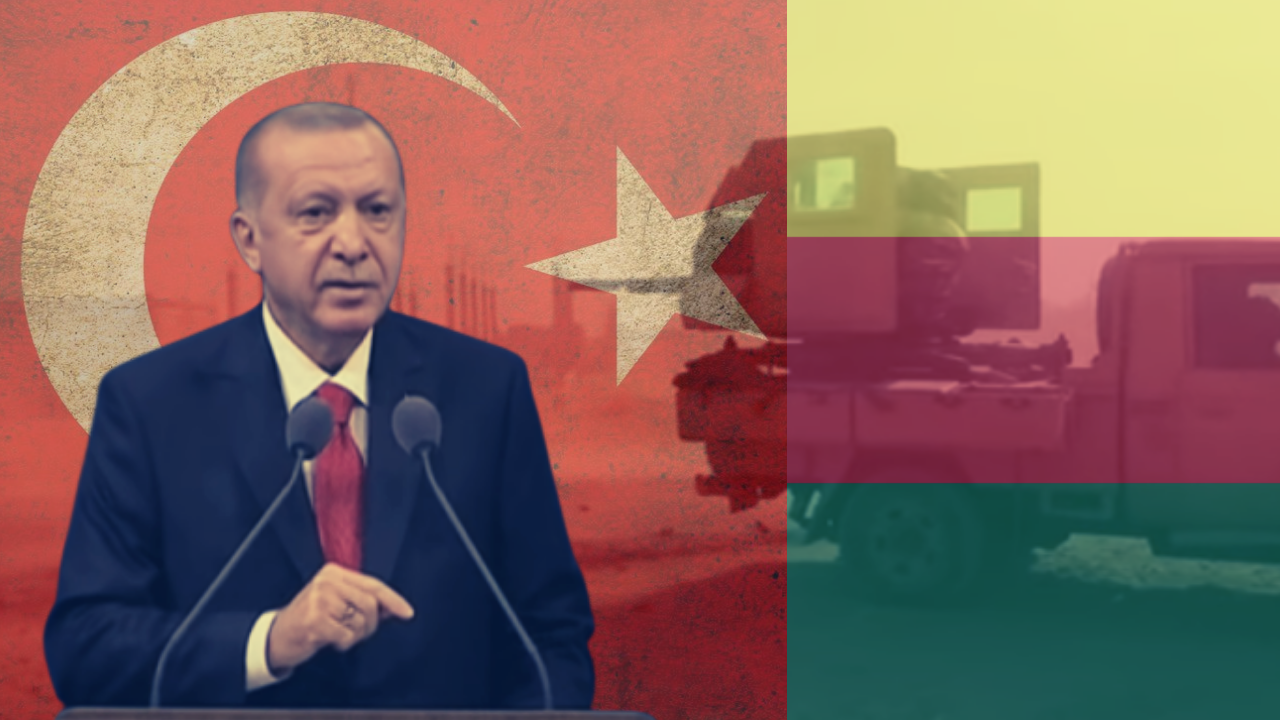 The return of Turkish backed militants to the Ain Issa in Rojava/Northern Syria/Western Kurdistan has put the region controlled by the Western backed Syrian Defense Forces (SDF) a Kurdish majority umbrella of US trained forces back into the forefront of Turkey’s war on the Kurdish population in Syrian Kurdistan.

It has been reported that the Turkish-Backed Free Syrian Army or TSFA for short with the help of the Turkish National Forces (TNF) began building up their forces and shelling SDF positions in the region in late November. This has continued into December.

Below is a video of an artillery attack on the Syriac city of Ayn Issa.

Turkey has essentially broken the agreements it signed with the USA, Russia, and SDF.

The Russian News Agency TASS, reports: “According to Kurdish sources, the Turkish military command and the armed opposition are now discussing an operation to seize Ayn Issa. To that end, Turkey has already started to redeploy personnel, weapons and armored vehicles to its military base in Mardud.”

Reports from the ground confirm the above.

Ayn Issa sits on the strategic M4 highway that runs across Northern Syria and serves as the border between the TASF/TNF and the SDF and its allies. By making a move to take the road Turkey wants to cut the SDF from moving back and forth in Norther Syria, East of the Euphrates.

Erdogan’s Crusade Against the “Infidels”

From a religious angle, it is not surprising that Turkey, whose leader Recep Tayyip Erdoğan sees himself as a new type of Sultan and leader of the Islamic world would target Ayn Issa. The city and region is a Syriac Christian stronghold whose name literally mean “Jesus.”

Erdogan and his Turkish militias in Northern Syria have gone out of their way to flip what they originally claimed was a security mission into Rojava (otherwise known as Syrian Kurdistan) into a religious crusade.

Erdogan’s Syrian maneuver, is part of his wider export of Turkish power to other areas of the world.

A recent IBTimes report emphasizes Turkey’s expansion of interference in both the Azerbaijan-Armenia war and soon into Kashmir on the side of Pakistan against India.

Erdogan has done everything he can to not only to go after long time enemy the Kurds by committing acts of genocide in Northern Syria and his own country, but he has gone out of his way to inject a global religious crusade – essentially a Jihad, into other areas by tying together local conflicts into an Islamic Holy War.

Russia As a Buffer

In both the Azerbaijan-Armenia conflict and Northern Syria, Russia has acted as a counter weight to Erdogan’s Jihadist plans. Putin sent forces and weapons to Armenian backed rebels in the conflict with Azerbaijan and often times pushes back agains the TNF and TASF in Northern Syria in order to protect the Kurds and Syriacs.

As of last night shelling had stopped with rumors that Russia is planning on setting up multiple outposts in the area and along the M4 highway.

Regardless of Russia’s involvement, the fact remains, Middle East Christians and other indigenous groups like the Kurds are under constant threat of attack from Turkey and its Jihadist allies.

“The complications of this situation showcase why many regional Christians often feel that their future is reliant upon geopolitics, particularly of the military nature. Their homelands are used by other nations to outmaneuver and out-strategize the other. Thus, regional Christians often feel that their own safety and security will never be accomplished if they remain home.”

Unfortunately, due to the unstable political climate in the USA, the remaining US troops in Syria have yet to take action.

Previous Post Blowing the Whistle in the 2020 US Election