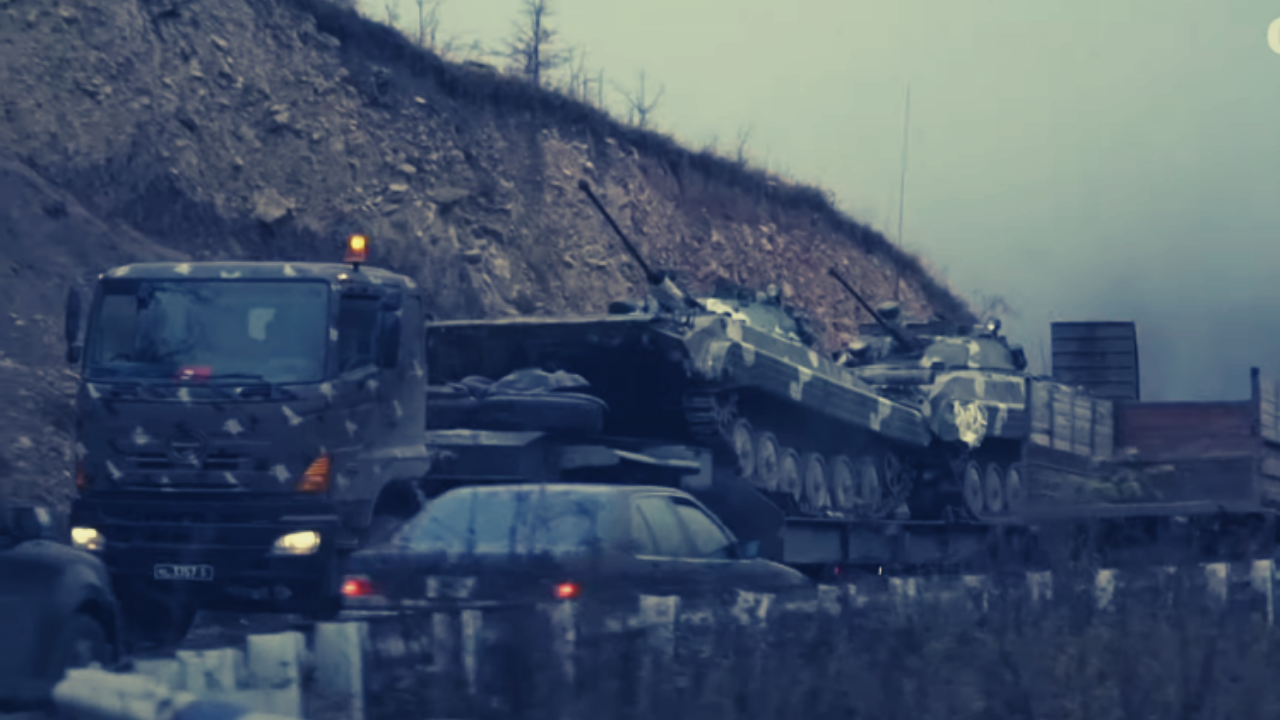 The recently ended Nagorno-Karabakh conflict between Azerbaijan and Armenia concluded with Azerbaijan gaining far more territory than it had before the war. Baku’s success came by way of strong military support from Turkey including the use of Syrian mercenaries that had fought for Turkey against the Kurds.

Aside from Turkey’s involvement, proof is clear that Israeli drones and other advanced weaponry from Israel gave Azerbaijan the needed edge against their Armenian foe.

Israel and Azerbaijan have had warm relations since 1992. For years, it was one of the only Muslim majority countries to have relations with Israel. Besides that Azerbaijan is home to 30,000 Jews who live safely among their Muslim neighbors.

Israel has relied heavily on Azerbaijan for both 40% of its oil and a forward base against Iran.

However, in recent years, Jerusalem and Baku have seen their relations fray as Azerbaijan has drawn closer to Turkey. During Turkey’s invasion of Northern Syria directed at pushing out the indigenous Kurdish population, it was Netanyahu who pledged support for the Kurds. At the same time Azerbaijan’s President Ilham Aliyev vocally supported the Turkish invasion.

Which is why Jerusalem’s continued arm sales to Azerbaijan makes both right and left in Israel nervous that these weapons are falling into the wrong hands.

Advanced weapons sales by Israel to a county like Azerbaijan, who is ready to parter with Turkey, a belligerent actor bent on hegemonic control over the Middle East is increasingly problematic from both a PR and a security standpoint. Given the above, why is Israel continuing to arm Azerbaijan, especially after the Abraham Accords brought UAE oil onboard for the Jewish State as well increased relations with more Muslim nations?

The answer is: Iran. Israel still needs Azerbaijan for its location in order to keep close tabs on Iran for Israel’s continued Mossad operations. While the Mahabat region of Iran, which is Kurdish offers a great place for Israeli backed agents to spy and carry out operations, there is no strategic depth to it. The Iranian Azeri region on the other hand buttresses Azerbaijan.

Both Iran and Azerbaijan have had a rocky relationship. Iran supported Armenian claims to Nagorno-Karabakh in the past and also provided vital support to Armenia in past conflicts with Azerbaijan. Although in the present conflict, Iran claims to have stayed neutral, Turkey has insisted it secretly supports Armenia.

For Azerbaijan, its claims to the Azeri areas of Iran have given Tehran pause and concern.

With Israeli drone bases and listening posts in Azerbaijan and a close security partnership between the two countries, Israel can overlook Azerbaijan’s friends it does not approve of. This is because its geographical importance and friendly populace on both sides of the Azerbaijan-Iran border offers Jerusalem an indispensable forward operative base and strategic location unparalleled.

Taking Turkey out of the discussion makes it even more apparent that Israel is busy locking in partnerships with those countries surrounding Iran – the Gulf states to its South, Kurdistan to its West, and Azerbaijan to its North – in order to contain it and provide its intelligence units the locations they need to carry out targeted assassinations, information collection, and logistical support for minority actors in Iran that are focused on toppling the Ayatollahs.

In this light, Israel has made a strategic choice to continue selling Azerbaijan the arms it needs despite the drawbacks in order to secure help against a far larger threat.