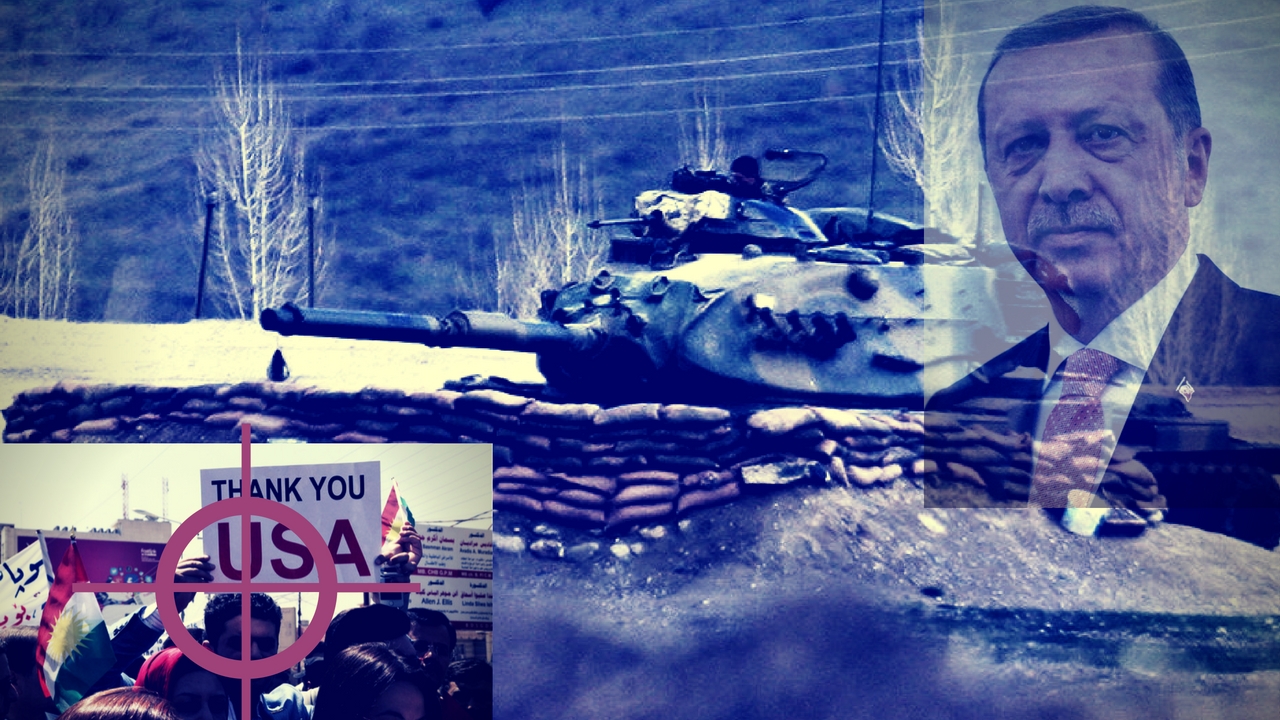 If it is possible to believe Erdogan, his foray into Syria was for the purpose of driving ISIS from Jarablus, the only piece of land the Syrian Kurds did not control. Erdogan’s forces were of such mass that Turkey was accused of invading Syria.  ISIS quickly melted away and the Turkish military set its sights on the true “nemesis” to the Turkish homeland YPG or the Kurdish army in Syria.

One thing has become clear.  Erdogan’s actions have put NATO in a very uncomfortable spot.  On one hand they have backed the Syrian Kurds as their vanguard attack force against ISIS and on the other they have the second largest NATO force in Turkey openly trying to wipe them out through a fake anti-ISIS operation.

Turkey has long maintained that a contiguous Kurdish state along its border running from the Mediterranean to Iran was an existential threat.  In pushing the Kurds back over the Euphrates they are risking the NATO coalition’s strategy against ISIS.  The Euphrates must be Washington’s red line.  If Turkey is allowed to press on, the Kurds will be forced to pivot elsewhere and not only NATO will lose a valuable indigenous ally, Israel will have squandered years of covert training and arms deals.