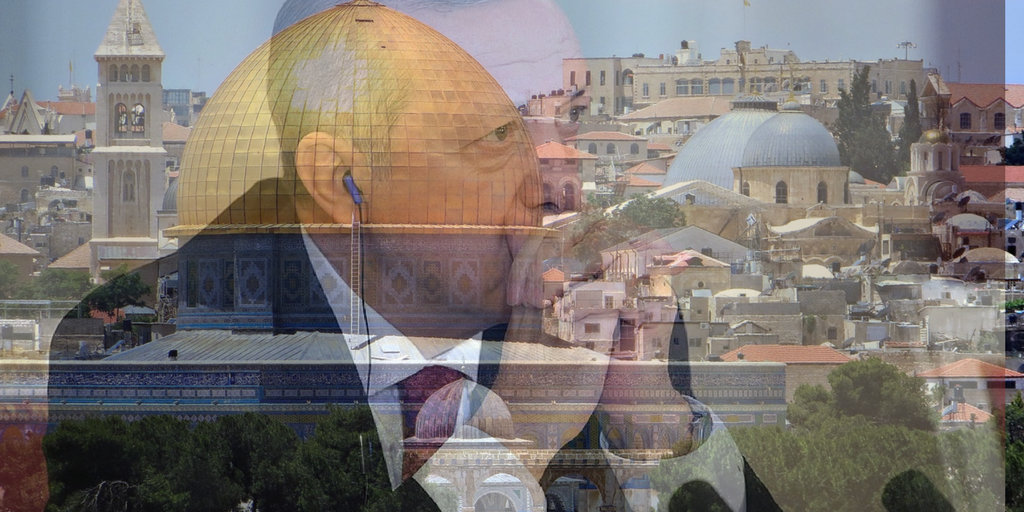 As the PA is celebrating “their victory over Israel” Turkey has come out on top as it appears to have taken the reigns of Islamic leadership and chief benefactor of the “Palestinian” cause.

Wasting no time after the metal detectors were taken down around the Temple Mount, Turkish President Erdogan said the following:

“Israel took the right step to remove the metal detectors to help lower tension,” Erdogan said.”But is it enough according to our wishes? No, it is not.”

“The Israeli Government wants to destroy the Islamic character of Jerusalem with a new practice every day,” Erdogan continued.

“It’s absurd that the Turkish government, which occupies Northern Cyprus, brutally represses the Kurdish minority and jails journalists, should lecture Israel, the only true democracy in the region. The days of the Ottoman Empire have passed.”

With Arab occupied neighborhoods around the Old City of Jerusalem still tense, even after the metal detectors were taken down earlier in the week, Turkey’s hand behind the riots has become more and more apparent.  Any expectations that the Israeli government had in quieting down the situation has evaporated.
The Netanyahu government has exposed it right flank to collapse by appearing soft against Arab terror, while looking compliant in allowing the security sitation to deteriorate.
The Palestinian Arab occupants of Jerusalem have now stepped up their efforts to create more chaos in the name of “liberating Al Aqsa.”
Al Jazeera rreported the following statement  from Mohammad Abu al-Hommos, an Palestinian Arab activist in Jerusalem’s Old City:

“Above all else, this is an issue of control and power. It is as if they are saying that they don’t want to deal with the Waqf, so they’re going to take matters into their own hands and monitor Palestinians through the cameras.”

“I want to go in and out of al-Aqsa as I please – who are they to surveil me?” he added. “I am entering a house of worship. It violates the individual’s personal space. Palestinians will continue to resist because we reject these measures. It is our right to reject.”

This statement encapsulates the battle on the ground.  With Turkey and Qatar funding the uprising and PA President Abbas willing to continue to accommodate their strategy, Israel may be forced to rethink how they deal with the unfolding security crisis. Afterall, treating the Temple Mount like an object to be negotiated over, essentially inspires more and more terror not less.

The Israeli needs to confront Turkey directly over the increased financial and intelligence support given to the rioters within Jerusalem. If they don’t Turkey will increase the flames of the Temple Mount intifada until it succeeds in planting itself as the chief leader and adversary of Israel.