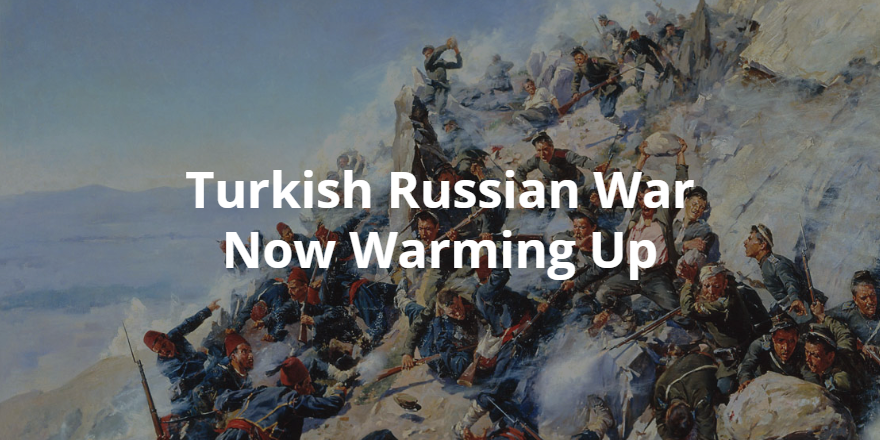 Those reading this have probably never heard of Kızıldağ. You cannot find it on Google Maps, but it is about to become one of the most important regions in the simmering Turkish Russian conflict. Kızıldağ is a region in Northern Syria, only a mere 5 km from the Turkish border and is home to ethnic Turkmen aligned with Turkey. Today Russia and Assad’s forces retook the mountainous region back after 3 years.

Why is this key? This region is a lynchpin for Turkey’s supply route to Syria.  Of course there are other ways over the Turkish border, but Kızıldağ has been Turkey’s forward position inside Syria. The mountainous region gives Russia and Syria command over the Turkman and access to Southern Turkey.

This ratchets up the pressure on Turkey to a whole new level.  Before they had to deal with Russian sorties and now just over 10 days since the infamous downing of the Russian SU-24, Russia is on the ground along with Syrian troops alongside Turkey’s Southern border. Turkey will not let this strategic area go so easily and will need to recover for this tactical error. Turkey is losing ground and cannot afford to allow a Shiite crescent to be formed just South of it.

Closing the Bosporous is Upon Us

If reports coming out of Turkey can be believed, the Turks have decided to hold 5 Russian cargo ships in the Black Sea instead of letting them travel through the Bosporous.  Of course this does not equal shutting the straits down to Russian sea traffic, but it sets the stage for that. Putin will not let the Bosporous be shut down. With only the Montreux treaty behind him Erdogan is playing chicken with his Northern neighbor and it does not seem that Putin is about to blink.

Putin will consider the closing of the Bosphorous an act of War. So how close are we to a far broader conflict?  Very close. The fact that NATO has situated itself in Istanbul and the Black sea in order to protect Turkey means that we are about to reach the point of no return. This coupled with the fact that Iraq is calling on Turkish troops to immediately leave Iraq just makes the situation that much more dicey.

Where Does Israel Fit In?

Israel has stayed quiet on the Russian and Turkish conflict. Israel knows there are no good guys in this. The maneuvering and cascading towards open conflict leaves Israel with few strategic choices. On one hand Russia is aligned with Iran and Syria, which presents itself as a complete security nightmare and on the other hand Turkey and NATO is at the very least complicit in boosting ISIS which is an equally scary proposition.

One thing is clear, Israel is still hitting deep into Syrian territory in order to destroy advanced weapons bound for Hezbollah. The Russians seem to be ok with this.  Perhaps Israel has in turn given Putin their word to stay neutral in the coming conflict. With Turkey and Russia nose to nose, Israel may have to soon make some uncomfortable decisions. Something that Israel’s government rather not do.