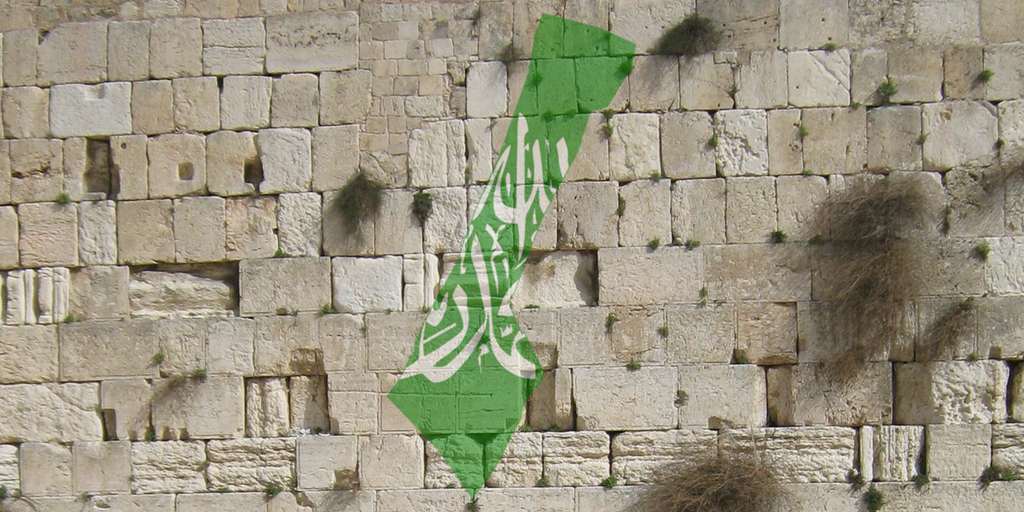 What if all two million Palestinians of Gaza marched to the Israeli border fence with an olive branch in one hand and a sign in Hebrew and Arabic in the other, saying, “Two states for two peoples: We, the Palestinian people of Gaza, want to sign a peace treaty with the Jewish people — a two-state solution based on the 1967 borders, with mutually agreed adjustments. – Thomas L. Friedman, Hamas, Netanyahu and Mother Nature, New York Times, May 22, 2018.

…the American conduct of the peace process bears an unhappy resemblance to the custom of treating diseases by placing leeches on the body of the afflicted person: It was based on an inadequate understanding of the pathology it attempted to cure, it did not solve the problem it was intended to fix, and it sometimes made it substantially worse. – Michael Mandelbaum, The Peace Process Is an Obstacle to Peace, Commentary, April 14, 2016.

The really disconcerting thing about the New York Times columnist, Tom Friedman, is that, at times, he can actually produce some sensible and insightful articles—as long as he is not writing (or more precisely, ranting) on Israel. Or Trump. Or the Palestinians. Or Barack Obama…

Sadly however, whenever he makes one of his far-too-frequent forays into any of these “touchy” topics, his journalistic output invariably degenerates into patently partisan pamphleteering.

But even compared to his past inanities, his latest column, “Hamas, Netanyahu and Mother Nature”, is a real doozy—a “masterful” blend of personal bile and bias, liberally laced with logical inconsistencies, factual inaccuracies and even blatant non-sequiturs.

Friedman begins his column feigning journalistic impartiality and paying perfunctory lip- service to “balance”, with some cursory condemnation of Hamas, acknowledging “its utter failure to produce any kind of decent life for the Palestinians there, whom Hamas has ruled since 2007”.

He accuses the Islamist terror group of “Cynici[al] and Reckless Disregard for One’s Own People in Pursuit of a Political Fantasy [capitals in original- MS] ”, and of “facilitating the tragic and wasted deaths of roughly 60 Gazans by encouraging their march, some with arms, on the Israeli border fence in pursuit of a ‘return’ to their ancestral homes in what is now Israel”.

But then, predictably, he quickly reverts back into his almost Pavlovian, Israel-bashing, Bibi-phobic mode—basically dismissing the importance of his previous censure of Hamas and shifting the onus onto…Israel: “So much for the “bad” Palestinian leadership. What’s Israel’s approach to the secular, more moderate Palestinian Authority in the West Bank…Answer: nothing.”

Gee, I wonder if Friedman was referring to the same “moderate secular” Palestinian Authority, whose leader, Mahmoud Abbas, not too long ago, referred to the Jews as desecrating the Temple Mount with their “filthy feet”? Or who recently explained that the slaughter of millions of Jews during the Holocaust was due to their practice of usurious moneylending? Or who orchestrated a vicious campaign of incitement against the Jewish state, and praised the bloody violence in terror attacks against the Jews, proclaiming: “We bless every drop of blood that has been spilled for Jerusalem, which is clean and pure blood, blood spilled for Allah, Allah willing. Every Martyr (Shahid) will reach Paradise, and everyone wounded will be rewarded by Allah.”

Friedman has of course, been long been captive to the seductive deception of two-statism. At the base of this dogma is the belief that, among the Palestinian-Arabs, there is a leader sufficiently reasonable to cut a deal acceptable to Israel and sufficiently authoritative to ensure its implementation.

Indeed, Friedman would do well to heed the somewhat contrite confession of yet another dogged advocate of two-statism, Aaron David Miller, formerly a senior State Department official, deeply involved in the Israeli-Palestinian negotiations, and today, vice president of Princeton University’s Woodrow Wilson International Center for Scholars.

In a recorded exchange, with the suitably gloomy title, “Today’s Bleak Prospects for Israeli-Palestinian Peace”, Miller acknowledged: “I would draw from my own experiences that when we failed in diplomacy, and particularly in the pursuit of Arab- Israeli negotiations, it was almost always because Americans – let’s forget the Israelis and the Palestinians for a moment—chose to see the world the way they wanted it to be, rather than the way it actually was.”

Significantly, this closely parallels the assessment expressed in the opening excerpt by Michael Mandelbaum, Professor of American Foreign Policy at The Johns Hopkins School of Advanced International Studies, that “the American conduct of the peace process …was based on an inadequate understanding of the pathology it attempted to cure.”

Indeed, Mandelbaum puts his finger precisely on what Friedman, and those of his obsessive ilk, refuse to acknowledge. Writing in the final stages of the Obama administration, Mandelbaum counsels: “The next administration should tell the truth about the Israeli–Palestinian conflict: namely, that the responsibility for creating and perpetuating it rests with the Palestinian side.”

Of course, Friedman will have none of this hardnosed realism. For that, heaven forfend, would be to admit error of staggering proportions.

Accordingly, he embarks on a flight of fantasy into the realm of “what if”.

Wistfully, he asks: “What if all two million Palestinians of Gaza marched to the Israeli border fence with an olive branch in one hand and a sign in Hebrew and Arabic in the other, saying, ‘…:We, the Palestinian people of Gaza, want to sign a peace treaty with the Jewish people …’”

Well, perhaps the question Friedman should ask himself is: Why don’t they??

A truthful answer to this would be: “Because it is not in their nature!”

For, if they did, they would not be who they are! Indeed, as I have argued repeatedly in the past, the Gazans are not the hapless victims of their leadership. To the contrary, they are the very crucible in which that leadership was formed and from which it emerged.

After all, it was the general public that elected Hamas into power, over a decade ago, in an election generally considered free and fair—and with the outcome by-and-large reflecting prevailing electoral sentiment. Even today, there does not seem to be a major anti-Hamas metamorphosis in the overall attitude of the Gazan public.

According to the findings of a very recent poll, conducted just as the unrest on the Gaza border began to flare up, by the leading Palestinian polling institute (in conjunction with the Konrad-Adenauer-Stiftung), in a presidential election, a Hamas candidate would trounce Fatah’s incumbent Mahmoud Abbas by almost 2 to 1. Even in legislative elections, it seems that Hamas would hold its own against the rival Fatah faction.

Underscoring just how detached Friedman’s prescription is from reality is another finding in the poll: Almost 70% of Gazans support a return to an armed intifada. Moreover, Gazans chose “Armed Resistance” by about 2 to 1 over “Negotiations” and “Popular Non-Violent Resistance” as the preferred course of action against Israel.

Indeed, Friedman’s idea of Palestinian-Arabs, extending an olive branch with one hand, and placards proclaiming peaceful intent with the other, is not entirely new. He proposed the identical formula back in a 2011 anti-Bibi screed shortly after the fall of Mubarak in Egypt and in which virtually all his analyses/prognoses proved to be embarrassingly mistaken.

Yet, unchastened by his massive misreading of Mid-East realities back then, Friedman sallies forth yet again with his implausible proposal—now, if anything, even more implausible than before.

Banking on amnesia or ignorance?

Friedman empathizes (at least partially) with the Gazans’ rage: “I appreciate the Gazans’ sense of injustice. Why should they pay with their ancestral homes for Jewish refugees who lost theirs in Germany or Iraq?”

Of course, unless Friedman is woefully misinformed, he is wildly—perhaps even willfully—misleading!

For the Arab residents of Israel did not lose their homes during the 1948 War of Independence to accommodate Jewish refugees, fleeing persecution in Europe and the Arab countries.

They lost them because of the failure of their Arab patrons’ aggressive initiative to annihilate any vestige of Jewish political independence. Accordingly, the 1948 displacement of Arabs was a result of categorical Arab refusal to accept a Jewish state and of the resultant Arab defeat in the Arab attempt to destroy it.

Friedman goes on to speculate on how better things might have been “if only” the hopelessly improbable had transpired. He laments: “If Hamas had chosen to recognize Israel and build a Palestinian state in Gaza modeled on Singapore, the world would have showered it with aid and it would have served as a positive test case for the West Bank. Hamas chose otherwise.”

On reading this, one can only shake one’s head in puzzlement and wonder whether Friedman is banking on the ignorance or the amnesia of his readers.

After all, the international community has showered aid on Gaza, only to have most of it diverted into construction of military infrastructure to be used against Israel, or into the personal bank accounts of the corrupt cliques who rule the enclave, and their complicit cronies.

Surely Friedman must know that Gaza has not degenerated into the current cesspool that it is because of any lack of international funding or of Israeli largesse. It has done so despite an abundance of both!

Infuriating and disingenuous
Friedman “graciously” acknowledges that “Israel has no choice but to defend its border with Gaza with brute force.”

But then, nimbly sidestepping the morass in Gaza, he goes on to berate Israel anyway, regarding Judea-Samaria: “… I find it a travesty that a country with so much imagination in computing, medicine and agriculture shows so little imagination in searching for secure ways to separate from the Palestinians in the West Bank…”

Of course to accuse Israel of showing insufficient endeavor in searching for ways to “separate” from the Palestinians is both infuriating, and disingenuous. Indeed, Israel has gone to incredible—even recklessly irresponsible —lengths to try and foist self-governance on the Palestinians—whether in terms of negotiated sovereignty under the 1993-5 “imaginative” Oslo Agreements or in terms of the unimaginably asinine unilateral abandonment of Gaza in the 2005 Disengagement, where even Jewish graves were unearthed to accommodate “separation”.

As it turns out, the real problem is not achieving “separation”—as the Gaza episode clearly shows. The real problem is to ensure that the post-separation realities will not be those that arose following the separation in Gaza—i.e. that Israel will not face a hostile mega-Gaza on the fringes of Greater Tel Aviv, overlooking Ben Gurion Airport and abutting the trans-Israel highway.

But oblivious to all this—to past precedents, present realities and future probabilities— for Friedman, the real culprits are easily identifiable: Netanyahu and Trump!

Clearly willing to stand up for his so called “liberal” principles down to the last Israeli, Friedman pontificates: “Israel has never been stronger than it is today. Hamas has never been weaker. If there were ever a time for Israel to take a few calculated risks to try to nurture a different pathway with Palestinians in the West Bank, it’s now”.

Leaving the reader to puzzle over what on earth a weak Hamas in Gaza has to do with taking huge risks in Judea-Samaria, Friedman rails on with puerile pique: “Unfortunately, its [Israel’s] prime minister is too cowardly, and America is too slavishly supportive, for that to happen”.

While I have many criticisms of Netanyahu, it is patently absurd to accuse him of being cowardly, unless Friedman is suggesting that to be “courageous” Netanyahu must bow to enemy demands; unless to be “courageous” is to concede to pressures to expose Israeli citizens to unacceptable risks…

And as for the overly “slavish support” of America, Friedman seems to have forgotten that for eight years, the White House was occupied by a president who was anything but “slavishly supportive” of Israel—and yet nary a sign of separation appeared on the horizon… I wonder why!

Clearly then, drivel is drivel, even when it appears in the purported paper of record—leaving one to wonder how this stuff gets published!