The earth is flat. The moon is made out of green cheese.  The tooth fairy takes away your baby teeth and replaces them with money (well, that one may be true!). Jews have no connection to the Temple Mount and Western Wall.

The loud crashing noise you just heard was the collective dropping of jaws of Jews and Christians around the world as the UN Educational, Scientific and Cultural Organization (UNESCO) voted 24-6 to give preliminary approval to a resolution that denies Jewish ties to the Temple Mount and Western Wall. These are the holiest sites in Judaism, where King Solomon’s majestic Temples once stood.

These most holy sites for Jews are also referred to in the New Testament and saying that the Jews have no ties is denying sacred Christian history as well. UNESCO in essence, by voting in this resolution, is attempting  to not just rewrite the bible but has offended both religions in the most epic way. EPIC UNESCO resolution fail!

It is so preposterous that even UNESCO Director General, Irina Bokova, said this in a statement on Friday, “The Al Aqsa Mosque [or] Al-Haram al-Sharif, the sacred shrine of Muslims, is also the Har HaBayit – or Temple Mount – whose Western Wall is the holiest place in Judaism. In the Torah, Jerusalem is the capital of King David, where Solomon built the Temple and placed the Ark of the Covenant. To deny, conceal or erase any of the Jewish, Christian or Muslim traditions undermines the integrity of the site.”

Unfortunately her strong words have done little to assuage this resolution or angry communities.

At his recent address to the United Nations general Assembly, Israeli Prime Minister, Netanyahu remarked that the UN has changed from a moral force to a moral farce. Except that if a farce is really good, it is funny. There is nothing humourous about this latest resolution fiasco.

There is nothing new or funny about Palestinian attempts to rewrite history.  This is central to the Palestinian Authorty (ref. www.palwatch.org). By attempting to rewrite ancient and spiritual history, they believe it will support their claims that not only does the 3000 year strong  Jewish history in the land of Israel not exist but can be replace with fabricated Palestinian narrative.

This would be easy to believe (have you seen some Pallywood productions? Oscar worthy!) if it was not for the tremendous amount of antiquity that archaeologists have been finding for centuries that support Jewish claims to the land. Well, this and that priceless deed to real estate, The Bible.

Many have tried to erase Jewish claims to the land and the beautiful city of Jerusalem bears the scars of the various empires that tried to claim her. The Roman, the Babylonians, the Assyrians and others. May who tried not only failed but ceased to exist.

Now it is the turn for that rapidly sinking into moral decay institution known as the UN.

My message is simple. My connection to the Temple Mount and Jerusalem is thousands of years long and thousands of years strong. I think I speak for many when I say that when we pray at the Kotel (Wailing Wall) we are bound and held up by the thousands of generations before us and millions of supplications in shared language and intention and the awe of standing before this holy site. It moves us to tears and is a reminder of the chain of generations, linked forever by our identity. It is the welcome home hug Jews get from above when they visit.

We now celebrate Sukkot (Feast of the Tabernacles) and thousands will descend on the Kotel for the magnificent Birkat Kohanim – the Priestley blessing.

Our Christian brethren will come from the four corners of the globe to march in support of Israel. The spirit in the city will be magnificent.

For it is written:

When Solomon later dedicated the Temple at Sukkot, he asked the Lord to hear the prayers of any foreigners that would come there to pray (2 Chronicles 6:32-33). It may surprise some, but Jesus kept the Feast of Tabernacles as well. On the last “great day of the feast”, he stood in the Temple and cried out: “If anyone thirsts, let him come to Me and drink. He who believes in Me, as the Scripture has said, out of his heart will flow rivers of living water.” (John 7:37-38) (courtesy http://www.icej.org)

UNESCO seeks to deny both the historical and spiritual connection of Jews and Christians to our holy sites and beloved Jerusalem. No ridiculous UNESCO resolution will change or deny this for us. The UN has become a place that allows for institutionalised Antisemitism.

Say no to this abhorrent spectacle and sign this petition:

Previous Post In the Land of Israel Sukkot is Complete 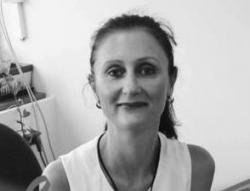