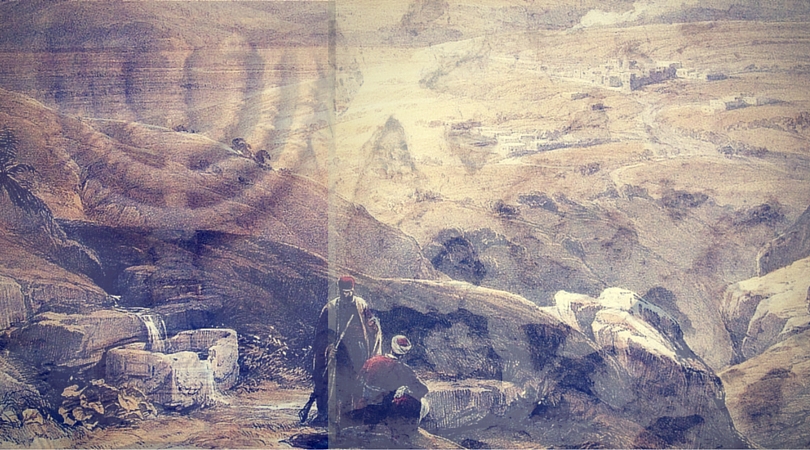 I could choose to speak about the blood of my brothers being spilled in the streets of Jerusalem. But I won’t. Not because I am silent. I’m not silent about the blood of my brothers; I cry and ache over every single drop spilled. Rather, I choose to transcend, not the pain or the suffering, but the mentality of victimhood and that alone, as a means to reaching the goals of my people. Therefore, I define my goal as not to win your sympathy but to share my people’s side of the story as a step towards finding a solution for both peoples. In order to do so, I ask you to temporarily liberate yourselves from any previously solidified perceptions of identity, of narratives and of the conflict, and momentarily enter my world, in order to understand the story of the people I am part of.

My name is Hila. I live here, in Israel, and the fact that I am native to this land has always been something I have taken for granted. The reason I know myself as native to this land is not because I was born here, although I was, but rather because this is the ancestral homeland of the people I am part of. This is the land in which my people had two kingdoms and centuries of political sovereignty, it is the land of our national origin, our indigenous culture, language, and the only land we have ever called home.

Indeed, it was only due to a series of historic injustices committed against us by Assyrian, Babylonian, and Roman Empires, that our land was ravished and our people dispossessed. And it was only due to the colonization of our land, that our people were forced to preserve our Semitic Hebrew culture in the cold winters of Europe or in other lands foreign to our native way of life.

My mother’s family, a very wealthy family from Morocco, chose to abandon all of their wealth and belongings, golden bracelets and other treasures, and endangered their own safety smuggling their way in through France, all for the hopes of reaching Zion. They were not driven out of Morocco but rather risked their lives and sacrificed their possessions for the opportunity to finally come home. My father’s family returning home to Palestine from Romania were intercepted, captured, and deported to Cyprus by the British occupier upon their arrival on our shores. The two sides of my family each represent clear examples of the Jewish struggle to return home against British imperialists, preventing my people from entering our land.

But our fight was not just the fight of individual Jews to enter the land, but a national fight to liberate it from British occupation. While our ancestors failed in liberating our land from foreign rule, we succeeded. Motivated by the ancient tribal yearnings of an entire nation, and led by the instinctive emotional impulses of an indigenous people, Jewish freedom fighters gave their lives to free our homeland from British rule. They did not fight to occupy a foreign land but to decolonize and liberate their own land from foreign occupation. And so finally the British left, and we declared independence on our land for the first time in nearly two thousand years.

For us, that meant the beginning of a correction of an historic injustice, that for so long not only inflicted upon us much suffering, but stood in the way of us achieving self-determination, that held us back from fulfilling our collective mission and national aspirations.

And so these are the essentials of the story of my people: We lived here as a sovereign people, we lost our sovereignty, scattered, many of us assimilated, but the descendants of those of us who held on to our culture with whatever remnants of strength we were able to dig out from the despair, returned home, fought and bled to liberate our land.

However, in recent years, our narrative has been corrupted. Our story has been completely turned upside down. According to the international community and to other voices across the world, I am somehow a colonialist in my own land.

I am a Jew, I was born in Israel, not on April but on Adar Bet (a leap year on the Hebrew calendar), I maternally descend from the tribe of Levi (my maternal great grandfather, Saba Refael, was a Levite), the males in my family still wrap t’fillin identical to the ancient second Temple t’fillin found in Qumran, like the ones used by our ancestors, and every year I celebrate the Judean revolt for independence in our historic homeland on Hanukkah, which has been for us a national festival for over two thousand years. Even after hearing it for the millionth time, I cringe every time a Jew refers to our beloved Judean soil – soaked with the blood, sweat, and tears of my people for thousands of years – as the “West Bank” and I can literally burst into tears when hearing the unbearable words “a divided Jerusalem.” And yet despite all this, I am regarded by the international community as a white colonial occupier, a western foreign settler… have I missed any other words?

But the reality is that the notion of us being foreign to our land is so strange to us that most Israelis are not even aware that this claim is being raised. And those who are aware of it find it too ridiculous to even address. So we talk about security and Israeli innovation and forget to state the obvious because we assume everybody is on board with us – of course this is our land, we’re Jews and this Judea.

In fact it is noteworthy to mention, that this instinctive indigenous self-identification our people possess so naturally is not only the real reason we were able to force out the British and to liberate so many parts of our homeland in 67, but also why Hamas and other terrorist organizations are so unsuccessful with their tactics. Terrorism, which is an anti-colonial tactic used to drive away real colonialists, doesn’t work on indigenous peoples. In fact, when anti-colonial tactics are used against natives, it generally achieves the very opposite results. When indigenous people feel threatened, feel they are getting pushed off their land, feel themselves under attack, they only fight harder. This can be seen in every part of Israeli society as we speak. Our love for and connection to a sense of belonging here transforms the shadows of threat and fear into a passion for our homeland and an urgency to set out into battle.

Furthermore, the anti-Israeli accusations depicting me and my people as colonialists are not only ridiculous, they are deeply offensive. Nobody has the right to call me a foreigner in the land of my forefathers. Nobody has to redefine my people’s ancient identity for political or theological reasons. Nobody has the right to tell me not to live, breath, walk and if I have to – fight and bleed for Yerushalayim. And I will fight and bleed for Yerushalayim if I have to.

We, of course, know who we are. We know our history and we are collectively as focused on our national missions and aspirations as ever. And so the denial of our narrative does not make us flinch. It does, however, further inflict suffering on both sides and furthers us from our goals, including the goal of peace. Indeed, peace is impossible when the other side refuses to acknowledge at least how we see ourselves.

And so we should clarify to all those that are still in doubt: This is our ancestral homeland. It’s simple. It’s clear. We are its natural inhabitants. We are Semites and not Europeans, Hebrews and not whites, Middle Easterners and not Westerners, we are a people and not a religion. We are indigenous to Judea and to Jerusalem and not to Germany or Sweden. We have a right, an unapologetic right, a proud right, and a just right, to live in all parts of our ancient homeland – especially in places like Hebron, Shkhem and Beit El, places where every grain of dirt tells the story of our people.

We are a nation, and like every nation we are entitled to self-determination in our ancestral homeland. We cannot and will not give up that right.

(This article was originally published in The Times of Israel)