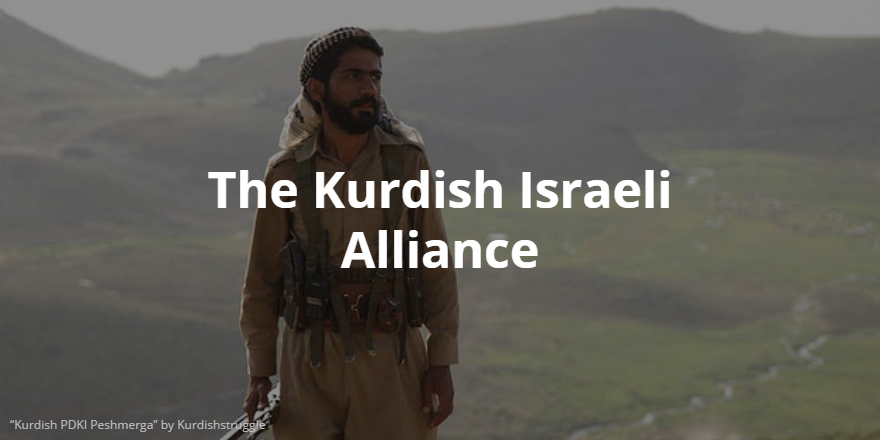 When Bibi Netanyahu stated in June of 2014 that the Kurds “are a fighting people that has proved its political commitment, political moderation, and deserves political independence,” it surprised very few observers.  Israeli Kurdish relations have been the quiet success story of the ever growing chaotic and war-torn middle east.  The Kurds have enjoyed defacto sovereignty over Northern Iraq ever since the days of George W. Bush’s misguided adventures in state building, but nevertheless, one of the brightest points that came out of that foray is the burgeoning autonomous region of Kurdistan. Of course this is to the chagrin of Turkey and Syria (whatever is left of it), but nevertheless the Kurds are prospering despite the challenges of being a non-state actor pressed by all sides (Turkey in the North, ISIS to the South and West, and Iran to the East).

For Israel’s part, it has become clear that a stable Middle East, if there is a chance for one, revolves around the Kurds finding their long elusive independence.  Besides a civic society, independence requires economic and military capabilities to ensure survival.  This is where Israel has provided covert but necessary help.

It is no secret that Northern Iraq is flush with crude oil.  This would make the autonomous Kurdish region a potentially wealthy area.  The challenge for the Kurds has been to get their oil out to the market outside of the framework of the Iraqi federal government.  An agreement was reached between the KRG (Kurdish Regional Government) and the Iraqi Federal government in December of last year, which would have seen 17% of the national oil revenues go to the KRG in return for a ban on selling their oil outside the national framework. The agreement fell through shortly after that and the Kurdish Regional Government once again began to sell their oil on the black market.

The flow of Kurdish oil to the world takes an interesting direction and with it some unusual partners. The Times of Israel quotes a report in FT this past August that Israel uses a Maltese shipping company to transfer Kurdish oil from the Turkish port of Ceyhan.  The total amount purchased was 19 million barrels of Kurdish oil, worth roughly $1 billion, between May and August of this year. This would support 77% of Israel’s total energy needs. Of course the oil seems to go from Israel to markets around the World.

Given the fact that the Turks and Kurds are mortal enemies this appears to be strange.  The Kurds deny this, but the evidence from the shipping routes is clear.  Israel has become the middleman for Kurdish oil.  Of course one reason that the Turks might be looking the other way is that their newly uncovered ISIS allies are also using the avenue to get their oil out to market. Despite fierce battles between the Kurdish Peshmerga and ISIS, when it comes to oil and money, the guns are put away.

The Kurds, with Israeli help, have built a thriving oil economy.

Peshmerga is an IDF Trained Army

It is known that in the 1960’s and 1970’s the IDF worked covertly to train the Kurdish Peshmerga to fight the Iraqi government. As recently as 2010, it seems that the Israeli government had sent officials to the KRG to help train their fighters. Since 2003 the Israeli government has been exporting weapons and other military supplies to the Kurdish region and, although no official recognition of this relationship exists, it is a known fact to both governments as well the Europeans and the USA.

The Israeli Kurdish relationship is complex and yet should be seen in a broader regional context.  Outside the Arabs, four other immediate indigenous players exist in the Middle East: Israelis (Jews), Arameans (Marionite Christians), Druze, and the Kurds.  Before the Arab expansionism after the Mohammed’s death, these four groups made up the indigenous groups outside the Arabian peninsula (Jews actually had independent kingdoms in Yemen and Arabia).

Traditionally for Israel, there is a natural affinity, almost brotherly between these four groups. Israel’s increased strength means that there is a potential to reset the balance to what it was before the Islamic push occurred. An independent Kurdistan would go a long way to not only restoring a sense of justice to the region, but it would bring a much needed stable player in a chaotic area of the world.

Russia on the Move

Ever since Turkey shot down the Russian SU-24 fighter jet last week, Russia has increased its push into controlling Syria. It has become apparent to most analysts that the Russians have laid off the Syrian Kurdish army and have focused on decimating the rebel allies of the Turkish government.  It is not a huge stretch to figure out who Putin would most likely want to befriend next.  Let me just say Turkey will not be so amused.