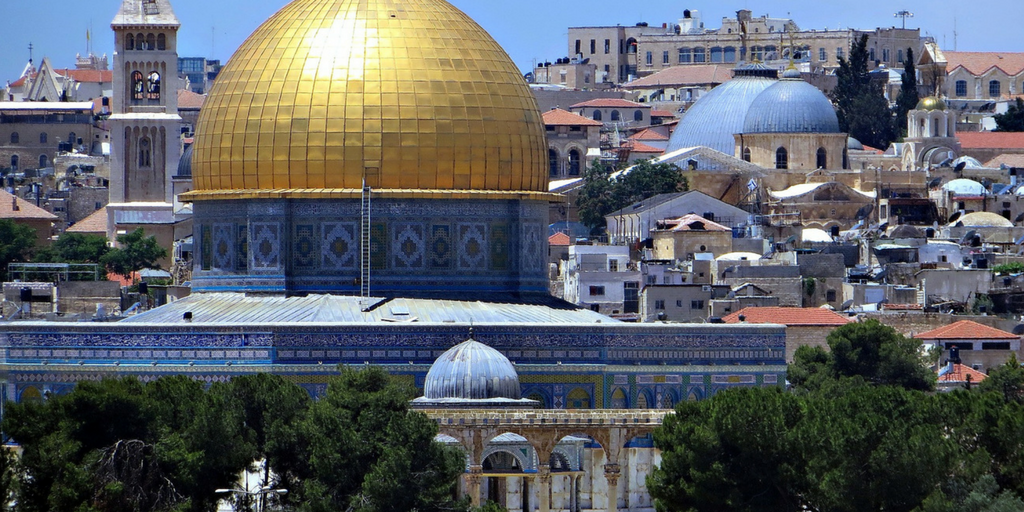 The time has come for the Jewish People to look themselves deep in the mirror. We can no longer point to the anti-Temple Mount resolutions of the UN and EU. We can no hide behind radical Islamic violence in response to Jewish ascent to the Mount. We can longer cite US pressure or the great betrayal of Moshe Dayan, who handed the keys over to the WAKF 40 days after the victory in 1967. We have only ourselves to blame for the fact that “The Temple Mount is NOT in our hands”.

Yesterday, as the Jewish world celebrated the 50th reunification of Jerusalem and the liberation of the Temple Mount with Hallel, concerts, and speeches, over 1,100 Jews made the most significant celebration of them all. We chose to wake up early in the morning, immerse in the Mikveh and finish our morning prayers by 7:30 am and ascend to the Temple Mount to declare that our Holy Mount shall never be abandoned.

By the time Mugrabim Gate opened at 7:30 am over 400 Jews were already waiting with great joy and anticipation to enter. Even as they waited for hours to enter, they sang and danced with tremendous fervor! Unlike the non-Jewish tourists who were ushered into the Mount speedily, the Jews were counted one by one and sent up slowly into the Mount under heavy police and WAKF escort. By organizing us into groups of about 40, the police were able to ensure that no Jewish prayers would be recited. A number of young Jews had the courage to resist against the anti-Jewish and Democratic no-prayer decree. Some bowed down, others said the Shema and a group even sang Hatikvah. As a result, the Israeli Police arrested 15 Jews on Jerusalem Day.

So, who is responsible for the grave trampling of Jewish rights on their own holiest site?  Maybe the UN, EU, US or Jordan? No, if you have remained silent, then the answer is you!

Friends, I am calling upon you to end the silence! Please sign the Temple Mount Manifesto and urge your family, friends and community to get involved. Our goal is to reach 100,000 signatures by August 9th, which is the date of Tisha B’av.

The time has come for the Jewish People and all friends of Israel to unite for the Temple Mount and declare once again- THE TEMPLE MOUNT IS IN OUR HANDS!