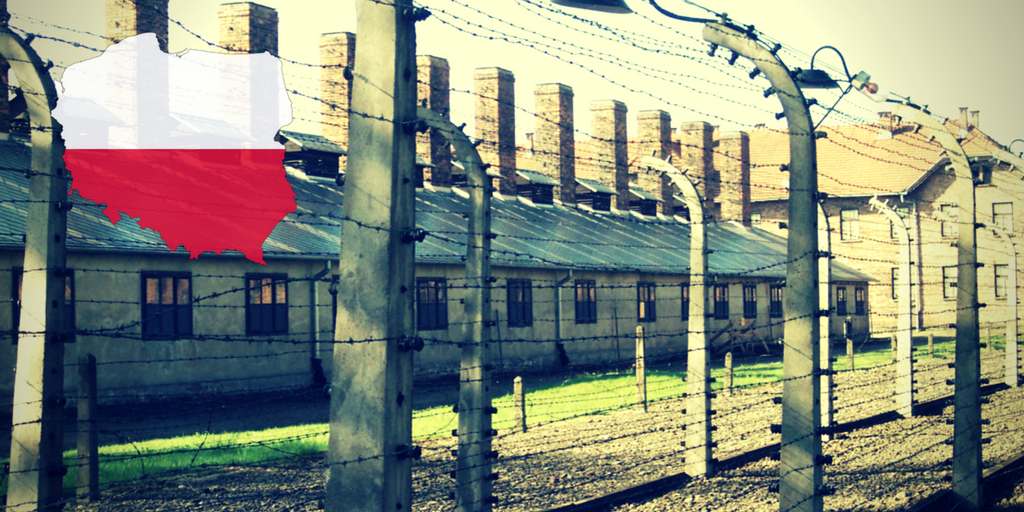 Recently, a new controversial bill was debated by the Polish Parliament, a move condemned by the United States, Israel, others around the world, and was still signed into law by the Polish Prime Minister. The bill addressed Poland’s actions in the Holocaust, specifically addressing the phrase “Polish death camps”. The phrase challenges the historical fact that the Polish government (under German orders) and anti-Semitic Poles were complicit in the building and running of concentration camps by Nazi Germany in World War II, as well as the rounding up of 3 million Polish Jews, sending them to their deaths.

Get The Times of Israel’s Daily Edition by email
and never miss our top stories   FREE SIGN UP!

Since the defeat of Nazi Germany by the Allied Powers in 1945, the subject of the Holocaust has been an emotional topic for the Jewish People, but also for many other groups tied to the atrocities. Mostly unexplored, until the legislation was raised, was the historical revisionism held by the Polish people. As a result of holding back for 70 years, the recent “Polish death camps” bill was an action taken by Poland’s Parliament to try to soften the shame of Poland’s complicity. The phrase was even used by President Obama in his Holocaust remembrance speech in 2012. The law imposes a three year prison sentences for using the phrase “Polish death camps” as well as for implying publicly that the country of Poland or the Polish people took part in Nazi Germany’s crimes.

Though the question still remains; on what historical grounds does the Polish Parliament stand to make the claim that they and their government were not involved in the Nazi’s crimes? After much World War II research, consulting with historical experts, and looking over the textual content of the bill, it can been seen that there is just as much falsity than accuracy in the legislation. The truth is that the country of Poland was invaded by Nazi Germany September 1, 1939, and was under the Nazi’s control until the end of the war, therefore clearing the allegation that the Polish government acted by themselves against Jews in Poland. Though, the falsity rests in the fact that the Polish nation as a whole did not act against Polish Jews. This bill therefore takes the responsibility off the Polish government and passes the blame to the Polish people at the time.

Before the war, Poland was referred to as “the most progressive country in Central Europe”, though did this continue during the war? Yad VaShem, Israel’s memorial to the victims of the Shoah (Holocaust), tells the stories of Poles who risked their lives to save their Jewish neighbors and even Jews that had came to them pleading of their lives. It is reported that within Poland there were 6,706 recognized acts of heroism, more than in any other country. Many Polish individuals never took credit for their courageous actions, fearing the possibility fo violence after the war. Significantly, Pope John Paul II (who was just a priest at the time) was heavily involved in helping to rescue Jews during the war, and was praised in the war’s aftermath.

The research shows the other side of the coin too. While many of these heroes who saved Jews were isolated and feared what their neighbors would do, even after the Nazi occupation. During the war, Poles wasted no time ransacking Jewish homes, stores, and other property once the original Jewish owners were taken by the Nazis. Polish individuals guarded the entrances of Jewish ghettos and murdered many Jews running for their lives. Even though the Poles who capitalized on their inner cruelty did not know about the Nazi’s genocidal intentions, they were complicity in crimes against humanity. The “Polish death camps” bill was eventually signed into law by the current Polish Prime Minister, though his predecessor Włodzimierz Cimoszewicz, explained during the bill’s debate that he was embarrassed by the legislation and acknowledged that “of course Poles took part in the Holocaust”.

In the end, the Polish government may not have had the power to break away from the Nazi regime, but many Poles were complicit in their crimes. Even today, we have yet to see major protests and activism against the law. Not to mention the egregious fact that people are arrested for singing Israel’s national anthem “Hatikvah”, and that they must pay to enter the national museums built at Auschwitz and other concentration camps, a primary source of Holocaust education. This bill might soften the shame that Poles feel, but to face their actions head on, as the German government does with their Holocaust education, will truly prevent history from repeating itself again and again.