[dropcap]Y[/dropcap]ouths from Yitzhar were sentenced to eight months in prison for stone throwing, while Arab youths go free under similar circumstances.

The District Court in Lod, sentenced six Jewish youths to eight months in prison for throwing stones in Yitzhar two years ago. The six were arrested in a police provocation near the town and have been under house arrest since the incident.

Residents from Judea and Samaria have compared the length of the sentence given to these Jewish youths to the more common cases of Arab youths who throw stones. In most cases, Arab youths are never even indicted for stone throwing and even when they are, they rarely end up serving prison terms in cases where no physical harm was caused.

The Facebook page of the “Shomron Residents Committee,” posted a story by ‘Gadi’ a member of the committee, about the army’s response to Arab stone throwers. The suspects were of similar ages to the Jewish youths who were recently sentenced.

He wrote as follows:

“It was around Purim 2011. We were stationed in a base near Karmei Tzur and we were responsible for the area that included Al-Arub, which is known to be a problematic village.

Every Friday, youths from the local school would hold protests after their school let out and they would throw stones at vehicles on Route 60. It was our job as soldiers to prevent them from doing so.

One time, after a short chase, we caught two youths around 15 years old, who had thrown stones. We brought them to the Etzion station where the commander thanked us for our efforts. I then saw with my own eyes how the commander called the father of one of the youths and spoke to him in Arabic. He explained to him that if his son was caught again, he would be arrested. He then released both youths without questioning them or recording any information about them at all.”

The Shomron Residents Committee also noted the case of Muhammad Yusuf Darwish, an adult Arab who was caught throwing explosive devices at soldiers and who admitted in his interrogation that he had also thrown stones many times. For all of his offenses, he received only five months of prison and a small fine. It is noteworthy that prison sentences below 6 months in Israel can be automatically converted to full-day community service, thus Darwish did not have to serve any prison time at all.

This article was originally published in HaKol HaYehudi. 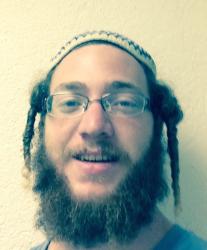