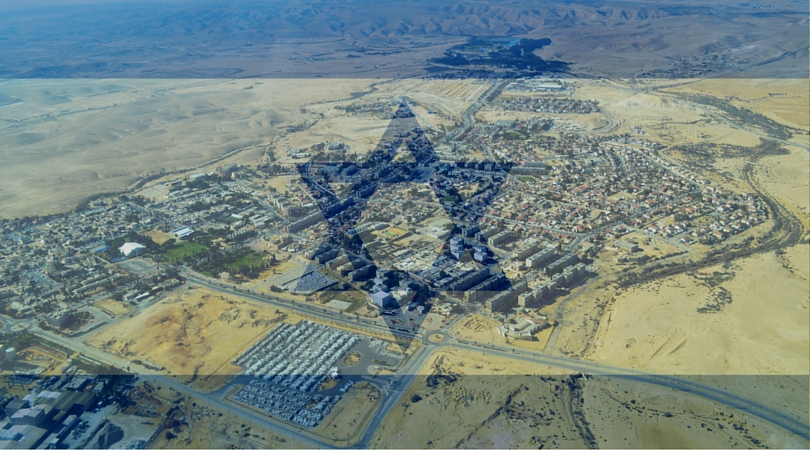 In response to an article by Donny Fuchs in The Jewish Press, titled “Jews are NOT indigenous,” attacking those of us advocating the Jewish people’s indigenous status in the Land of Israel I say:

Jews are indeed indigenous to the Land of Israel. Eretz Yisrael is the place where our people, culture, language, and deep spiritual worldview developed. It’s the cradle of Hebrew civilization. Although I’ve also noticed a recent increase in professional Israel advocates employing an indigenous argument as a tactic for promoting Jewish rights and justifying Israel’s existence (sadly without internalizing what it really means to be indigenous), Jewish indigeneity wasn’t recently invented by these people. For thousands of years, Jews have self-identified as indigenous, referring to Israel as “admat avoteinu” — “the land of our forefathers,” and even non-observant Jews were willing to die fighting the British in order to liberate what they viewed as their ancestral homeland from foreign occupation.

As for the biblical historiographic claim regarding the “Canaanites” (who no longer exist as a self-identified people), it should first be noted that the Ramban explains the journey of Avraham’s family to the Land of Canaan as a return to their own homeland. According to the Ramban, Ur Kasdim had been a foreign country that the family had previously migrated to. And on the verse Fuchs cites at the top of his article — “Avram passed through the land… the Canaanites were then in the land” (Genesis 12:6-7), Rashi states that when Avraham arrived, the Canaanites had been trying to conquer the country, but God desired to give the land to Avraham, in accordance with Noah’s division in which the Land of Israel fell to Avraham’s ancestor Shem and his descendants (our Sages, in both talmudic and midrashic literature, unanimously identify Malkitzedek — the king of Jerusalem in Avraham’s generation — with Shem).

In their attempt to explain the word “אז” (“then” or “at that time”), other commentators, such as Ibn Ezra, also mention that the Canaanites were only in the land at the time when Avraham arrived, but not previously. The fact that our Sages and teachers are even discussing these issues reveals that the concept of indigineity isn’t foreign to our authentic culture or identity. And when Yosef later tells Pharaoh that he had been “stolen from the Land of the Hebrews,” it’s clear that Canaan had been known by this name in ancient Egypt.

Moreover, even if the author’s claim were to be correct, Jews would still easily be considered indigenous. A few days after Fuchs published his article, the Jerusalem Post published the discovery of a 2,500-year-old seal from First Temple period with the Hebrew name “Elihana bat Ga’el.” The fact that this land holds the cultural and traditional genesis of our entire civilization is more than enough to be considered indigenous, irrespective of any previous Canaanites (although a country can have more than one indigenous population). The fact that when young Jews run around the Judean mountains, they relate to the earth under their feet as the same ancient ground walked by their ancestors and ancient national heroes is all that is needed.

The author claims that the notion of indigeneity is based on “racist, blood-based theories”. Of course, there is nothing racist about qualifying as indigenous. In fact, according to the UN’s definition, one must not even be linked by ancestry in order to be considered indigenous. Therefore, “converts” (an English mistranslation for those who naturalize into our people) are also indigenous by definition, as they join the Tribes of Israel and therefore become part of our collective story.

While Fuchs dismisses the United Nations definition as being foreign to our own culture and rightfully claims that the “Balfour Declarations and U.N. votes are of zero worth for the Torah Jew,” he oddly fails to recognize that it is our own culture that very much recognizes ancestry, lineages, tribalism, communal hierarchy and many other notions foreign to Western democracies, but very much in alignment with indigenous peoples. Do we not attempt to preserve the lineages of the Kohanim (and who does Fuchs think they are descendants of if not the Levite sub-tribe that lived here long ago)? Does Ezra not speak of “the holy seed” of Israel that must be preserved? Ezra’s concept wasn’t race-based (a concept foreign at that time), but a spiritual concept embedded in reality, like all Torah ideals, and in this case through tribal lineages and ancestry.

As for the claim that “some of these indigenous rights activists have alliances and friendships with missionary groups and prominent messianic personalities” — I can’t speak for all Jews who identify as indigenous, but the LAVI movement with which I am associated not only opposes any cooperation or alliances with Christian groups, but also views missionary activity as a form of cultural colonization that we as an indigenous people must resist.

In the author’s opinion, the only claim to be advocated is our God-given right to the land. This may be a legitimate outlook, yet I fail to see how Divine inheritance negates our qualification as indigenous. While we do not require an indigenous claim to justify our Divine inheritance, we certainly do classify as such. And the same God who granted us this land also authored history in such a way to provide us with an indigenous claim to it. And I for one believe that we are obligated to use all tools available in advancing our Divine mission. In fact, assuming Fuchs agrees that Israel’s Divine mission requires us to maintain political independence in our land, I’d like to ask if he thinks we better serve our God by putting forward biblical arguments only few can appreciate (most notably the Christian Zionists he fears) or by asserting indigenous rights that communicate our story in a language the outside world can understand?

I also find it interesting that the author does not seem to be as troubled by countless other non-Divine-inheritance-based advocacy claims, such as by those who claim we have a right to be here, “because we need security/because Europe hates us/because we’re technologically developed/because Tel-Aviv has gay parades.” One must question why then does the author only choose to attack those of us who proudly state that we actually belong here, that our people are deeply rooted here, that this is our ancestral homeland and that this is the only country our people have ever called home?

The fear of advocating Jewish indigeneity

Although the article was titled “Jews are NOT indigenous,” a possibly more appropriate title might have been “My FEAR of advocating Jewish indigeneity.” The author’s real concern, which by the very nature of semi-conscious fears — was presented only as a sideline issue to the “stupid” notion that Jews are indigenous, is that identifying as indigenous would open a “dangerous” Pandora’s box.

Of course, Jewish activists haven’t recently opened any box. Some of us have simply stopped ignoring the issue that has been at the center of this conflict for years. As Fuchs seems to acknowledge, Palestinians have been claiming indigeneity for decades. In fact, indigeneity is the base on which all other Palestinian claims are built upon. Palestinian indigeneity isn’t something that might be suddenly acknowledged if Jews advocate our own indigenous status; it is something that almost everyone outside of the pro-Israel choir already take for granted, while our roots here are being denied (and easily so, as we have failed to speak of them for so long). All claims against Jews and Israel are based on the notion that Jews are foreign colonialists with no real historical or cultural connection to this land. Israel advocacy professionals have for years been avoiding the indigenous issue, in hopes that Bar Rafaeli and Tel Aviv beaches would be enough to make our national case.

And so instead of continuing to ignore the issues underpinning the conflict, we have taken the stage and decided to speak up and assert the fact that Eretz Yisrael is first and foremost the ancestral homeland of the Jewish people, irrespective of security issues, not as a tactic against Palestinian claims but as an historic truth central to the story of our people.

You might claim indigeneity to be “un-Jewish” Mr. Fuchs but nothing feels more natural for me than to declare myself a Jew indigenous to the Land of Israel.

(This article originally appeared on Times of Israel)