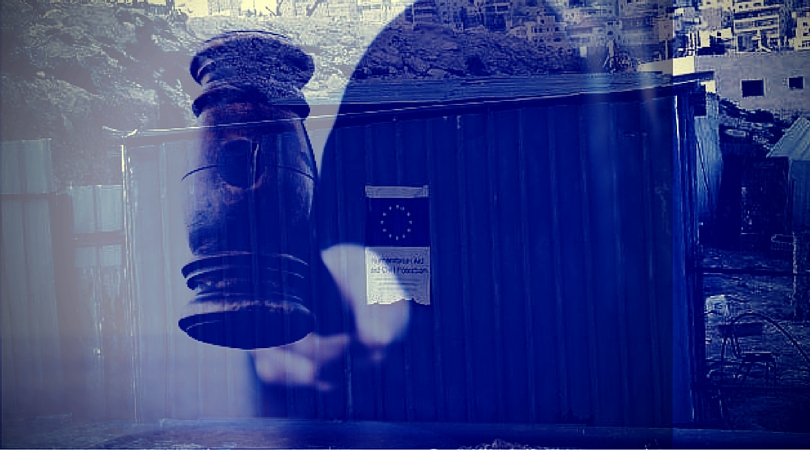 Fresh of its successful campaign to encourage British citizens to vote for Brexit, Regavim has filed a Supreme Court appeal against Defense Minister Avigdor Liberman and the Civil Administration.  The claim is that they have not fulfilled their duty in enforcing the law. This claim tackles an outpost near the village of Hizme just North of Jerusalem.  The site is funded and built by the EU in contravention of the Oslo Accords.

Regavim has been successful in the past in forcing the government to take EU backed illegal building seriously. The EU is actively attempting to change the status quo in Area C, which is under full Israeli control.

“This non-enforcement policy strengthens the stated plan of the head of the Palestinian Authority to destroy the Bedouin outposts that are in the Maale Adumim area,” notes Regavim. “The purpose of this is to strengthen the Palestinian authority territories that are under full Israeli control and to capture the territories of strategic significance which are adjacent to major transportation arteries, and in this way to tie the hands of the State of Israel within the framework of future negotiations.”