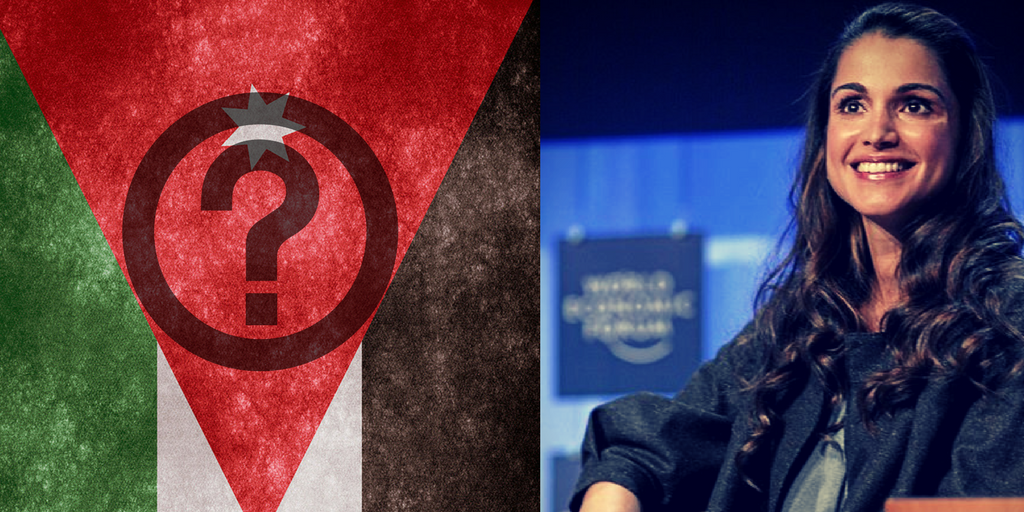 (London, England) – In an effort to support a lavish lifestyle and an out of control economy, Jordan’s Monarch has again increased the prices of basic staples of life ranging from Bread to Electricity, causing protests across the country.

Jordan’s economy is running on a just under 100% debt ratio. This, along with a lavish lifestyle that includes Jets, Yachts, Mansions in multiple countries and gambling junkets to foreign lands allows the King and Queen to hob nob with the rich and famous (like Bono), while Jordanians starve.

To see the video of Jordanians protesting the king, his wife and his government, please click here: https://www.youtube.com/watch?v=dDCXiDo2V2g&t=47s

“Jordan is engulfed in a life and death situation,” Mudar Zahran, Secretary General of the Jordanian Opposition Coalition (JOC)said. “Unlike previous protests, these ones call openly for toppling the regime, and is spreading across the nation”.

The importance of the events to the world can be summed up as follows: Not only is the Queen a prima donna, but more importantly, the king is no longer able to control his own state-run media, let alone the growing throng of hungry people. The renowned Brtish paper, The Times, reported on the protests last Sunday with a full-page story, titled: “Hungry Jordan vents anger at prodigal royals-An economic crisis, rising food prices and protests at the ruling family’s lavish lifestyle are stirring memories of the Arab Spring”

“The king is losing control of the country department, by department, block by block and person by person,” Zahran continued. “In the past, this would never happen – to maintain control, the king would simply send in the military to put down the crowds, have the police or military arrest everyone, put them in jail, and then allow them to somehow disappear.”

“For some reason, the King is not arresting people,” Zahran added. “I believe its because putting them in jail is expensive, and as many of the chants heard during the demonstrations say, he is about to flee the country, and do so with billions of dollars in gold, jewelry, antiquities and cash.”

One of the most blatant example of their abuse of power and denial of rights occurred on 23 February 2017 when activist Seyaj AlMajali spoke at an anti-regime protests in Kerak, 100 Miles south of the Capital Amman. During his speech, he criticized the queen before the crowd, saying “The wives of Jordanians were from known families and respected themselves and did not appear on the cover of magazines with Bono”.

These words apparently were the “straw that broke the camel’s back”. Immediately upon hearing this, Queen Rania – in a rare exercise of her royal power – ordered AlMajali arrested. For the record, the “alleged” Bono-Rania connection has been a matter of controversy, mockery and rumors in Jordan for years, and it clearly bothers the queen. To show their disdain for her actions, and the actions of the king, the Jordanian public refers to her as “Marie Antoinette”, because of the lavish life style and multiple extra marital affairs. In fact, because of her actions and disdain for her subjects, many Jordanians are waiting for her to mimic Marie and say – “Let them eat cake”.

At the same time, the JOC, Jordan’s leading opposition group, is in the process of educating the US Congress about what the king is doing, and has notified them that the situation in Jordan is rapidly melting down, and the arrest of Siyaj Majali or Heba Melheim will push the peaceful protesters into violence.

According to Mudar, “The world needs to know that the regime’s actions will backfire on them and ignite a Syria like situation, undermining American interests in the region.”

Another example of how the Royal family is abusing their power is that of activist Heba Melheim who has been threatened with a Lobotomy for not wearing a ‘Hijab’.

According to the JOC’s Human Rights Secretary, Alaa Al Kofahi, “What the king and queen have done to Majali is evidence of a politically bankrupt regime, and it has to stop immediately.”

According to Zahran, “We demand that the UC Congress educate themselves about what the King is doing to his people, how he is working against American interest in the region and just exactly what other leaders in the region think of him.

“On behalf of the Jordanian people, the JOC demands that they release Majali and all other detainees immediately,” Zahran added. “If any activists who are exercising their right to free speech are harmed in any way, not only will every member of the US Congress and UK Parliament be educated about your actions, but we will pursue actions against you in the International Courts.