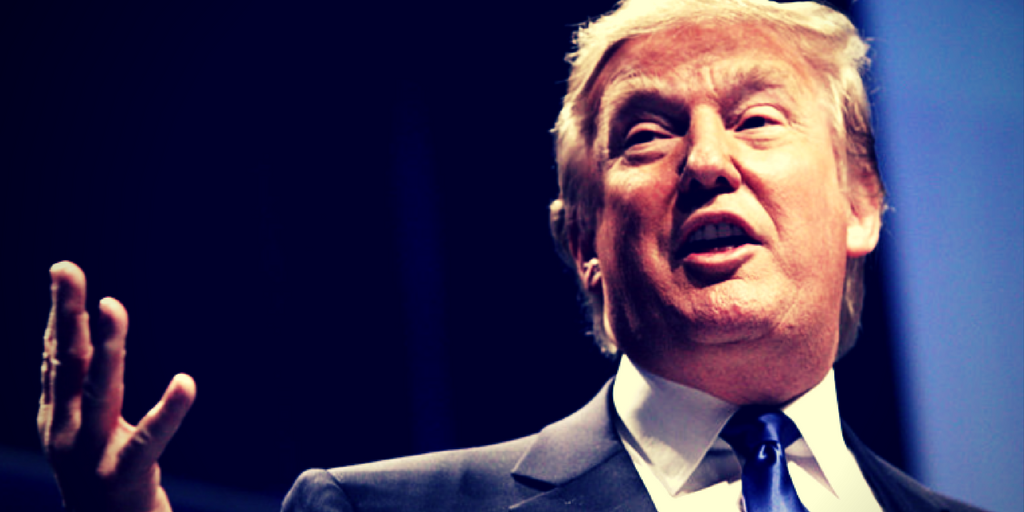 The Trump administration decision to recognize Jerusalem as the capital of Israel solidifies the US-Israeli partnership. Furthermore, US plans to cut $285 million in the United Nations’ 2018 budget not only makes a huge anti-globalist statement but classifies the US as a protector of Israel.

Many US pundits were fearful of a strong anti-Israel response from Arab nations. But, according to one report, the Arab League nations of Saudi Arabia, Egypt and Jordan are not objecting to the Jerusalem decision as strongly as some would have thought:

‘The Palestinians’ efforts to sway public opinion have been a complete failure, and as a result, Palestinian Authority President Mahmoud Abbas has created a rift between us [the Arab world] and Trump. We are once again left with the demagogic, hollow and inflammatory rhetoric of Turkish President Recep Tayyip Erdogan.’

Aside from Turkey, most Sunni Arab governments have more reason to worry about the expanding Iranian presence than the Israeli-Arab conflict. That has benefited the US as Saudi Arabia has not faced internal pressure to side with China and Russia to dump the US dollar and kill the petrodollar system.

From a purely political perspective, the President has strengthened his support from his base. An interesting political alliance pairing Infowars followers with evangelicals and Orthodox Jews has emerged. Those such as Wayne Madsen (investigative reporter who appears on Infowars), who are part of the ‘blame Israel’ crowd and who erroneously accused my friends at Israel Rising of trying to start a world war, are politically isolated. Sadly, there are also many fringe elements who engage in outrageous anti-Semitic conspiracy theories. These misguided individuals have some delusional belief that Jews are so smart that they have an incredible ability to control all world events. While no one is immune from criticism and there are bad people from all religions, there is no justification to infer alleged collaboration with any sort of conspiracy. There is no biblical text that commands Jews to control the world. On the contrary, the role of Jews is to be a ‘light among nations’. Of course, this does not preclude the nation of Israel from defending itself – especially against a crazed Iranian regime that directly threaten its citizens.

Perhaps, there was another reason the President felt that it would benefit the US the most (and himself in his battle against his deep state enemies) to side with Israel. As quoted from the book of Bereishit (Genesis), Chapter 12, verse 3, in regards to Israel:

‘And I will bless those that bless you, and him who curses you I will curse; and all the families of the earth shall bless themselves by you’

It would appear that President Trump has put his faith in G-d over practical considerations. In fact, a vast majority of rabbis in Israel enthusiastically embraced his Jerusalem decision with a letter stating that he ‘realized the vision of the prophets that the honor of Jerusalem rises among the nations’. According to Rabbi Mendel Kessin, President Trump is a transformative figure who will radically change and ‘purify America’ in a positive way.

In interviews from the past thirty years, President Trump consistently remarked how America was getting ripped off – i.e. sold out to foreign interests. For me, there was never much doubt that President Trump would drain the swamp – the only question was timing. He plainly put his reputation on the line with his campaign promise. If, in the future, it was proved that he protected known criminals, he would be considered a con-man and the biggest fraud in the history of the United States. Clearly, that was not his desired legacy.

For those who have been disgusted with the level of corruption in US politics, it was a potentially exciting idea for a Trump administration to make immediate arrests. This would have been the wrong strategy and extremely counterproductive. For example, to have a flourishing garden, one must take out the weeds by their roots and not simply cut them from the surface. Similarly, removal of the few top players would have left the whole deep state apparatus in place. With his strategy of keeping your friends close and your enemies closer (Mueller special council investigation), President Trump has exposed the individual members of the deep state that can now be fired or prosecuted. Also, the more time in office has allowed the President to collect and prioritize valuable data on prior administration activities. Even this past week, we learned about the bombshell story that the Obama administration let Hezbollah ‘off the hook’ to facilitate the Iran nuclear agreement.

This strategy has been enhanced by the left’s blind hatred of President Trump that has skewed their judgement. In fact, every time the left and its compliant media attempt to fact check each of President Trump’s statements, they enable him to set the narrative and push more of the populace toward his side.

What President Trump has done over the past eleven months in office is to expose the unbelievable level of corruption in the political system. They have been excruciating for his political adversaries (including the mainstream media) simply because President Trump did not play by their rules. While misdirecting his enemies (i.e. via Twitter), he was able to accomplish much of his agenda including the elevation of a Supreme Court justice and a historic tax cut.

While some view the Jerusalem decision as some sort of precursor to an ‘end of days’ scenario where a great war occurs, most reasonable people do not wish for that. In my opinion, a cataclysmic war can certainly be avoided with a greater awakening of those really responsible for the crimes committed over the years. Fortunately, President Trump has facilitated this awakening. Often, I am asked where I get my information. My answer is very simple – President Trump. For example, last month, President Trump sent a tweetthat pointed to a website called MAGA PILL that listed his accomplishments as President.

The Weekly Standard had a very harsh critique of the site as follows:

‘The website’s name, MAGAPILL, references Trump’s campaign slogan “Make America Great Again” along with the “red pill” concept popular among the online alt-right and white nationalist movements. Taking a red pill in these circles refers to being awakened to the “reality” of the alt-right worldview, an allusion to a plot device in the 1999 science fiction film The Matrix .…the website’s Twitter page remains active, tweeting out a mix of conspiracy theories, Fox News videos, news articles from mainstream outlets, and retweets of President Trump. In one recent tweet, MAGAPILL put out an unsourced image rife with outlandish conspiracies about the people and entities who control our institutions’

Supposedly, at the time of this tweet, the following post, detailing more outlandish conspiracy theories, was linked at the top of the site. Just to be clear, there is no way the President would have sent out this tweet without prior validation of this MAGA PILL site. So, which is it, are these conspiracies true or is the President a delusional narcissist?

Let’s take a moment to reflect on the Trump presidency. In a February tweet, President Trump vowed to fight the epidemic of human trafficking. Since then, scores of human trafficking rings have been broken up (in the US and abroad) resulting in thousands of arrests. Conversely, prior investigations into the Franklin scandal and affairs within the Clinton State Department were covered up in previous administrations. Then, in a photo op with military personnel on October 5, President Trump stated that it was the ‘calm before the storm’. When asked what that meant, he said ‘you’ll find out’. That same day, the NY Times published the allegations against Harvey Weinstein. Since then, numerous allegations have surfaced against Hollywood figures and DC politicians. Several industry executives (including Google CEO Eric Schmidt) have resigned. There is a willful ignorance, pervasive in our society, for those who cannot see that the swamp is being drained each and every day.

For weeks there have been rumors that thousands of sealed indictments exist across the country. What is even more shocking (in case you didn’t know) is that the US is currently operating under a ‘national emergency’. The following executive order was signed on December 21 and states:

‘I therefore determine that serious human rights abuse and corruption around the world constitute an unusual and extraordinary threat to the national security, foreign policy, and economy of the United States, and I hereby declare a national emergency to deal with that threat.’

You can draw your own conclusions as to where this is headed. So, back to my initial question – are these conspiracies true or is the President a delusional narcissist? If the conspiracies are true, then we have a President that is taking on dark forces at great personal risk and could arguably be considered a modern-day George Washington. Personally, I wouldn’t bet against the President.

Originally Published in News With Chai.