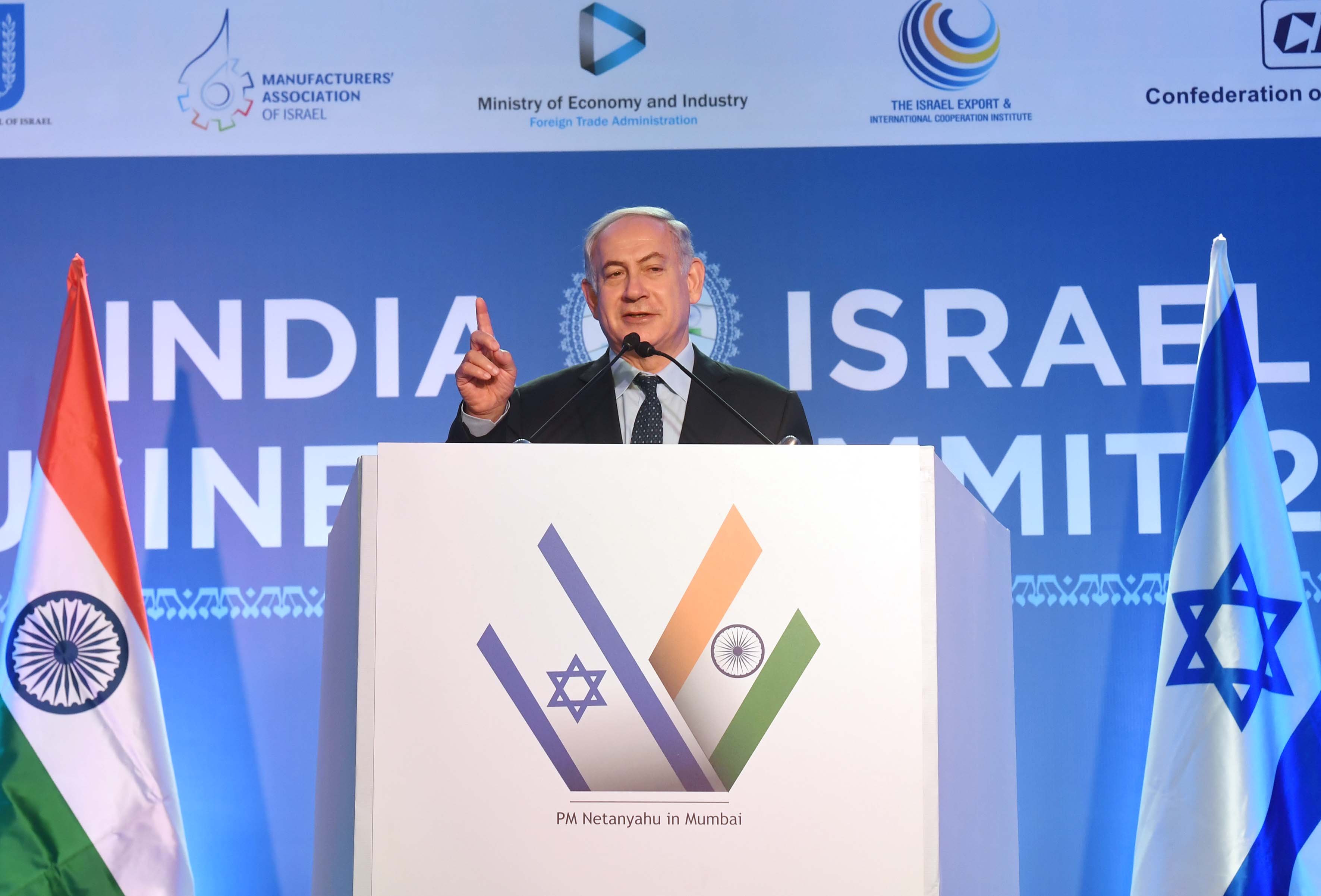 Prime Minister Benjamin Netanyahu, this morning (Thursday, 18 January 2018), at a power breakfast, met with senior Indian businesspeople. He called on them to invest in Israel in a variety of fields and invited them to join the long list of major international companies that have already invested in Israel and opened research and development centers there. The Prime Minister said that he was certain that in Israel they could find advanced technological solutions in a variety of fields.

Following is an excerpt from Prime Minister Netanyahu’s remarks:

“In this room there’s some of the most talented and successful CEOs from India and Israel and you got here because you’re great competitors. My message to you is: Never stop competing because competition benefits us all.

It’s what allows the development of the most cutting edge technology at the lowest price.

And I also want to warn you – don’t rest on your laurels. Competition never ends. It never ends. Now I know that you think, well, you know if you establish enough market share you can rest, It will be over. It’s never over. Even the giants now in the information world that are capturing the world, if they think it’s over- they’re over. Because you’ll have destructive technology, you’ll have something new coming in and taking even the giants down.

You can never stop competing. So we have to organize our national economies in a way that makes it profitable, makes it possible and makes it easy to compete and innovate.

We have to continue this process within our own countries but we have to bring the talents of Indians and Israelis together. One of the things that we’re trying to do is facilitate a simple thing – an efficient direct flight route between Israel and India of the kind that we have between Israel and Silicon Valley, the kind we now have between Israel and China, at China’s initiative. Because the ability to have these contacts is enormously important for you to build value and create innovation without our interference and with our support. This is what we’re committed to.

We are truly your partners. This is a partnership made in heaven. Let us now consecrate it on earth. Come to Israel, invest in Israel and Israel will come here as well.

Thank you. Thank you all. Much success to our great partnership.”