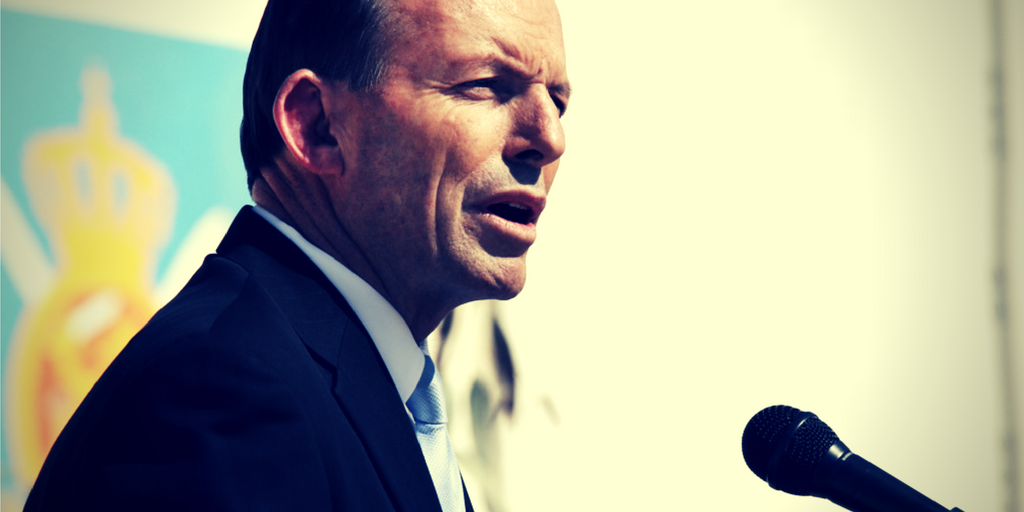 Former Australian PM Tony Abbott, a staunch ally of Israel broke ranks with current Australian Prime Minister when he sugggested that Australia should move its embassy to Jerusalem.

“Another way for Australia to demonstrate its unswerving support for Israel, as the Middle East’s only liberal, pluralist democracy, might be to join any move by the Trump administration to move its embassy to Jerusalem.”

Abbott also pushed for Australia to cut its “$40 million a year in aid to the Palestinian Authority while it keeps paying pensions to terrorists and their families.”

The Spectator Article, where Abbott wrote his views of how Australia should navigate the Middle East gave explicit and clear support to Israel while castigating the failed 2-State policy global elites have been forcing on Israel.

As the backlash grows against UNSC Resolution 2334  more and more politicians and leaders are beginning to voice their opposition to the UN’s singling out of Israel.  Abbott represents the wide populace in Australia, New Zealand, and North America that overwhelmingly support Israel and yet represented by governments who are often antagonistic against the only Jewish State.