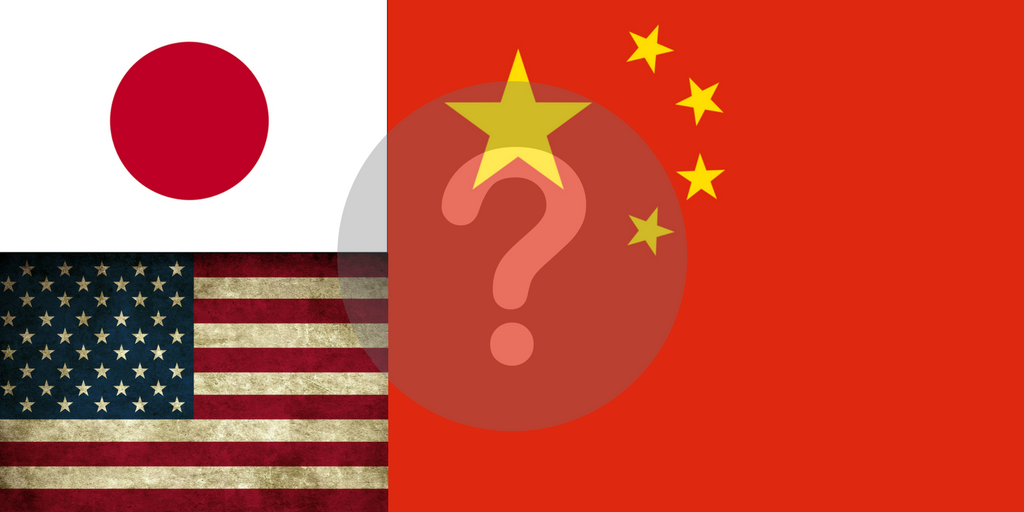 Massive changes in world alliances are occurring now, with the rapid decline of the petrodollar. This decline is led by China’s drive to move the Middle East into their sphere of influence. This past week, Reuters hinted at the petrodollar’s inevitable demise with an articletitled ‘The waning power of the petrodollar’.

Saudi Arabia is the cornerstone of the petrodollar system. The ‘blossoming friendship’ between Russia and Saudi Arabia is another direct threat to this arrangement. Saudi Arabia agreed to cut crude oil shipments to its customers in August by more than 600,000 barrels per day and will meet with Russia, among other nations, on July 24 to discuss compliance. According to a Moscow Times report, Saudi Arabia agreed to an arms deal valued at $3.5 billion with Russia.  They will also consider investing in a LNG plant currently being built by Russia.

But, to replace a global reserve currency, currently the US dollar, an alternative system must be implemented to replace the existing one.

New US Stance on China

By fixating on the theme of ‘Russia – Trump collusion’ charges, commentators in the US miss the reality that China is clearly the bigger (if not biggest) threat to US hegemony. While both Russia and China are two of the top three military powers in the world, the size of the Chinese economy (approximately ten times the size of Russia’s) gives China a substantially greater ability to inflict severe harm to the US economy than Russia. As forecast last November, instead of selling out US strategic assets to China, the Trump administration, to its credit, has implemented a more nationalistic approach to benefit its own citizens and not its personal interests. A Bloomberg report partly confirms this, as Chinese ‘cross-border purchases plunged 67 percent during the first four months of this year’ due to ‘tighter capital controls and increasingly wary counterparties’. This reflects a clear contrast to a prior administration that approved the sale of sensitive US missile technology to China. Interestingly, related entities, like a foundation, haven’t been (as of today) criminally prosecuted since witnesses strangely commit suicide before they were scheduled to testify. Also, the Trump administration is focused on potential Chinese spying. Guo Wengui, a Chinese dissident residing in the US, has claimed that China has ‘at least 25,000 Chinese intelligence officers and more than 15,000 recruited agents conducting espionage operations in the US’.

China is moving towards implementing some type of gold backed currency or trade note to minimize the role of the US dollar as the world’s reserve currency. Russia’s largest bank has just this week begun trading physical gold on the Shanghai Gold Exchange. Since virtually all business and consumer transactions today are done digitally, the viability of a gold standard remains in question. The days of going to your local store and buying an item for a gram of gold are long gone. China’s central bank (PBOC) has developed its own digital currency and there have been rumors that China will roll out a cryptocurrency backed by gold. Several firms have already introduced a gold-backed cryptocurrency.

With the world’s third largest economy, Japan maintains its place as a key participant to stunt Chinese ascendance. The Japanese central bank has bought stocks at unfathomable proportions as they now own at least ‘71 percent of all shares in Japan-listed ETFs’. Japan has officially moved to a policy of ‘unlimited money printing’ according to Forbes. While central bank manipulation can prolong unsound economic policy, there is no dispute that Japan’s massive debt load (approximately 234% debt-to-GDP ratio) can never be paid back.  So, before the Japanese Yen begins its inevitable decline on the path towards hyperinflation (like Venezuela or Zimbabwe), Japan must transition to an alternative system. Since they have negligible natural resources and a military force incapable of invading countries for profit, Japan appears to have settled on Bitcoin as their solution. On July 1, the consumption tax on the sale of Bitcoin was officially eliminated and over 260,000 retail stores are now poised to accept Bitcoin via a specialized application.

A fundamental appeal of cryptocurrencies (and blockchain technology) is its decentralized nature and its empowerment of individuals to bypass the central banking system of control. Japan has moved to the forefront of the break with central bank authority. The nature of China’s government, which censors the Internet and restricts free speech, cannot be expected to yield control to the individual in lieu of the state.

There may be some signs that more nations are wary of China’s ambitions. Last month, China attacked India and destroyed two Indian bunkers. After it flew six warplanes over the Miyako Strait between two southern Japanese islands in a military exercise, China dryly told Japan to ‘get used to it’. The US, India and Japan have aligned against this Chinese threat with recent naval exercises.

Perhaps, more nations will align with a renewed US led by President Trump who has worked to destroy the US deep state and who vowed at his inauguration to ‘seek friendship and goodwill with the nations of the world’ and ‘not seek to impose our way of life on anyone’ versus an increasingly imperialist China. Unfortunately, according to US military intelligence, defense cooperation and economic ties between Russia and China is slowly expanding. However unlikely, it would be most beneficial for US interests to drive a wedge between the Chinese-Russian alliance to forestall this progress.

The potential transition from the US as the world’s only superpower to something else will be a historic moment. It will inevitably arouse concern from countries historically allied with the US. These counties could take the advice of Philippines President Duterte who speaking on behalf of his own country said ‘We cannot forever be the little brown brothers of America. … We have to develop, we have to grow and become the big brother of our own people’.

Originally Published on News with Chai