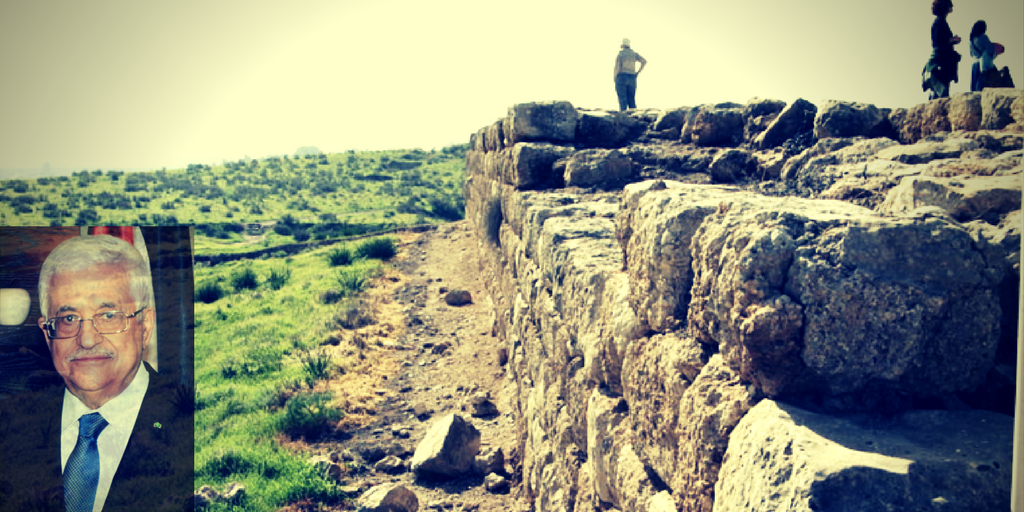 0
This past Friday, a group of Jewish hikers, accompanied by the IDF, visited an archaeological site known as “Hilkiah Palace” near Hevron. (source: http://www.israelnationalnews.com/News/News.aspx/227596)
According to the article on Arutz Sheva, as a result of the tour, an elaborate tunnel system from the time of the Bar Kochba revolt was discovered and explored. Its very important to note that the entire site wasn’t even discovered until 2014!!!
Now of course, the Arabs have a different take and, without any evidence whatsoever, claim: “that Khirbet al-Muwarraq is one of the most important Roman Empire-era archaeological sites in the occpupied Palestinian territory and represents an important part of Palestinian heritage.” (from fake Maan News – http://www.maannews.com/Content.aspx?id=776222)
Now here’s the problem: the Hilkiah Palace is in Area B. If it were in Area C, visits and development would always be allowed. However, because its is Area B, visits are very limited and responsible development (as opposed to arab plunder missions) is deemed impossible.
This is not right! Rejecting Oslo means rejecting all of Oslo. This is exactly what needs to be done. I’m not suggesting we immediately remove autonomy from heavily-populated arab areas, but there needs to be better national priorities. Sites like this castle and Joshua’s Tomb in Kifl Hares (also Area B), the graves of Pinchas and others in Awarta (also Area B) and of course Joseph’s Tomb in Shechem (ostensibly Area A) must be placed under Israel control! These sites, and many others, must be developed and made accessible to religious visitors and tourists.