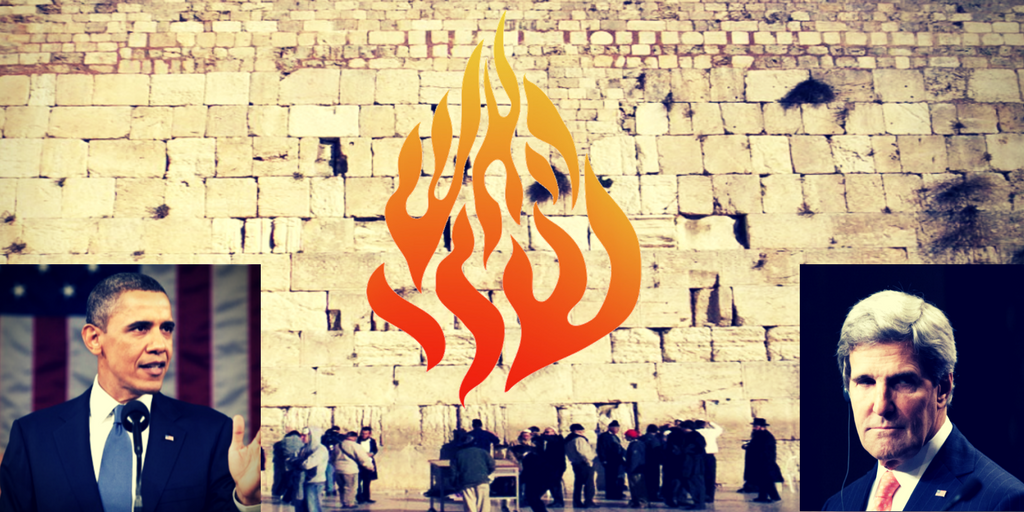 John Kerry told us we have to choose between being Jewish or Democratic. He means to say that in order to”save ourselves” we have to give up our traditions and beliefs for the world’s greater good. This, in his mind is the stumbling block to peace.

We have seen this show before. When the Maccabees revolted against the Greeks and their Jewish allies, Israel was being told to become Greek or else. We said no and the impossible happened. The Maccabees defeated the Greeks and the Hellenized Jews that fought with them. They cleaned the Temple and lit the Menorah.  The light of Redemption burst forth forward into history.

The Zionist movement did not begin in the 20th Century.  In a way it began when the Maccabees picked up arms and liberated the Jewish homeland from the Greeks.  In fact, Shimon the Maccabee said the following to Antiochus when the latter asked the Jews to pull back from the Lands they occupied in the war:

“We have not taken strange lands, nor are we ruling over foreign territory. We have returned to our ancestral inheritance, from which we had been unjustly expelled by our enemies. And now that we have been blessed with the opportunity, we will hold onto our ancestral land.” – 1 Maccabees ch. 15

Over a century and half ago Jews from all over the world began to come home to Israel and join the fledgling communities found in Jerusalem, Tiberius, and Tsfat. This movment of Jews grew and drew non-observant Jews. The masses of Jews yearned to be home and it was this yearning and crying that lit the flame of redemption in each of them.  The movement kept growing until it burst forth and could not be contained.

As World War 2 came to an end and the UN was created the global elite knew they had to find a way to contain the Jewish liberation movement. So they partitioned the Holy Land and with teary eyes the movement seemed to stop. With the light contained the world order would be safe.

19 years later the light of redemption burst forth again with the complete liberation of Israel by the Jewish Nation in six days.  The light was uncontrollable and no vessel could contain it.  The Jewish Nation was not ready for its mission and the light was used by the counter culture, leftists, socialists, and globalists. It was bent and harnessed for evil.

It is 50 years later and now the light is about to make its final push back to its original purpose, redemption. The light of Hanukkah cannot be contained.  Not by the UN, not by John Kerry, and not by Obama. The Creator wants to fulfill his promise to his children and return them home.

Rebbe Nachman of Breslov likens redemption to the game of dreidal played during on Hannukah. We have no control over the spinning.  Only the Creator knows when it will stop and what letter it will land on. Sometimes the letter is favorable and other times it is not.

Redemption is about understanding how to latch onto the light and go with it; being ready just in case the dreidel of redemption lands on your letter.

The world is surrounding us, ganging up on us one last time, yet it is Hanukkah and the light of redemption wants to return home.  When our enemies tell us to choose between their culture and being Jewish the light rises within us, drawing us to our destiny.  This cannot be stopped; not by Obama and not by John Kerry.

We were not stopped by the Turks nor the British. We could not be stopped by the five Arab nations that attacked us in 1948 or the UN which divided us. We burst forward and now we are home. We  have built and inspired., changed the world and led a hi-tech revolution and a spiritual rebirth. No one or no nation can prevent the Almighty’s light from shining.

Every Hanukkah we say: Praised are You God, Source of Life, who performed miracles for our ancestors in their day at this season.

Hanukkah does not stop. Its light is forever.  Those miracles are for then and for now.

The Redemption cannot be stopped, it is upon us.

Get ready the dreidel of redemption has spun…