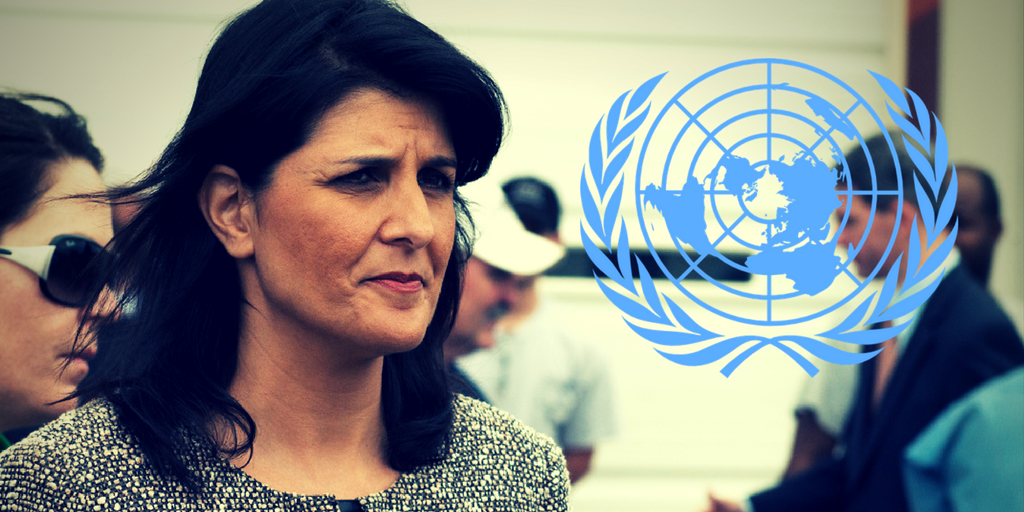 UN Ambassador Nikki Haley announced Sunday that the United States negotiated a $285 million cut in the United Nations’ “bloated” budget for next year.

“The inefficiency and overspending of the United Nations are well known,” Haley said in a statement from the US Mission. “We will no longer let the generosity of the American people be taken advantage of or remain unchecked.”

Haley added that the “historic reduction” in spending is a step in the right direction and that the US would make many other moves toward a more efficient and accountable UN.

“In addition to these significant cost savings, we reduced the UN’s bloated management and support functions, bolstered support for key US priorities throughout the world and instilled more discipline and accountability throughout the UN system,” the statement said.

The new UN budget deal for the 2018-2019 fiscal year totals $285 million less than the United Nations outrageous $5.4 billion budget for the current year .

Haley continued on to say that she hopes to continue making more reductions in the UN’s budget in the years ahead.