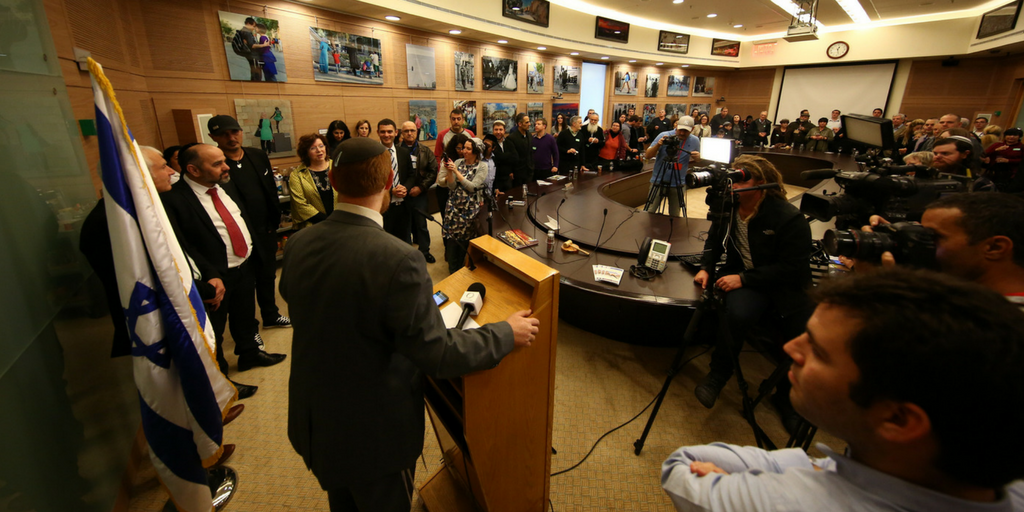 Yesterday (Tuesday), the Knesset Education Committee held the inauguration of “Jerusalem Now & Forever,” a photo exhibition celebrating the 50th year of the reunification of Jerusalem.

The exhibition features photos from the renowned “Photographer of Jerusalem,” Sharon Gabay, which capture the beauty, diversity and tolerance of the Holy City. The exhibition will be displayed in the Knesset over the next two weeks, and will then be exhibited throughout the world in 2017, providing people everywhere with the opportunity to celebrate Jerusalem’s 50th year of reunification.

The exhibition is the initiative of Israel’s largest grassroots Zionist movement, Im Tirtzu, which has teamed up with Sharon Gabay to bring the beauty of Jerusalem to the world. According to Im Tirtzu, the exhibition will serve not only as a tribute to the City, but an answer to those that will use the 50th year of Jerusalem’s reunification to attack the city and the State of Israel.

MK Glick, who invited the exhibition to the Knesset, delivered the opening remarks: “A picture, as is known, is worth a thousand words. These pictures deliver a clear message that Jerusalem is a beautiful city, alive and well. A city in which millions of residents of different colors and beliefs live in harmony. Jerusalem at its essence, and as evidenced by its name, is a city of peace. In the words of Isaiah the Prophet, ‘for my house shall be called a house of prayer for all people.’”

Sharon Gabay said: “There are many people here who see the photos and are surprised. I am not surprised – whoever would take a camera and walk around the city – this is what he would see. When they talk about Jerusalem in the news we only see wars, checkpoints, fire and smoke. But I want to photograph the truth, and the truth is that Jerusalem is a pluralistic city that accepts everyone.”

Im Tirtzu CEO Matan Peleg talked about the deep connection between the Jewish People and Jerusalem:

“The Jewish nation is the only nation in history that under the wedding canopy makes a declaration to remember their eternal capital. ‘If I forget thee, O Jerusalem’ is not just a territorial promise, but part of the very essence of the nation. Displaying this exhibition throughout the world will enable the Jewish People to experience the joy of Jerusalem.”

Chairman of the Education Committee MK Yakov Margi also blessed the exhibition: “The exhibition expresses the message of Jerusalem: coexistence and peace. This is an exhibition that needs to travel the country and the world, and go to places that only receive a very selective Israeli experience.”

Deputy Mayor of Jerusalem Ofer Berkovitch and MK Haim Jelin were also among the speakers at the exhibition.