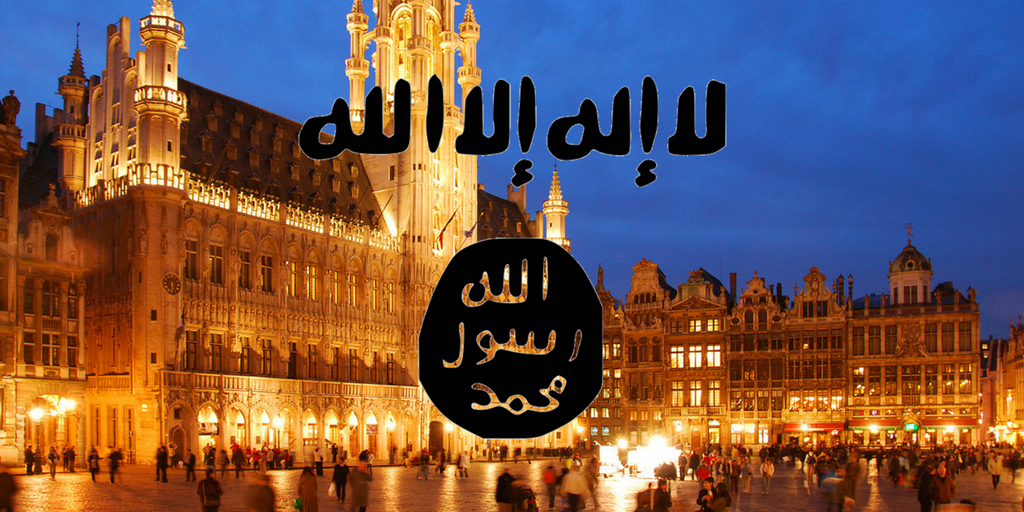 Radical Islamic terror is sweeping through Europe.  This evening in Brussels a man wearing a suicide vest detonated in a train station when soldiers attempted to arrest him.  Witnesses said he screamed “Allahu Akbar” before exploding.

After the explosion, police cordoned off the area as pedestrians fled in panic.

The upsurge in Islamic terror as more and more refugees flood Europe is beginning to weigh heavy on the populace. Despite the fear that is sweeping Western Europe, politicians are intent on bringing more and more Muslim refugees.

The sheer scope of the violence in Europe is staggering. While Eastern Europe has begun to close off its broders to migrants, Western Europe seems to be either blind to the problem or willfully ignorant. Even if Europe would shut down its borders today, the amount of migrants in most West European c0untries coupled with a negtive birthrate amongst non-Muslims means in less than a generation, Europe will be overrun by homegrown Islamists.

Can it be saved?  At this rate, the Europe as we remember it, is no longer.