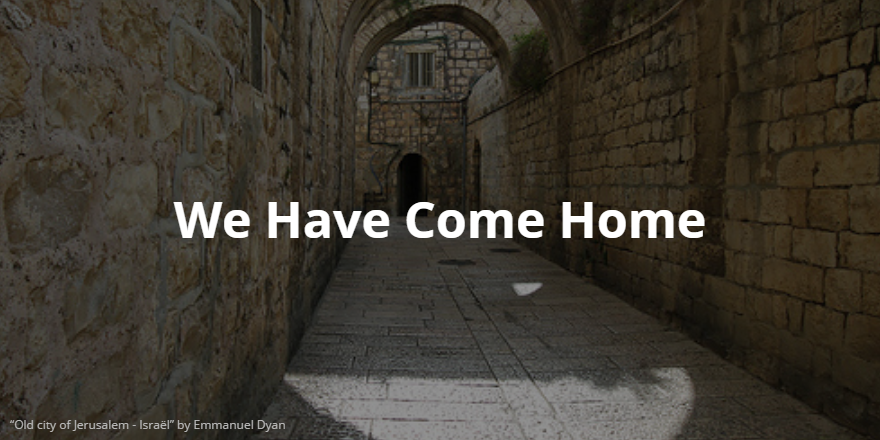 The age old “struggle” many Jews undergo when marking their ethnicity on application forms is actually one of major significance. But prior to understanding the ramifications of clarifying our identity before the eyes of the world, we must first clarify it to ourselves:

Semites and not white

Jewish origins, identity and history are clearly separate from those of the “white people world”. Our ancient Israelite Kings and heroes, unique ethos and Middle Eastern culture form a distinct Semitic identity, one that our ancestors proudly held on to even though it was so often the source of the discrimination they suffered in Western countries over the last two millennia. Jews seeing themselves as “white people” is a clear expression of a break with our authentic historical self-definitions and represents the intense colonization Jewish identity has undergone in the last couple centuries.

The Western world’s insistence upon classifying Jews as “white” negates the fact that for thousands of years we have self-identified as a tribe of people distinct from the European nations. And truth be told, the idea that if you look a certain way, gain certain privileges or make a certain amount of money, this somehow automatically classifies you as “white” for all intents and purposes (regardless of whether or not this coincides with your authentic identity) is actually a form of cultural imperialism. A truly progressive society should respect the differences among peoples and acknowledge that the real goal must be unity through diversity and thus no one should be required to sell out his identity in order to be socially accepted.

Middle Eastern and not Western

With our origins in Judea, Jewish culture being authentically Middle Eastern and the Hebrew language being a Semitic tongue indigenous to the Levant, the Jewish people are clearly not a Western people. While Israel may be more technologically developed or more democratic than other countries in the region, neither of these components is essential enough to redefine our people’s collective identity for over three millennia. We are clearly neither a byproduct nor a branch of the Western world, but rather our own unique Semitic civilization.

A people and not a religion

Throughout history Jews had always self-identified as members of a distinct tribe with an identity, culture and historical narrative separate from those of the world around them. Only as the result of the Enlightenment movement and the desire of individual Jews to integrate into European society, whatever the cost, did those Jews living in the West begin self-identifying as “white people with a Jewish religion.” When Jews today self-identify as such, what they are essentially saying (even if it’s not what they personally feel) is that they are not really part of the Jewish people but part of America or the European nations, along with their culture, historical narrative and identity, with the only thing distinguishing them from their non-Jewish neighbors being some trivial religious differences.

Many of the major problems Israel faces today are actually a butterfly effect to the dissolution of Jewish identity and its break with our authentic historical self-definitions. White people don’t have a right to a country in the Middle East. The only way the world can accept the presence of a Jewish state in our historic homeland is if Jews are an indigenous people who actually belong in the region. Start-ups and being the first to help in Haiti do not legitimize our presence here. Being indigenous does. And while Jews ARE an indigenous people trying to assert our rights to live in our ancestral lands, we are simultaneously branding ourselves as white. Unfortunately we fail to realize that the more Jewish identity assimilates into Western definitions and surrenders itself to Western social constructs, the further we are reinforcing the anti-Israel accusations depicting Zionists as European colonialists. If we declare ourselves to be white, we have no right to complain when others portray us as invaders. Instead of complaining, we must clarify who we are and that the source of our legitimacy for an independent Israel stands on firm historic and indigenous rights, rather than a need for a shelter-state created in some random swampland for “European” refugees.

Jews are Semites and not whites, Hebrews and not Westerners, Middle Easterners and not Europeans, a people and not a religion. We are indigenous to Judea and to Jerusalem and not to Russia or Kiev. We are the “Other” on application forms that still lack a “Semitic/Middle Eastern” box.

The time has come to both embrace and assert our unique identities rather than falsifying who we are in a counterproductive pursuit for Western approval. It is time to shake off phony perceptions of ourselves and let the world know that Jews are a proud Semitic people indigenous to the Land of Israel.