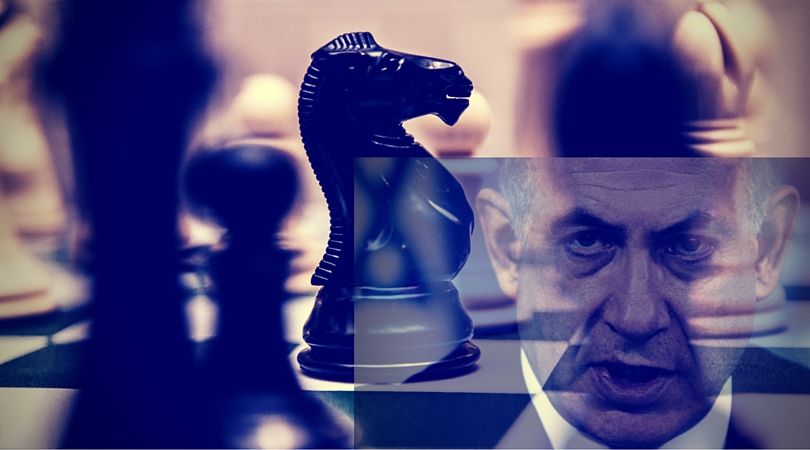 He has been able to deal with a very antagonistic Washington administration, while dodging about everything the Israeli political scene can throw at someone. Bibi’s political mastery is perhaps one of the most envied talents around.  It also makes him the most despised politician by his enemies.

Part of Bibi’s ability to manage the chaotic Israeli political arena is precisely because of the chaos that exists within it. The ever consummate chess player, Bibi keeps his real views to himself, while he allows his opponents to cannibalize themselves.

Prime Minister Netanyahu relies on a loyal circle and the power of the Prime Minister’s Office (PMO) to create a de facto executive branch within the actual government. Under Netanyahu, Israel’s Prime Minister has come far closer to the US Presidency than ever before.

We have seen this most clearly in Bibi’s appointment of Yossi Cohen to the head of the Mossad. Cohen was the National Security Advisor to the Prime Minister.  He has been a close confidante of Bibi’s for many years and now he heads up the world’s most successful intelligence agency.

We also see this by placing the Foreign Ministry under the PMO. Sure there is a Deputy Foreign Minister who acts as its face, but day to day the PMO runs the show.  There are more and more examples of this.

Many pundits are aware of the situation.  Even Shelly Yacimovich expressed similar sentiments in 2014, before the current coalition. “This situation is not only ridiculous, it is also reckless,” Yacimovich warned. “The government of Israel is not a political game in Netanyahu’s hands or a nice hobby. It is the sovereign of Israel, the power that runs our complicated lives.”

The centralization has only increased.

Israelis have generally trusted Bibi Netanyahu.  This does not mean they like his style or politics, but in a world that appears to be increasingly chaotic, they see him as the most capable of navigating the current ship.  That is until the eruption of the present intifada.  As days grind on and more and more people are getting killed and hurt, a certain hole is being punctured in the inevitability of the Prime Minister.

So far no real challenge exists, but polls indicate  a growing dissatisfaction with Bibi’s handling of the security situation. Could be Bibi’s inability to crush the current violence open him up to being taken down? So far it is not clear.  However, it is precisely his obsession of keeping his political opponents at bay, which has seemingly boxed in his ability to deal with the deteriorating security situation.

The obsession at staying in power is a focus that seems to many to take far more energy than unleashing the security forces in a far more proactive way.  It’s true, Israeli politics has long been far more akin to a mafia movie like Goodfellas or Godfather than something that actually works in a stable format. With that in mind Bibi has done a good job stabilizing the “game,” and yet, that’s just it, Bibi has spent most of his energy holding things together, not pushing them forward.

Israelis are tired of tough speeches with no action. With everyday that goes by with no solution, weary Israelis are becoming more and more ready for a change, no matter who brings it.