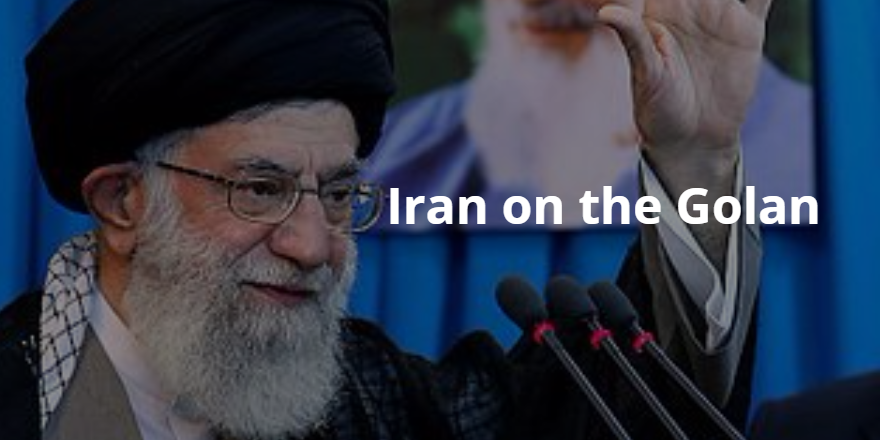 The political and military echelon in Israel have often stated that Israel is staying neutral in the Syrian civil war.  Any attacks on Syrian targets were meant to prevent game changing weaponry from falling into the hands of Hezbollah. After all, they insisted, our enemies are killing each other. No one seemed to be able to foresee direct Russian involvement and with it Iranian ground troops moving closer to Israel.

When the dust settles between Russia and Turkey their ISIS allies, Iranian, Syrian, and Hezbollah forces will in fact attack Israel. Despite what the leadership will tell us, their “neutrality” during this war enabled Iranian troops to fill the void left open on the Syrian side of the Golan. This tactical blunder on Israel’s part could have been thwarted as late as this past June. Jabal Al Druze or otherwise known as Druze Mountain is a district and home to a large portion of the Syrian Druze population situated East of the Golan Heights on the border of Jordan.  It is a mountainous region and until the civil war the population remained 100% loyal to Assad.

With chaos reigning, ISIS forces began closing in on Jabal Al Druze in June and since the Druze are considered apostates by the Jihadists, many experts believed they would be killed on mass. Israel’s own Druze population wanted more to be done and yet nothing overt was undertaken.

All of this was before Russian involvement, when Assad looked as if he was finished. Israel’s opportunity to push their security line far to the East was missed and now a resurgent Assad can once again count on the loyalty of the Druze there.

One of the reasons why Israel did not go into Jabal Al Druze was because the Israeli elite abhor the appearance of seeming like the aggressor.  The problem with this approach and especially in this situation, was that the Druze really looked under threat and given Israel’s own loyal Druze populace and the blood bond many of them feel with the people of Israel, extending the IDF’s control over this area would have been wholly explainable to the international community.

By the way, it should be noted that Jabal Al Druze was actually an autonomous region from 1921 to 1936 when Syria was under French control.

Five months later, and the Middle East has changed into something unrecognizable. Timing is everything in war and staying neutral is never an option within a fluid situation.  Bibi Netanyahu’s strategy has always been to wait this out, but opportunities are lost when you don’t move in time. The loss of moving Israel’s security line East, by harnessing a thankful Druze population in Southern Syria, now means Iran is at Israel’s border.

How fast the next stage of the conflict progresses is anyone’s guess, but if the last 2 months are an indication, staying out of Syria is no longer an option.