Indian prime minister Narendra Modi has earned a deserved reputation as a no-nonsense opponent of appeasement.  His expansion of the India-Israel relationship and personal affinity with President Donald Trump and Israeli prime minister Benjamin Netanyahu have strengthened that perception.  The latest evidence that it is more than a perception came this week, when Modi’s government discontinued half-century-old government subsidies provided to Muslim pilgrims going on the Hajj.  The Hajj is an annual Islamic pilgrimage to Mecca that Muslims must carry out at least once, so long as they are physically and financially able – artificial conditions that the subsidy is intended to create.

That’s right: the government of India has been spending badly needed funds for one religious community’s annual pilgrimage.  (There is even a special terminal in New Delhi’s Indira Gandhi International Airport exclusively for Hajj pilgrims, which is closed for most of the year.)  Since 2008, about 120,000 Muslims have utilized the government money to go on the Hajj, according to the Indian government, costing the Indian people almost a half-billion dollars in the last five years alone.  This money now will be used for educational purposes, especially for girls who have been particularly underserved in accordance with community practice.

According to minister for minority affairs Mukhtar Abbas Naqvi, “[t]his is part of our policy to empower minorities with dignity and without appeasement.”  Putting an end to Modi’s predecessors’ policies not only does that, but also reduces the role of big government in India, which has been another major element in the prime minister’s actions thus far.  As he promised to do both during and since the 2013 election that brought him his landslide victory, Modi’s conservative government is eliminating the wasteful spending by leftist opponents, which they often carried out to garner the large and largely united Indian Muslim vote.

Next Post The Israeli Left's "Come to Bibi Moment" 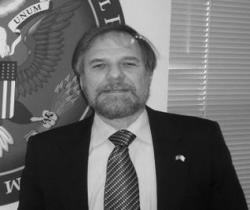