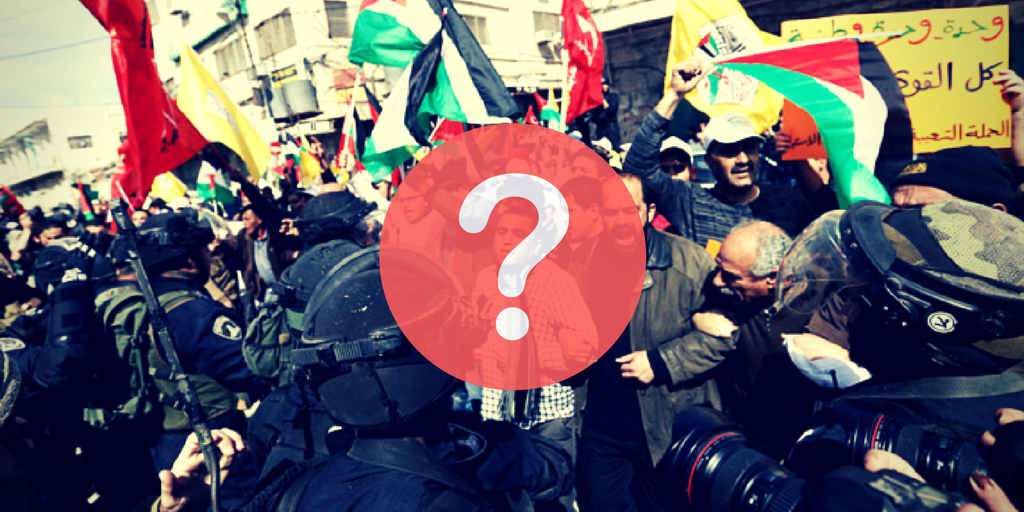 Dispelling doubts as to the feasibility (and morality) of largescale, financially incentivized emigration as the only non-kinetic approach to resolve the Israel-Palestinian impasse.

Consideration should be given even to the heroic remedy of transfer of populations…the hardship of moving is great, but it is less than the constant suffering of minorities and the constant recurrence of war

President Herbert Hoover, The “Great Humanitarian”, in “The Problems of Lasting Peace”.

With all the money that has been invested in the problem of the Palestinians, it would have been possible long ago to resettle them and provide them with good lives in Arab countries.  Andrei Sakharov, cited in “The New Republic”, June 22, 2009.

The rise in the number of international migrants reflects the increasing importance of international migration, which has become an integral part of our economies and societies. Well-managed migration brings important benefits to countries of origin and destination, as well as to migrants and their families-. Wu Hongbo, UN Under-Secretary-General, 2016.

Followers of this column will recall that for well over a decade I have promoted what I have designated: “The Humanitarian Paradigm” (HP).  This paradigm prescribes, among other things, large-scale financially incentivized emigration of the Palestinian-Arab population, resident across the pre-1967 lines, as the only comprehensive, non-kinetic policy blueprint that can enable Israel to adequately address both the Geographic and the Demographic Imperatives, which it needs to contend with in order to endure as the nation-state of the Jewish people.

Several reservations have been raised regarding my proposed prescription on various grounds, including skepticism as to its economic affordability, political feasibility and moral acceptability. Some have claimed that an alleged sense of “intense nationalism”, social pressures, and fear of retributory fratricide will preclude any chance of large-scale emigration of Palestinian-Arabs.

Such skepticism flies in the face of logical reasoning, historical precedents, empirical findings and the revealed preferences of significant segments of the Palestinians-Arabs themselves.

Accordingly, in the ensuing paragraphs I will attempt to address these reservations, show them to be largely unfounded, and demonstrate that the HP is not only eminently feasible but unequivocally imperative if the Jews are to preserve their national independence and political sovereignty.

But before addressing the FAQs (Frequently Asked Questions) regarding such feasibility, allow me to convey—in brutal brevity—what sets the HP apart from ALL other proposals for resolution.

This differentiation resolves chiefly around two elements: (a) the atomization of implementation; (b) the de-politicization of context.

With regard to the former, since the envisaged compensation will be offered directly to individual family heads/breadwinners, no agreement with any Arab collective (whether state or sub-state organization) is required—merely the accumulated consent of fate-stricken individuals, striving to improve their lot.

With regard to the later, this reflects a sober recognition that, after decades of effort, involving the expenditure of huge political capital and economic resources, there is no political formula for resolution of the conflict and efforts should be channeled into dissipating the humanitarian predicament of the Palestinian-Arabs.

One of the most common queries raised as to the practicality of the HP is the question of cost.

In addressing this issue, it is important to keep three things in mind:

(a) The absolute cost of implementation is irrelevant; (b) There is inherent difficulty in reaching precise estimates of the required outlay; however (c) There is no need for fine-tuned precision estimates, since political resolve is the real constraint on implementation– not economic resources.

As to the first of these points, it is crucial to grasp that the absolute cost of the proposed measures is not really the issue, but rather the comparative cost, relative to other proposals – including the two-state formula – whose implementation is also certain to entail an ongoing multi-billion dollar price tag. Indeed, one of the few (arguably, the only) comprehensive study of the overall cost of the Oslo Process suggests that by 2014 it inflicted expenditures—excluding the cost of the 50-day long Operation Protective Edge—of almost a trillion shekels (a quarter trillion dollars) on Israel’s economy—producing nothing but trauma and tragedy for Jew and Arab alike.

As to the second point: The overall cost for large-scale relocation and rehabilitation of the Palestinian population across the  pre-1967 lines clearly depends not only on the scope of emigration grants offered, but on the  actual size of the Palestinian-Arab population in Judea-Samaria and Gaza.  In this regard there is fierce ongoing debate regarding the true population figures for Judea, Samaria and Gaza – with a discrepancy of well over a million between competing estimates.

Fortunately, precise appraisals of the required costs are not essential for assessing the affordability of the HP. Rough order-of-magnitude estimates are sufficient for this purpose. Indeed, as we shall see, the amounts required are dwarfed by the expenditures on other international ventures—which, predictably, produced results which, charitably, can be dubbed “disappointing”.

As I do not wish to become embroiled in an argument as to the real size of the Palestinian-Arab population, and as the envisaged financial grants would be distributed per family unit, I shall sidestep the issue and take as my point-of-departure a figure of 850,000 families (just over 60% in Judea-Samaria). This is far closer to the official Palestinian figures than to the alternative, more optimistic (and plausible) demographic estimates, which are almost 300,000 families lower! Assuming an average emigration grant of US$250-300,000 per family (which is roughly 100 years of GDP per capita in Palestinian terms) this would amount to a total budget of US$200-250 billion for the full implementation of the HP project.

While these figures might appear somewhat daunting, two points should be borne in mind: Today Israel’s annual GDP is approaching US$300 billion. Accordingly the total outlay would be 8-10 months of GDP.

Spreading this over, say, a decade-and-a-half (considerably less time than has been invested in the fatally flawed two-state endeavor) this would amount to 4.5-5.5% of total GDP. Accordingly, even if Israel was to bear this economic burden on its own, adding it  to the current levels of defense spending (5-6%), the economic burden would not reach the defense expenditure, as a percentage of GDP, through much of the 1980s and the first half of the 1990s (11-15%).

Moreover, if the wider international community could be induced to help shoulder the task, the entire enterprise could be completed far more rapidly, at a cost which would be virtually imperceptible, amounting to a mere fraction of a percentage point of the GDP of the OECD nations.

It must be firmly emphasized that the sums referred to here are inconsequential in global terms. Indeed, they pale into insignificance when compared to the multi-trillion dollar cost of the wars in Afghanistan and Iraq, of which over 90% was spent after (!) Saddam Hussein was apprehended and the Taliban dislodged, and which, even by most benign assessments, produced, at best, meagre results.

Accordingly it would appear that financial resources for a program that would cost considerably less than 10% of the cost of those engagements is not a real impediment to its implementation.

Of course, no-one knows precisely how many Palestinian-Arabs can be induced to emigrate without putting the matter to test. However, available evidence strongly suggests that extensive emigration is indeed eminently feasible. And there is certainly far more empirical support for it than there is for a stable two-state outcome.

A survey I commissioned as far back as December 2004 for the Jerusalem Summit, and conducted by a leading  Israeli polling institute, in collaboration with a well-known Palestinian center, showed that over 40% of the Arab residents of Judea-Samaria had actively considered emigration, while up to 50% did not discount such a possibility – even without being offered any material inducement. When the question of material compensation was introduced to encourage such emigration, the figure rose to over 70%!

It appears that this sentiment has only grown stronger over time.

Since then, a veritable slew of opinion surveys has emerged from Palestinian institutes showing a keen wish among the Palestinian-Arab population to emigrate. Thus, in 2007 the New York Times cited polls for Birzeit University, showing “35 percent of Palestinians over the age of 18 want to emigrate. Nearly 50 percent of those between 18 and 30 would leave if they could”.

Indeed the desire to emigrate grew so wide-spread that the Palestinian Authority’s mufti felt compelled to issue a  fatwa forbidding Muslims to leave, and berating the fact that “Many are continuing to rush to the gates of the embassies and consulates of the Western nations with requests for visas in order to reside permanently in those countries.”

Current polls conducted by the Ramallah-based Palestinian Center for Policy and Survey Research show, regularly and repeatedly, that between 25-35% of the Arab residents of Judea-Samaria and 45-55% in Gaza wish to emigrate permanently.

But perhaps more compelling than the findings of any poll are the revealed behavioral preferences of the residents of Gaza, who are paying massive bribes to extricate themselves from the grim realities of life there, risking drowning at sea in rickety boats, desperate to seek a better life elsewhere. These headlines in Al Jazeera and Al Monitor bear poignant testimony to their predicament and despair:  Palestinians paying thousands in bribes to leave Gaza; Escaping Gaza, hundreds of Palestinians drown; Gaza’s intellectuals are fleeing abroad.

Surely then, establishing an orderly system of ample financial aid to enable them to extricate themselves from the dire situation which the misguided attempt to foist statehood on them has precipitated, would  be eminently more humane, moral and pragmatic.

FAQ 3: But who would accept them?

One of the most frequently asked questions regarding the feasibility of the HP is “Which countries will accept them?”

I find this question particularly puzzling – especially given today’s realities of massive global population flows. Indeed, the UN recently published a report on global migration, revealing that in 2015 there were almost a quarter-billion migrants globally (up 40% since 2000), the majority of which were motivated by economic considerations. Thus it is difficult to understand why an envisaged yearly increase of a fraction of 1% in this number over the next decade would be such an inconceivable event.

Moreover, it should be recalled that, in contrast to many other migrants, the Palestinian-Arab recipients of generous relocation grants would not be arriving as a stream of destitute refugees.  Rather they would be arriving in an orderly fashion as individual immigrants of relative affluence by global standards, who traditionally have brought great benefit to the host countries that have accepted them.

Who would accept them? (cont.)

Consider the following example, which if not entirely realistic, is instructive in conveying the principle involved.

Suppose Indonesia – the world’s most populous Muslim country – were to open its gates to the Palestinian-Arabs across the pre-1967 lines, who, in turn, decided to emigrate to that country. This would entail an increase of a little over 1% of the Indonesian population (around 270 million) but an influx of over US $ 250-300 billion into the Indonesian economy, where total GDP is around US $ 900 billion. Moreover, each of the Palestinian breadwinners would arrive with a sum worth around 80 years of Indonesian GDP per capita (around US$ 3,500)  – the equivalent of over US$ 4 million in the US. Accordingly, they would in no way be impoverished refugees, or a burden on the local society/economy. Quite the opposite. They would be rather well-to-do individuals, capable of making a positive contribution to their new homeland

It is of course unrealistic to believe that all the Palestinians would head for a single destination. However if Palestinian-Arab emigration was distributed over several countries, they could be absorbed, resettled and rehabilitated with very little difficulty by a number of host nations with compatible domestic socio-cultural and religious environments – with the financial benefits accruing to these host nations being proportional to number of Palestinian-Arab immigrants they accept.

Given the crucial importance of this issue, I intend to continue this response to FAQs regarding the HP and to address further economic aspects, the question of threatened fratricide and the moral superiority of the HP over all other proposed policy prescriptions. Until then Shabbat Shalom.