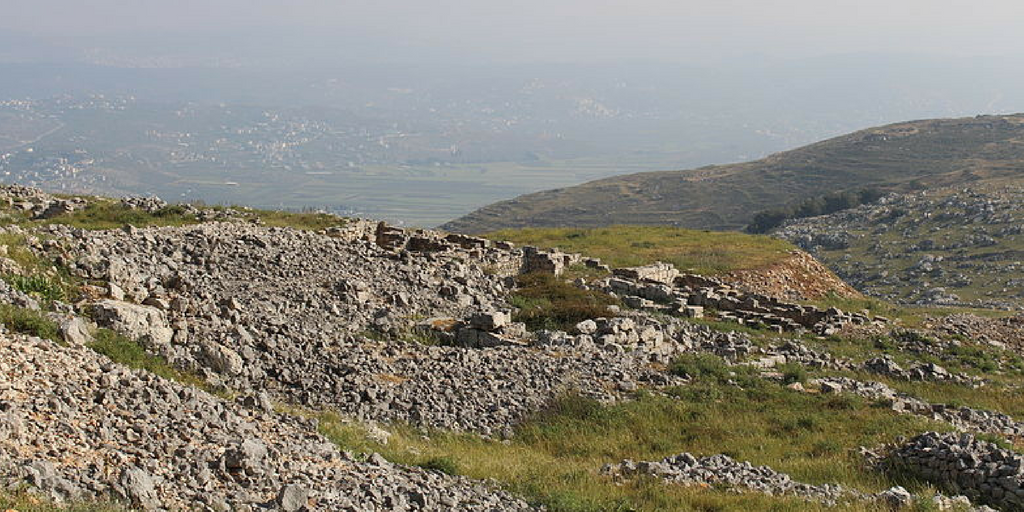 The last census that Israel conducted in Area C was in 1997.

With all the fanfare surrounding US President Donald Trump’s historic visit to Israel last week, a highly significant news item got lost in the shuffle and received very little attention.

On the day before Trump’s arrival, The Jerusalem Post reported that at the weekly government cabinet meeting, ministers approved a series of “goodwill gestures” to Trump, initiated by Prime Minister Benjamin Netanyahu and designed to benefit the Palestinians.
Eight ministers voted in favor, while Bayit Yehudi ministers Naftali Bennett and Ayelet Shaked opposed. The measures comprise economic benefits including the establishment of an industrial zone in Tarkumiya and Jalama, easing of restrictions at the Allenby border crossing, and new construction for Arabs in Area C of Judea and Samaria.

Regavim is adamant that it is that final gesture – building in Area C – which deserves further scrutiny before it becomes a reality.

Former Palestinian Authority prime minster Salam Fayyad’s lengthy manifesto calls on Palestinians to put facts on the ground in Area C, including schools, mosques and houses, in anticipation of failed negotiations between Israel and the PA. His hope is that with swaths of illegally funded (by the EU) towns and villages on the ground in strategic locations in Area C, the world community will automatically call for those areas to be transferred to PA control.

A visit to the E1 area, the South Hebron Hills and other locations in Judea and Samaria will prove that the PA over the past seven years has been attempting to implement the Fayyad plan, with an abundance of illegal building, funded mostly by the EU.

It’s important to note that many of the Palestinians and Beduin living in these illegal communities in Area C have been trickling into these areas from Areas A and B.

So the only real way to find out if there is a legitimate need for building in Area C, or whether this is all a ruse, is for the State of Israel to conduct an accurate census of the Palestinian population in that area. Regavim in fact has been demanding such action be taken since 2010.

The last time Israel conducted a census there was in 1997, over 20 years ago. Since then Israel has been relying on PA figures, but a slew of researchers have indicated that the PA numbers are inaccurate.

An example of the discrepancy is a 2011 UN Humanitarian Fact Sheet on Area C, which estimates that there are 150,000 Palestinians and Beduin living in that area, while Minister Bennett’s proposal to apply Israeli sovereignty over Area C claims that there are roughly 50,000 Arabs living there.

We will never know the truth without a proper census.

Regavim, which is in favor of the application of sovereignty over Area C, is not opposed to construction benefiting Palestinians who lived in that area since 1993, as long as a proper census is conducted proving that the need has arisen as a result of natural growth, as opposed to illegal transfers of populations from areas A and B.

At the same we believe that it is only fair that if the government approves construction projects for Palestinians in Area C that it should also approve building for the Jewish residents of the area as well.

When Regavim found out, just minutes before the cabinet meeting, that the prime minister would introduce his proposal, we immediately contacted our friends in the Knesset demanding that our conditions (mentioned above) be included as part of the motion. However, it was too late, and the gesture was approved without our addendum.

Since then, Regavim sent a letter to the prime minster and all other government ministers explaining why conducting a census is necessary before the government goes forward allowing building in Area C.

It is crucial to note that immediately following the release of the Fayyad Plan, the Jerusalem Center for Public Affairs’ (JCPA) Pinhas Inbari published a comprehensive article explaining the dangers of the plan and the need for Israel to maintain its “defensible borders” by continuing to exert control over Area C, especially in the Jordan Valley and the mountain tops overlooking Israel’s coastal plain.

That is precisely why Israel must count before it builds. We cannot risk making goodwill gestures, which might create a de-facto Palestinian state in Area C and jeopardize the security of the entire country.