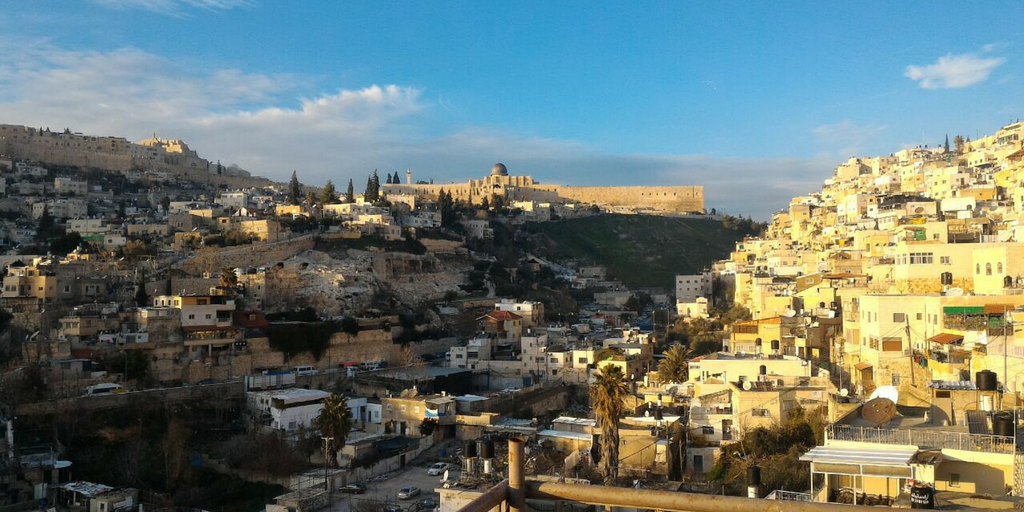 United Nations Security Council Resolution 2334, targeting the Jewish population in East Jerusalem and the West Bank, has given a new impetus to a discussion on violent conquest, occupation and colonization, which most of the international community rightly understands as immoral and illegal.

However, when taking into account 3,000 years of history and context, Palestinian Arabs, not indigenous Israeli Jews, become the offending party.

If one people violently conquered the territory of an indigenous people, forced them to declare allegiance to the conquering nation and creed at the point of a sword, foisted a culture, religion and language on the conquered people and treated those who refused as second-class citizens with far fewer rights, there would rightly be outcry, derision and, above all, condemnation.

If such actions are wrong and unconscionable in principle, it should not matter when they took place — whether it was a few decades or a number of centuries ago.

Nevertheless, this principle is not accepted by the United Nations. In fact, it is turned on its head.

Wherever Arab and Islamic rulers conquered, they imposed their culture, language and — most significantly — their religion.

At first, Arab settlers and conquerors did not want to intermingle with their indigenous vassals. They often lived in segregated quarters or created garrison towns from which they imposed their authority on native populations.

Over time, non-Arab converts to Islam were assimilated into Arab-Muslim society through tribal “clientage,” which Abd Al-Aziz Duri describes in The Historical Formation of the Arab Nation, as “help[ing] to promote both the spread of Arabic and the expansion of Arabisation,” while slavery became rampant and unfettered.

Slowly, but surely, the “Arab world” that we know today was artificially and aggressively imposed.

Ancient communities were destroyed, cultures suppressed and peoples were expelled. Jews, Christians and Zoroastrians were given the status of al-Dhimma, a people who were heavily oppressed and taxed under law, with few civil rights and constantly under threat of expulsion or annihilation in many parts of the region.

Even today, Arab elites refer to their origins in the Arabian Peninsular, and many villages and tribes across the Middle East keep lineage records to stress their origins far from where their families may have resided for generations.

In the Land of Israel, which was renamed Syria Palaestina after the Roman suppression and expulsion of the indigenous Jewish inhabitants in 135 CE, some Jewish communities remained on their lands and in their cities for hundreds of years. Even Arab writer Muqaddasi complained in 985 CE that “the Jews constitute the majority of Jerusalem’s population.”

The Jews, the last people to hold sovereignty and independence in the land, were subsequently harassed and unequally treated by a series of Roman, Byzantine and Muslim conquerors, whether Fatimid, Ayyubid, Mamluk or Ottoman.

Jewish holy sites, like the Cave of the Patriarchs and Rachel’s Tomb, were built over with mosques, and with the imposition of a new Islamic religious and cultural imperialism, Jews were given limited or no rights of worship.

When many Jews started returning to their ancestral land in the late 19thand early 20th centuries after an extremely difficult dispersion, they never sought to disrupt or disturb those whose ancestors had conquered and occupied the territory while they were in their long exile.

Unfortunately, today, in most people’s view of the conflict between Israel and the Palestinians — a self-identity barely two generations old — the colonized have become the colonizers and the role of the native Jewish population turned upside down.

According to the United Nations, indigenous people are identified as having a history of pre-settler or colonial societies; a distinct language, culture and political system; and a place where the foundations of their civilizations were created.

In this conflict, only one people — the Jews — meet the criteria of indigeneity, while it is abundantly clear from a cursory understanding of history that the Arab Palestinians do not, as their origins, language, culture and religion came from elsewhere.

One of the most remarkable but overlooked elements of Israel’s history is that the majority of its Jews, almost a million of whom were ethnically cleansed from the Middle East and North Africa in the 20th century, threw off the language and elements of the culture that had been imposed on them throughout the Arab world to reclaim their ancient linguistic and cultural heritage in their ancestral homeland.

This is the long misunderstood historical context of the Israeli-Palestinian conflict. It is absolutely a conflict between an oppressed people fighting every day for the freedom to live in their ancestral and indigenous homeland against settlers and occupiers.

If the lens of history is widened, it becomes clear that the current paradigm of the Jewish people as settlers and colonizers and the Palestinians as native to the territory is the opposite of the truth.

The opposition to violent conquest, occupation and colonization is either a matter of principle, which should render it timeless, or there is a statute of limitations against these immoral and illegal acts, which should provide succor to those who continue to rule the lands belonging to other peoples.

Originally Published in The Hill.