DNA.Bits will make genetic information fully accessible to the researchers who need it, while using strong private keys to maintain digital DNA-wallet privacy and individual anonymity.

The novel concept will make the genetic information fully accessible to the researchers who need it, while using strong private keys to maintain digital DNA-wallet privacy and individual anonymity.

Dror Sam Brama, DNA.Bits’ CEO, is a local leader in a global revolution to give medical patients an unprecedented level of privacy, access and control over their personal medical records and genetic data – while simultaneously making the genetic data of the human race accessible to all.

Hospitals will still be able to monetize that patient data, meaning healthcare systems will be better equipped to heal patients, and by receiving access to such data, pharmaceutical companies will be able to produce superior drugs.

Patient data would live on a ‘side chain’ and when there would be a need for a monetary transaction, it would move onto the ‘main’ (ie: Bitcoin) block chain.

Possible revenue streams for DNA.Bits would be licensing of the platform to data hosts, or a percentage of the contracts that run on the platform. There could also be market-maker revenues from the connections between holders of medical data, holders of genetic data, health organizations and consumers.

Brama sees the company’s potential customers as the holders of those records and anyone conducting research, whether they be genetics companies, pharmaceutical companies, academic institutions or government public health departments. The global pharmaceutical market is now worth $1T. In the U.S., close to 20% of drugs are bioengineered products and, every year, the specialized genetic medicine market grows by 18%.

The pharmaceutical industry, in addition, is enormously hungry for patient genetic and medical-record data. DNA.Bits is building a system to funnel that data to the researchers who need it, but in a way that prevents patient privacy rights from being trampled.

Smadar Horowitz-Cederboim from The Jerusalem Center for Genetics and Society (JCGAS), said:

“The ability to cross reference large sets of dynamic medical and genetic records anonymously is a game changer in the fields of drug discovery, personalized medicine and genetic counseling.”

Dr. Efrat Levy-Lahad from the Shaare Zedek Genetics Institute said that in Israel, approximately 1,000 women die from breast cancer every year, for example. With a nationwide DNA screening and analysis program, experts at Jerusalem’s Department of Medical Genetics at Shaare Zedek Medical Center estimate that up to 200 lives could be saved annually.

What holds true for breast cancer in Israel is also applicable to countless other diseases across the world. The main stumbling block for such programs, though, is the question of privacy.

Patients, of course, have no reason to trust governmental agencies, hospitals, insurance companies, healthcare companies, pharmaceutical firms, or even nonprofits with their private data.

The beauty of block chain technology is that it enables the building of ‘trustless systems’ that remove the need for patients to put their faith in institutions or individuals.

Israel was one of the first communities to lead the surge into use of the block chain for non-currency focused activity.

So far, Israel has given the world the mastercoin protocol, the colored coins project, Xennet, Lazooz, along with some academic innovation for online privacy, such as ZeroCash, Ghost, and Snark.

Elsewhere, other companies are also employing block chain tech outside of the world of finance.

CoinDesk recently reported on how Proof of Existence is allowing content providers to publish their work on a block chain to protect their intellectual property rights. Even digital democracy could be revolutionized by using an altcoin called votecoin to hash and verify votes.

This story was co-authored with Jon Southurst.

Next Post India cancels $500 million Missile Deal With Israel...Now What? 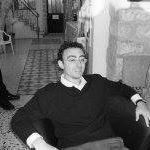 Yisrael David is dually based in Lod & HaRova Yehudi / Israel. A deep-believer in the power of unfettered capitalism, Yisrael David was originally trained as a Comparative Political Economist. He is a near-native speaker of Japanese & Hebrew. Mr. Zimmerman has vast experience helping innovative & disruptive enterprises to conquer new markets. His most powerful tools include government lobbying, radical business development techniques & raising seed capital .

Yisrael David is dually based in Lod & HaRova Yehudi / Israel. A deep-believer in the power of unfettered capitalism, Yisrael David was originally trained as a Comparative Political Economist. He is a near-native speaker of Japanese & Hebrew. Mr. Zimmerman has vast experience helping innovative & disruptive enterprises to conquer new markets. His most powerful tools include government lobbying, radical business development techniques & raising seed capital .